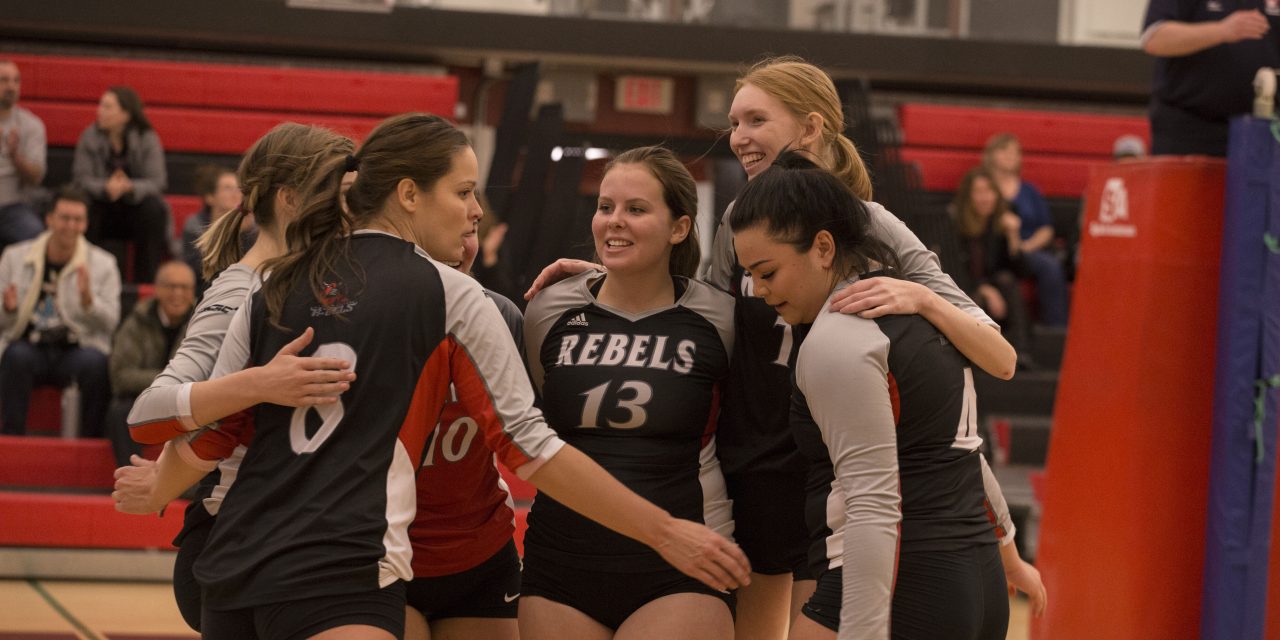 The RRC women’s volleyball team heads to the Christmas break looking to improve upon the record of two wins and six losses after the first half of league play.

The Rebels are currently ranked last in the five-team MCAC women’s volleyball league.

Head coach Dan McGregor believes the team is improving as the season goes on.

“We are working at serving more aggressively and trying to be more active when passing and playing defence,” said McGregor.

Chloe Orteza, a returning veteran, is the acting team captain and starting setter.

Orteza is in her third season with the team and says it has taken time for the team to build chemistry together.

“We have a lot of new faces, so we are continuing to learn and grow towards becoming a cohesive unit,” said Orteza.

The turnover rate for the team is every season due to the number of one and two-year programs that RRC offers. Many players earn their diploma and leave the team after only one season.

McGregor says it’s challenging to build a team dynamic early in the season with many new players who have never played together before.

He says he plans to make the practices more intense in the second half of the season, hoping to propel the young squad towards a playoff berth.

“That’s what it will take if we want to win. Once you’re in, anyone can win,” said McGregor.

Despite the slow start to the season, Orteza believes the team has a real shot at making the playoffs.

“I have high hopes for the new year…that we can buckle down and secure a spot in the playoffs,” said Orteza.

After the Christmas break, the team has back-to-back games against the second-ranked team: the ACC Cougars.