Things have been a bit too serious lately. Writing about drug policies, head injuries and coaches getting axed has been a little intense for me. This week, we’re talking about hair.

Why write about hair? Well, after the Florida Panthers’ Jaromir Jagr announced he plans to grow back his mullet, I have to.

Jagr’s hair is so iconic I can’t picture him without it, despite the fact he’s had short hair for over a decade.

I’ve been reading plenty of articles about Jagr’s hair potentially increasing ticket sales for the Panthers as fans flock to see the magnificent mullet in all its glory.

Will Jagr’s hair actually increase ticket sales? I know I would be 100 per cent more interested in seeing a Panthers game that included the hair that helped Jagr reach 62 goals in the ’96 season.

However, I’m not sure Floridian hockey fans know as much about hockey hair history as I do.

Hair is prominent in sports. Don’t believe me? Troy Polamalu had a million-dollar insurance policy on his hair. You don’t get an insurance policy of that magnitude just because you love your luscious locks. Polamalu and his hair even starred in a series of commercials for Head & Shoulders. Maybe you’ve seen them?

At first, I thought a million dollar hair protection plan was ridiculous. Then I watched an old clip on YouTube of the Kansas City Chief’s Larry Johnson tackling Polamalu. As Polamalu sprints by, Johnson reaches out and grabs a handful of Polamalu’s mane. He yanks Polamalu to the ground and pulls him up by his hair.

The NFL fined Johnson, not for tackling Polamalu by his hair, but for pulling him back up with it. In football, it’s completely legal to tackle someone by his hair, according to a regulation nicknamed the “Ricky Williams Rule.”

Williams’ famous dreadlocks have been yanked on a run or two, and he’s far from the only running back to have his dreads tugged on.

The Jacksonville Jaguars’ Jason Babin tackled the Arizona Cardinals’ Andre Ellington by his hair during a 2013 game. After the play, Babin showed off a couple of dreads he pulled right out of Ellington’s head. But don’t worry – Ellington got his hair back in a plastic baggy.

I’ve always admired the awesome hair so many athletes have, but if I had the choice between a sick flow that got pulled on or a boring ‘do everyone left alone, I think I would pick the latter.

Jordan Haslbeck is a reporter for Bison Sports

and a mediocre beer-league hockey defenseman. He co-hosts Not Even the Press Box,

a weekly radio show about the Winnipeg Jets at radio. rrc.ca. 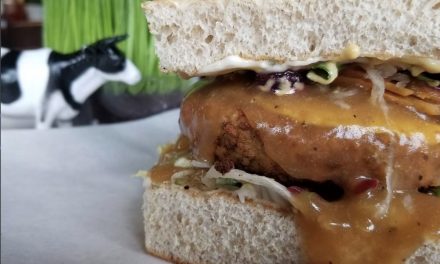