The five onion rings of the Olympics

Working as a server, I’ve begun to notice a pretty popular schedule. Servers stay up late, sleep in, then wait for their next shift to start.

I have an internal clock that thinks it’s fun to run on only four to five hours of sleep every night. So after heading to the gym at 8 a.m., I usually plant myself on the couch and watch sports until my shift starts. It sounds lazy, but when you’re speed walking around for seven hours straight—with no breaks— you need your strength.

I watch the usual daytime sports. You know, tennis during the big tournaments, golf starting on Thursdays, and baseball in the afternoons.

This summer wasn’t too different, except for the fact that it was so much better.

Every two years we’re blessed with weeks of national pride you just can’t explain. And for me, the Summer Olympics are the best Olympics.

I spent those 17 days attached to my couch, and when I couldn’t be at home, I was on my phone. Did we get gold in trampoline again? How many points does Brianne Theisen-Eaton have in the heptathlon now?

I’ll be the first to admit it. I don’t care about gymnastics the rest of the time. But during the Olympics, I was that person telling everyone Isabela Onyshko is from Minnedosa. And it’s like that for all the sports. It’s just like March Madness.

I have a theory for this one. I don’t think it’s only about national pride. Feel free to disagree, but I believe we like to feel bad about ourselves. We see all these beautiful bodies doing amazing things, and suddenly we can justify our life choices.

You see swimmers with the same bodies like they’re from the same mold and think about how you wouldn’t fit in with that body type, so why would you even try? I’m not tall like a volleyball player or ripped like a triathlon athlete, I don’t have powerful arms like a discus thrower or the agility of a badminton player, so I’m okay just doing what I’m doing.

However, after a long summer of serving, maybe I should look at getting into race walking. 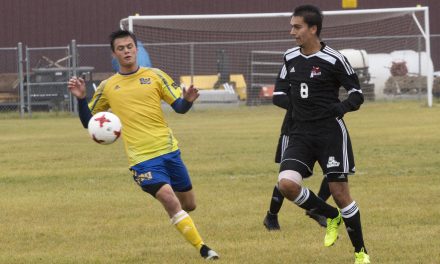 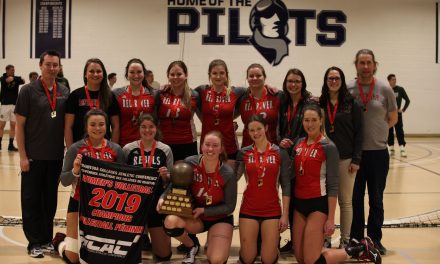