The year in sports

This is it, you guys. My last column.

It’s been a great year for sports, and I’ve had a lot of fun writing this column for you. It’s made me a stronger writer and has given me a great reason to still keep up with what’s going on in the world of sports.

I started this journey a year ago with writing about March Madness—a column I’m still very proud of. It felt like the first opportunity I had to give my opinion on something I cared about in a form that other people would see. It was a thrill. I talked about picking with your brain over your heart but admitted that I still chose the University of Oregon because they’re my favourite team.

Let’s look back at the year we had.

Kobe Bryant retired. Kobe Bryant, a name I’ve known for as long as I can remember being interested in sports. My dad told me that I should cheer for the Los Angeles Lakers because they were purple and did well that year. So I did. This was when I was in Grade 4, so don’t judge me too harshly.

The Summer Olympics happened, and everyone fell in love with all the underappreciated sports again. Usain Bolt won gold in both the 100m and 200m for the third time, but had his medal from the 4x100m race in 2008 stripped from him in January.

The New England Patriots won the Super Bowl over the Atlanta Falcons after coming back from a huge deficit. They took the game to the first ever overtime in the Super Bowl in NFL history.

And that brings us back full circle to March Madness which is going on right now. This year I decided to go against my better judgment and picked with my heart again and went with the Oregon Ducks.

It’s been a wild ride friends. I hope you never lose your passion for sports. 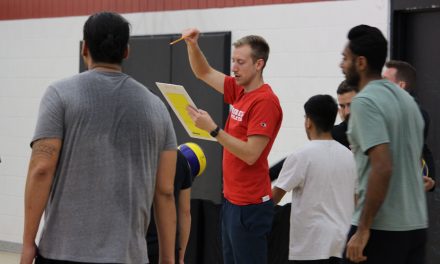