Going up in smoke 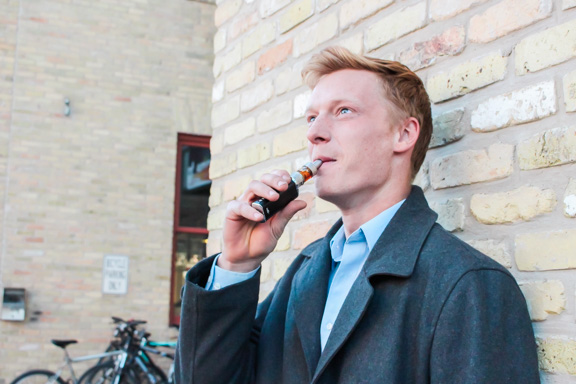 E-cigarettes taken out of campus

Zach Regehr stands outside EDC to smoke the e-cigarette he was once allowed to
use indoors. THE PROJECTOR/ Cheyenne Cuthbert

Currently all RRC campuses allow e-cigarettes, but only in designated outdoor smoking areas.

But while e-cig opponents argue secondhand vapour is just as dangerous and toxic as secondhand smoke, others point out e-cigarettes might help people like Zach Regehr quit smoking.

Regehr, a business administration student, said he expected to see vaping eventually banned. He said he follows the new rules and goes outside to “smoke” now.

“I knew being allowed to vape indoors wouldn’t last, seeing as it does have a smell and a lingering haze,” he said.

Regehr noted that vaping outdoors takes away some of the appeal of using e-cigarettes to quit tobacco cigarettes,

because he now has to go outside and stand with cigarette smokers. Vaping is still allowed citywide in bars, casinos and other adult-only establishments. 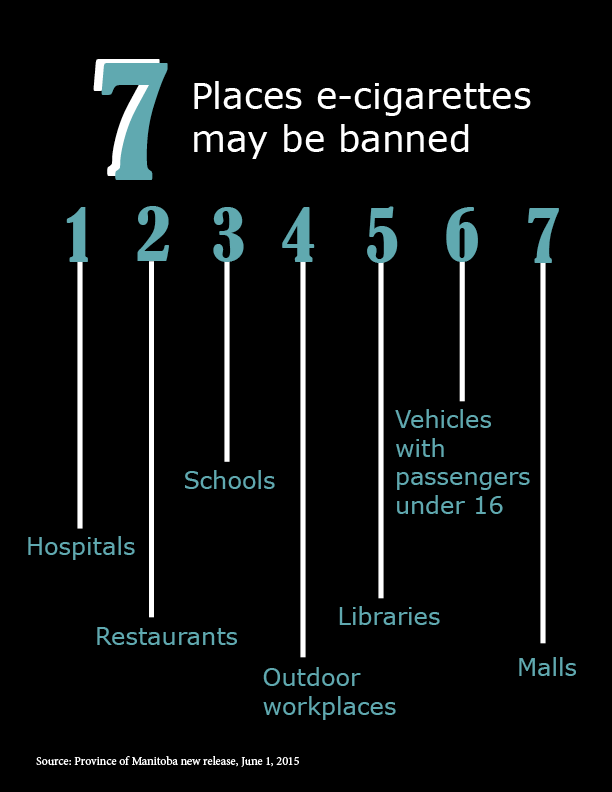 But some people think the e-cigarette ban will help deter new smokers and provide incentive for addicts to quit completely.

Jared Zipman, another business administration student, said he’s happy it’s harder for people to smoke e-cigs. “Maybe the inconvenience of now having to go outside to use it will make them stop,” he said.

“I think students who are using a vape as a method to quit smoking cigarettes will continue to use it,” he said. “But the people who use it as a hobby will probably quit or just keep it at home to use.” 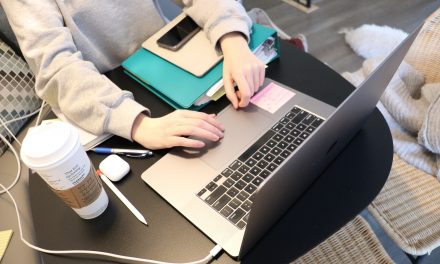