Winnipeg Comedy Festival switches up routine at The Common

The Winnipeg Comedy Festival (WCF) began with a free comedy night on Saturday at The Common at The Forks. Ryan Ash, making his sixth WCF appearance, hosted the event. Comedians Chad Anderson, Andy Noble, and the artistic director of the WCF, Lara Rae performed.

Chad Anderson, the opening act of the night, said the atmosphere at The Common was a nice change from the typical comedy club.

“The fact that families were here was kind of weird,” said Anderson. “But it was really good, and they were receptive to my kind of humour. I had a lot of fun out there.”

Anderson said that the free comedy event is a smart promotion for the Winnipeg Comedy Festival because it encourages people to try something they otherwise would not attend.

“I think anytime you can offer a free product as a preview for an event, it will help it sell,” said Anderson.

Ryan Wells, a patron at The Common, said the free comedy night was the perfect event to get people to visit.

“We need things like this to happen more often,” said Wells. “It gets people coming out, laughing, drinking, eating—basically just having a good time.”

Larissa Peck, The Forks’ marketing and communication coordinator, says that the event was a way to bring locals to The Forks who don’t come often.

Peck said she hopes to show people that they can come down for a variety of events, highlighting the board game nights on Wednesday, hosted at The Common.

The Winnipeg Comedy Festival runs from April 3-9, and features such comics as Tommy Chong of Cheech & Chong fame, Will Sasso, and Shazia Mirza.

On the same page 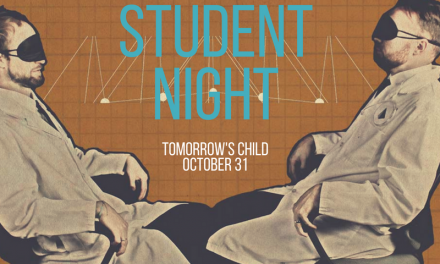