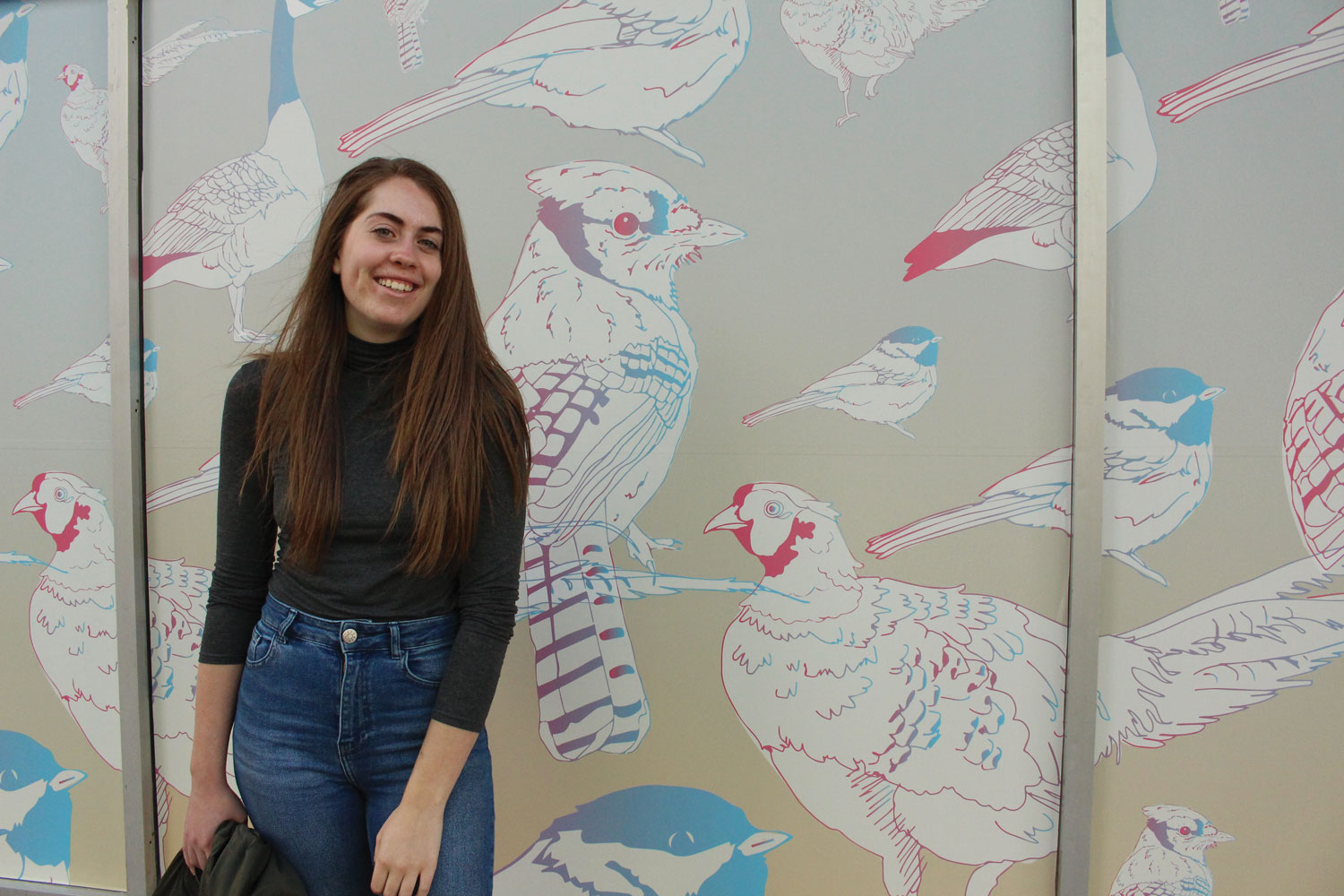 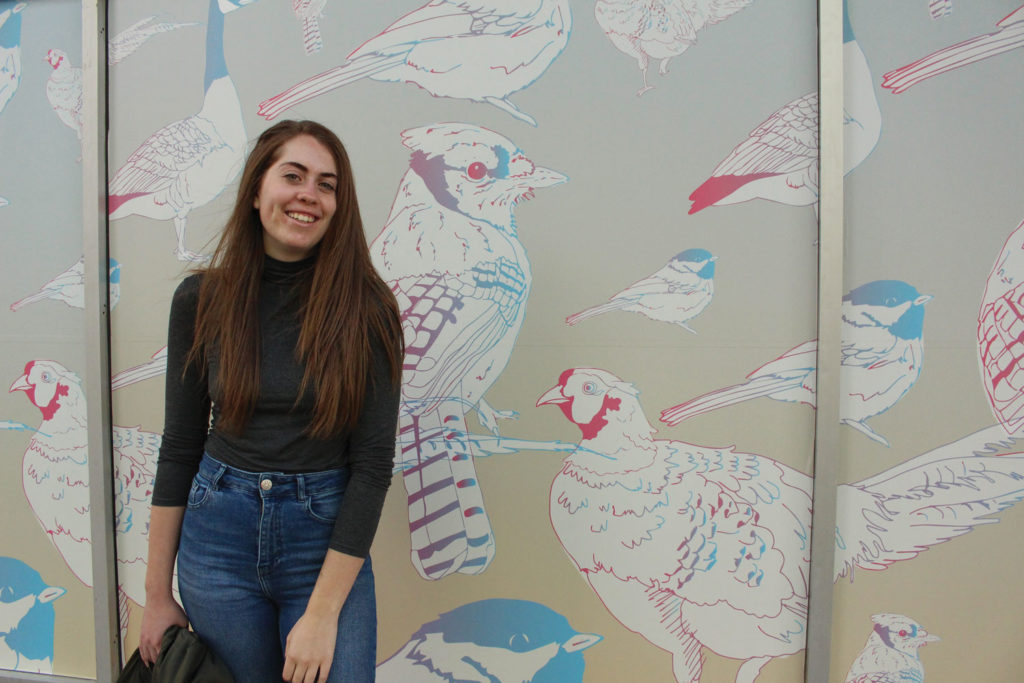 Hannah Owczar in front of ‘Manitoba Birds’ by Isabelle Kilimnik. She liked that the art adds vibrancy to the neighbourhood. THE PROJECTOR/ Kathryn Sequeira

Colourful designs now paint the windows of vacant buildings downtown to add warmth to the community.

The Downtown BIZ, as part of their Urban Wallpaper initiative, selected Isabelle Kilimnik and Jesse Warkentin’s designs to install on the windows of vacant downtown buildings in August. 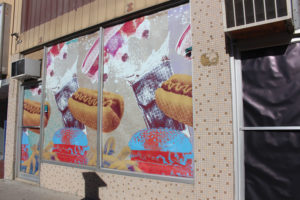 This Jesse Warkentin design was inspired by Winnipeg’s food stands. The designs showed up on vacant downtown buildings in August. THE PROJECTOR/ Kathryn Sequeira

They are both graduates of Red River College’s Graphic Design Advanced program.

The Urban Wallpaper initiative is working to transform and give life to areas that are abandoned downtown.

“I love downtown, it’s one of my favourite places in the city,” said Kilimnik. She said she was motivated to create something she knew would influence the community positively. Her design has four Manitoba birds that aren’t commonly found in downtown Winnipeg: chickadees, blue jays, pheasants and Canadian Geese. The colours were inspired by Manitoba sunsets, which she said would hopefully cast a calming feeling over people passing by.

“I wanted to create something fun,” said Warkentin.

He said he played around with different layering techniques. He wanted his design, which features hamburgers, sundaes, fries and soda, to be something interesting and unexpected. He used explosive colour and swirly texture to attract attention. Warkentin said his hope was to add a sense of happiness to the community.

Hannah Owczar, a University of Winnipeg student who often walks past the designs, said they bring a lot of energy to downtown. Owczar liked that the art adds vibrancy to the neighbourhood, but she said she doesn’t like the lack of information on the designs or profiles linked to the physical art.

Owczar said she hopes to see more art go up in the near future because local art that is featured in the vacant buildings helps create a beautiful space that Winnipeg can be proud of. 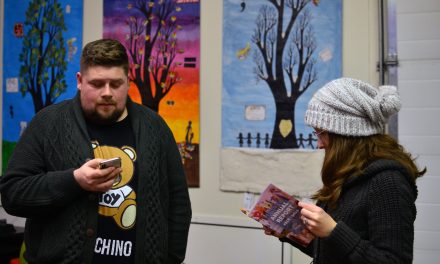