Anthony Carvalho, manager and DJ of 3Peat, smokes a cigarette and laughs about the time he snubbed Drake for an interview.

Carvalho heard about the actor from his girlfriend, who watched Degrassi: The Next Generation. He played a wheelchair-bound former basketball player, but also had a fledgling rap career.

“At the time it was just a dude who was kind of popular in Canada,” said Carvalho, sitting in an office chair in 3Peat’s recording studio. He scrolls through folders of unreleased music on a computer, playing a track every few minutes and vibing to the beat. 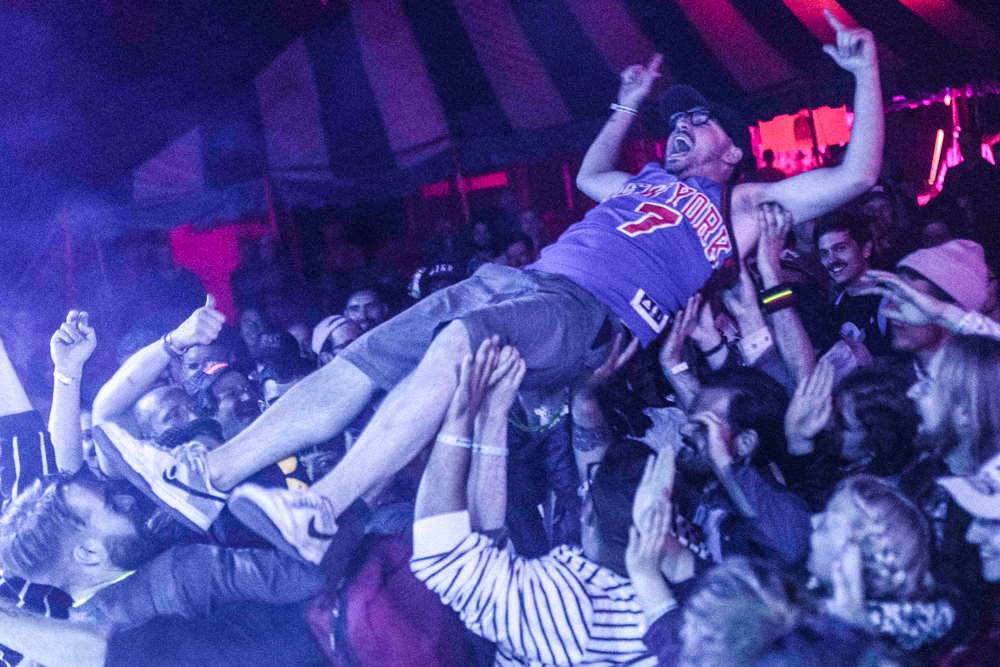 In the 2000s, Carvalho ran a blog called Hip-Hop Gremlins with his cousin. The blog was so popular they were invited to album release parties in New York, but they could never go because Carvalho was in college.

Carvalho thought Drake’s music was pretty good, so he reached out with an e-mail. Drake’s assistant replied and they scheduled an interview.

The day of the interview, Carvalho had a dilemma — his girlfriend wanted to go to the movies.

He skipped the interview. A few weeks later, Drake released his breakthrough mixtape, So Far Gone.

Carvalho could never reschedule the interview, but it hasn’t hampered his hip hop ambitions.

3Peat started in 2014 while Carvalho was enrolled in Creative Communications at Red River College. He had started another hip hop blog for school and needed to release a rap song. So, Carvalho brought his cousin Steve Teixeira, who he had collaborated with on the Hip-Hop Gremlins blog. 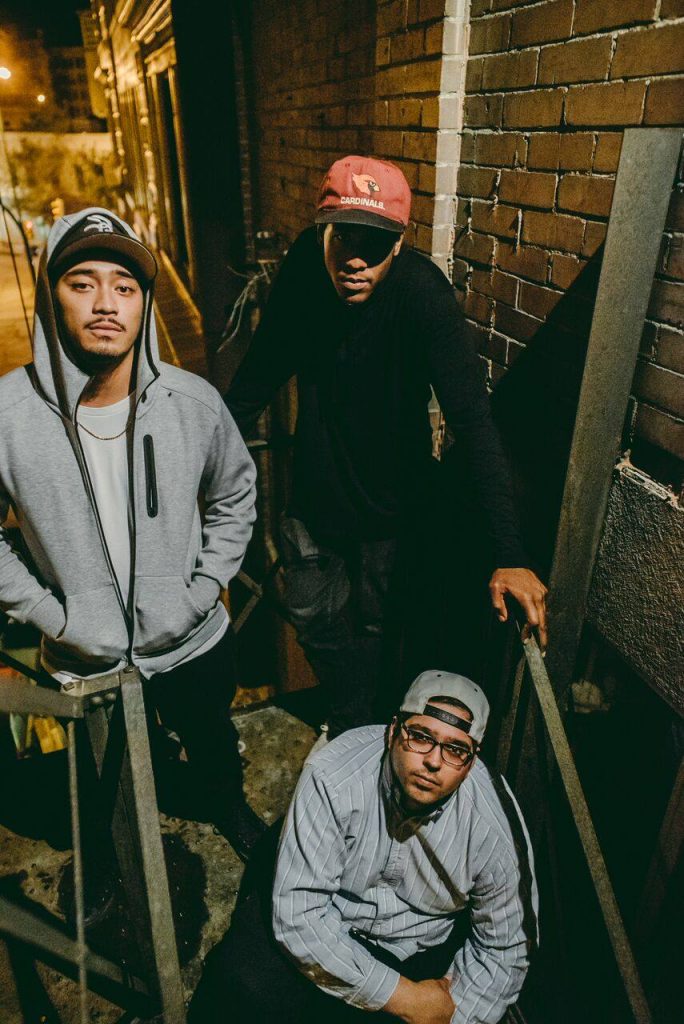 The three MCs and other co-founders of 3Peat (left to right) Errol (E.GG), Dillin Morgan (Dill the Giant), and Steve Teixeira. SUPPLIED/TOMMY ILLFIGER

Together, with Dillin Morgan and Errol Layco, they recorded a song called “Rain” in the Exchange District Campus basement. It became 3Peat’s debut single, going on to receive heavy air play on local hip hop stations.

“Then we lost all the files when I graduated,” said Carvalho. “The same mix that’s out on the CD now, on the radio, was the one we cut in the Red River basement. I think that’s pretty funny.”

Unlike most popular rappers who get viral success before they perform live shows, 3Peat started performing before they released any music.

“We’re writing songs and not recording them. Steve will make a beat, the guys will write to it,” said Carvalho. “It’s a song to us, but it’s not recorded.”

While 3Peat was recording its first song, Carvalho worked for Rhythm 104.7, a now-defunct urban radio station. Promoters would tell Carvalho when they had an artist performing in Winnipeg and Carvalho would offer to have 3Peat open.

He said promoters and bar managers would see 3Peat perform and ask for them to come back. Unlike most groups, 3Peat often performed multiple shows in the same city during a weekend.

“Blackalicious one night. Lil Debbie the next night,” said Carvalho. “We were hitting two different markets. The Blackalicious crowds and Lil Debbie crowds do not cross over.”

Carvalho said no one in 3Peat has personally profited from the roughly one hundred shows they’ve performed over the last three years. Instead, they invest the money in the group.

“We bought a computer, microphone and an interface, and some speakers,” said Carvalho. “Then we recorded.”

3Peat’s debut self-titled EP was released in February 2016. The release party at The Good Will Social Club sold out. They’ve also toured Canada and performed at BreakOut West festival in Edmonton. This October, they performed at Royal Canoe’s sold-out show at The Park Theatre. 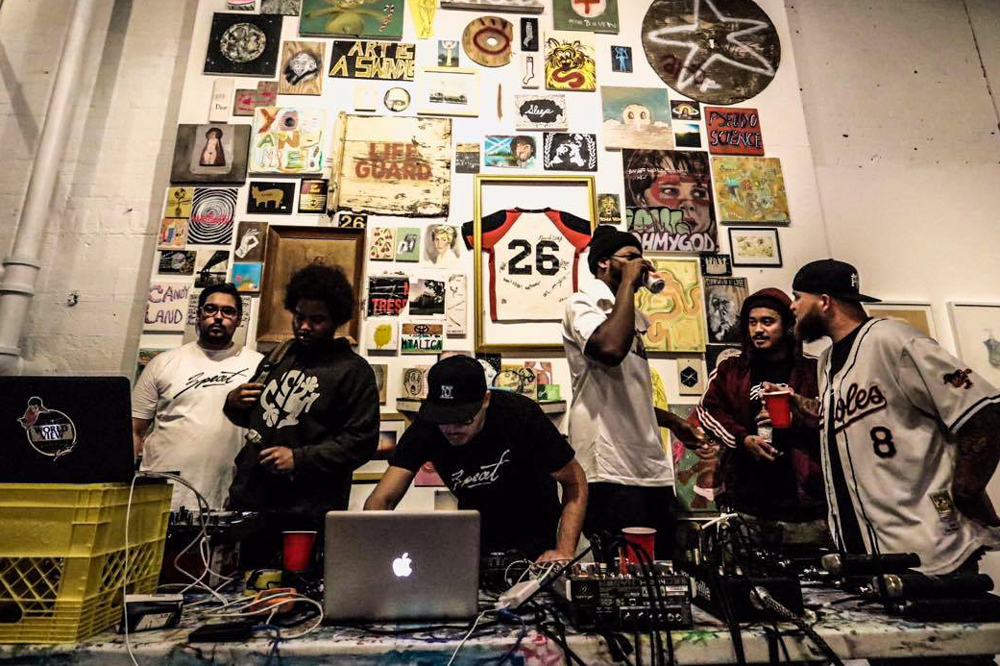 Recently, 3Peat received a $2,000 grant from FACTOR, a Canadian arts foundation. Artists can use the money for recording, touring and marketing. But 3Peat has its own studio, Fourth Quarter Records, where Carvalho helms the technical side of 3Peat’s sound.

Carvalho had Fourth Quarter Records accredited as a Manitoba Film and Music studio, so 3Peat could pay themselves to record music and use the grant money for future projects.

“When we go to record, we’re investing in ourselves,” said Carvalho.

3Peat operates like the influential New York City hip-hop crew the Wu-Tang Clan. They work together on group projects, but each MC has his own solo career the group creatively and financially supports.

In October 2016, Layco of 3Peat, who performs as E.GG, wanted to release a solo album on his mother’s birthday, November 27.

“(It was) like a month away. And I had a baby due November 15,” said Carvalho. “My wife is eight months pregnant and he wants a record out in a month.”

“We invested all the money we made on 3Peat in that record. Basically, we went broke,” said Carvalho. “I remember someone saying ‘yo, how much money do we have in the bank account?’ I was like ‘nothing. All our money is in the streets.’”

E.GG’s album release party at The Good Will Social Club sold out too — so they made a return on that investment.

Carvalho talks about two upcoming collaborations with high-profile artists. He smiles and seems proud of 3Peat’s accomplishments. The reason why is simple.

“At the end of the day, these are my best friends.” 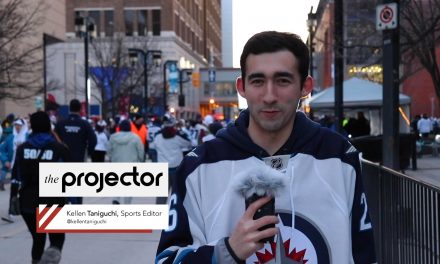 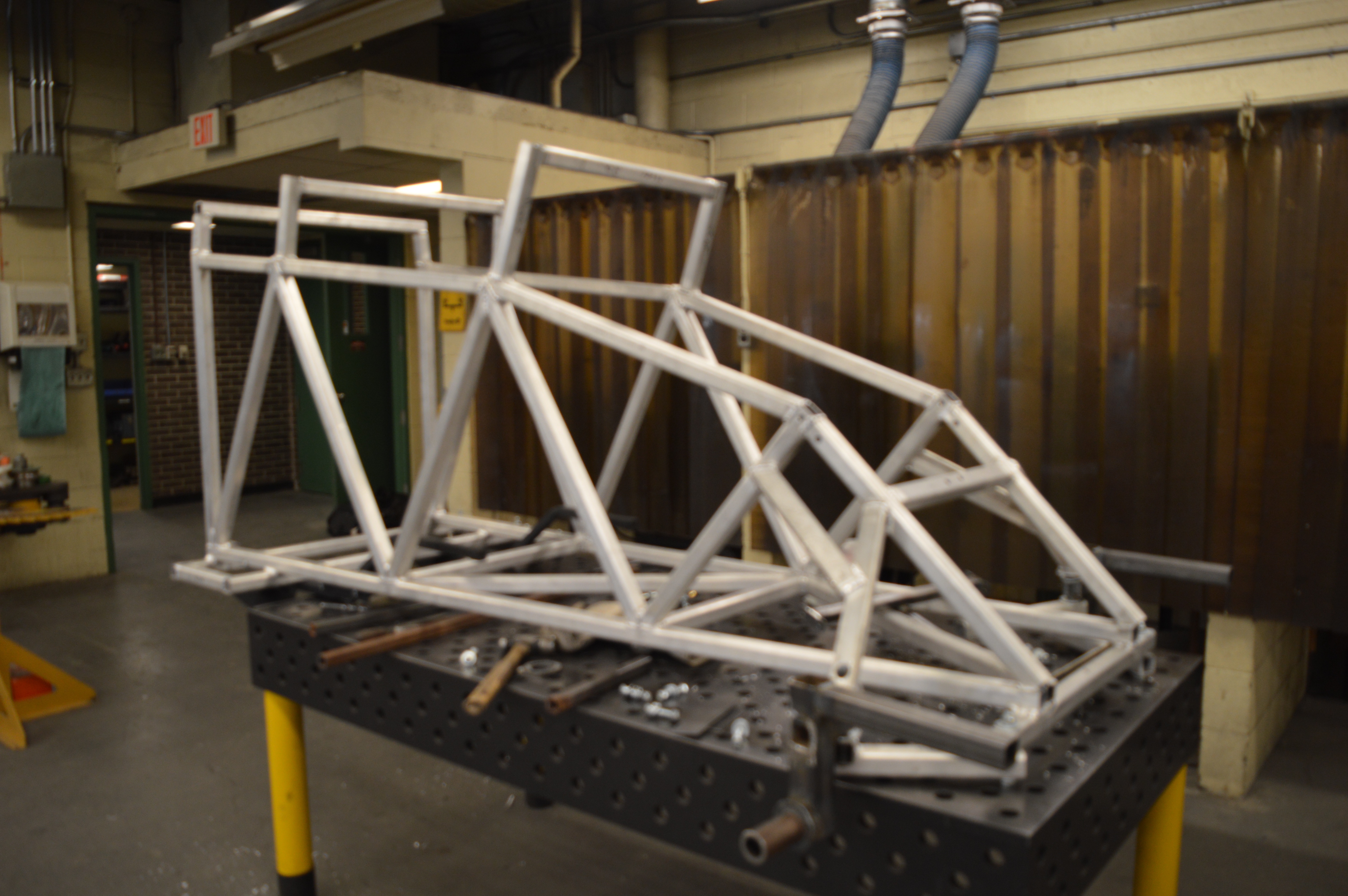