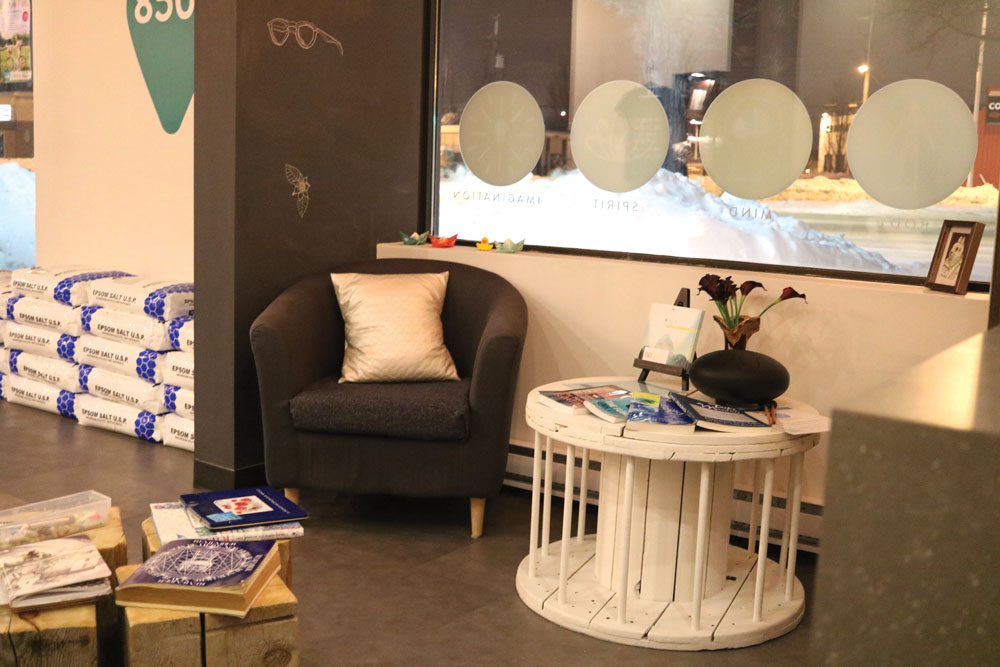 Float Calm provides various creative activities for clients to engage in after their float. After floating, many people claim to have a sudden rush of creative energy. Schuyler Hunt /THE PROJECTOR

There’s a new relaxation technique on the market. For some students, it might be the type of therapy that can help them through school’s most stressful times. However, many students either haven’t heard of the experience or find it’s outside of their budget.

It’s called floating. People climb into a tank with water and Epsom salts that help them float to the top. The tank is lightproof, soundproof, and large enough for most people. Participants have different experiences: some fall asleep, some experience heightened senses, and some spend the entire time wondering what’s supposed to happen.

Not a lot of Red River College students have heard of the therapy, and some find the $69 price tag a bit hefty. 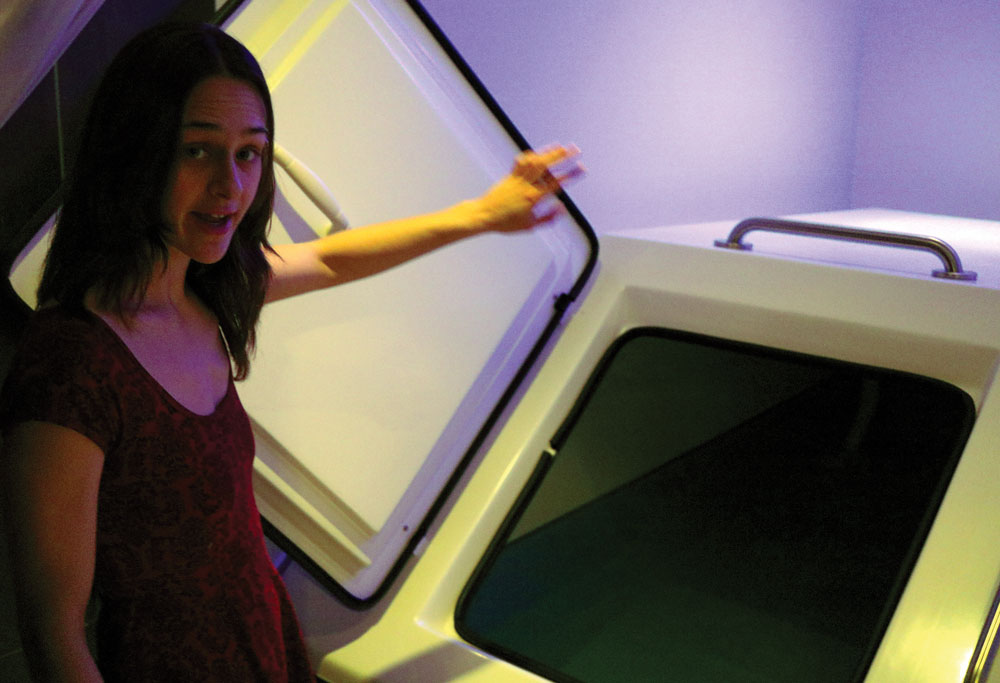 Receptionist Stephanie Flater explains floating procedure in each private room at Float Calm. Clients float in 10 inches of water and 850 pounds of Epsom salt for 90 minutes. Schuyler Hunt /THE PROJECTOR

“I’ve never heard of it before, so that’s probably why I don’t want to go,” said Hao Zhang, a business information technology student at RRC. “They should lower the price. $65 seems a bit expensive.”

At one of Winnipeg’s floating centres, Float.Calm, guests are given free range to shower, float, and leave as long as they don’t stay past 90 minutes. Clients must take a shower both before and after floating.

Many people feel less stressed and more energized when they walk out of the tank. However, those who are claustrophobic might not feel so at ease. Each tank is tall enough for most people to sit but not much higher, which can be disorienting after floating in the dark for an hour-and-a-half.

Floating was developed in the 1950s as a way to study sensory deprivation. It has benefitted from increased interest in alternative therapy, allowing centres like Float.Calm to pop up all over the world. Like many alternative treatments, those skeptical of floating are the least likely to feel any effect. However, those who allow themselves to commit to floating often feel rejuvenated and more focussed, according to the Float.Calm website. Some students seem interested in floating but didn’t know that there are places to float in Winnipeg.

“Back in the Philippines, I usually only went for massages to relieve stress,” said business information technology student Jones Manlapaz. “I’m open to trying new stuff … I’m not sure about (it relieving stress) though.”