Elisa Paloschi and Selvi answer questions during the Q+A session of the Driving With Selvi premiere in Eckhardt Grammate Hall. THE PROJECTOR/ Dan Botan

Elisa Paloschi, the film’s director, stood in attendance at the back of the Eckhardt Grammaté Hall theatre before an audience of more than 100 spectators at the Winnipeg premiere of her documentary.

The film follows Selvi’s story from a taxi driver, to owning and operating a transportation truck, and details her plan to form her own fleet of trucks. Driving With Selvi was filmed over a 10-year period and was released in 2015.

The film premiered to a Winnipeg audience Friday, Nov. 4 during the first day of The University of Winnipeg’s 14th annual Global Justice Film Festival held over the weekend. The festival is a celebration of documentaries in Winnipeg with a focus on raising global awareness of human rights violations, and to tell captivating human-interest stories from across the world.

More than a dozen films were shown during the festival, which was attended by more than 100 people over the Friday night and Saturday.

The audience stood and clapped when the film ended. A Q-and-A session followed where Selvi and Paloschi answered questions about the film, the filming process, Paloschi’s life and how she first met Selvi through a volunteer organization in India.

Paloschi and Selvi both spoke about their plans to increase awareness for Save Her a Seat, a film and social impact campaign, which aims to help empower women, as well as educate young men about the effects of sexism and violence toward women.

Driving With Selvi has already been screened in more than 180 communities in India, and Paloshi has no intention of stopping there. 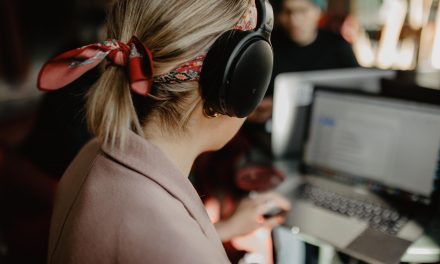