The RRCSA is calling on students to stop U-Pass extinction

The U-Pass isn’t dead yet — but students need to speak up to keep it alive, according to the Red River College Students’ Association (RRCSA).

Winnipeg’s city council announced in its preliminary budget released March 6 that it would eliminate the U-Pass. But it isn’t a done deal — council will vote on the future of the pass at a meeting on March 25, according to Melissa Ghidoni, the RRCSA’s vice-president external.

The executive policy committee will hear delegations regarding the preliminary budget at a meeting on March 19. Ghidoni said she hopes students will come in droves and speak to politicians about the impact the U-Pass has on students.

“Our goal is to basically keep (the committee) there til’ the 20th,” Ghidoni said. “That meeting will go on as long as there are delegates.”

She said politicians might reconsider cutting the U-Pass if there’s enough opposition.

People wanting to be a delegate can visit the City of Winnipeg’s website for more information.

“We hope that by presenting a united student voice, that it really makes city council stop to listen,” she said.

Ghidoni said students who can’t make it to the meeting on March 19 can call their local city counsellor and leave a message stating their desire to keep the U-Pass.

Red River College has never had a U-Pass. City council approved RRC joining the U-Pass program last November. The college was prepared to join in fall 2020.

“It’s like being given a birthday present and then having it removed from you before you can open it,” Ghidoni said.

The U-Pass plan proposed last November would cost students $160.75 per term. The charge would be automatically applied to the tuitions of full-time RRC students in Winnipeg. People paying the U-Pass fee would get unlimited bus access each term. Students living outside the city could opt out.

Taylor Hopkins, a Business Administration student, said she doesn’t take the bus because she lives outside the city and a regular bus pass is too expensive. However, Hopkins said she’d park and take the bus if there was a U-Pass.

“With this U-Pass thing, I feel like it may turn some people away from taking the bus,” she said about the proposed cut.

She said it doesn’t make sense for city council to eliminate the U-Pass when they want students to take the bus — especially after the opening of the Southwest Transitway.

“You’re charging so much for tuition, and now you’re going to charge more for the bus,” Hopkins said. “It might turn people away from even going to school.”

Students can get a 20 per cent discount off the cost of regular fare if the proposed budget is accepted. 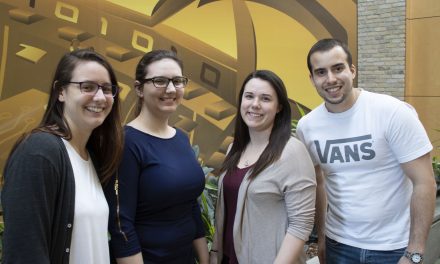