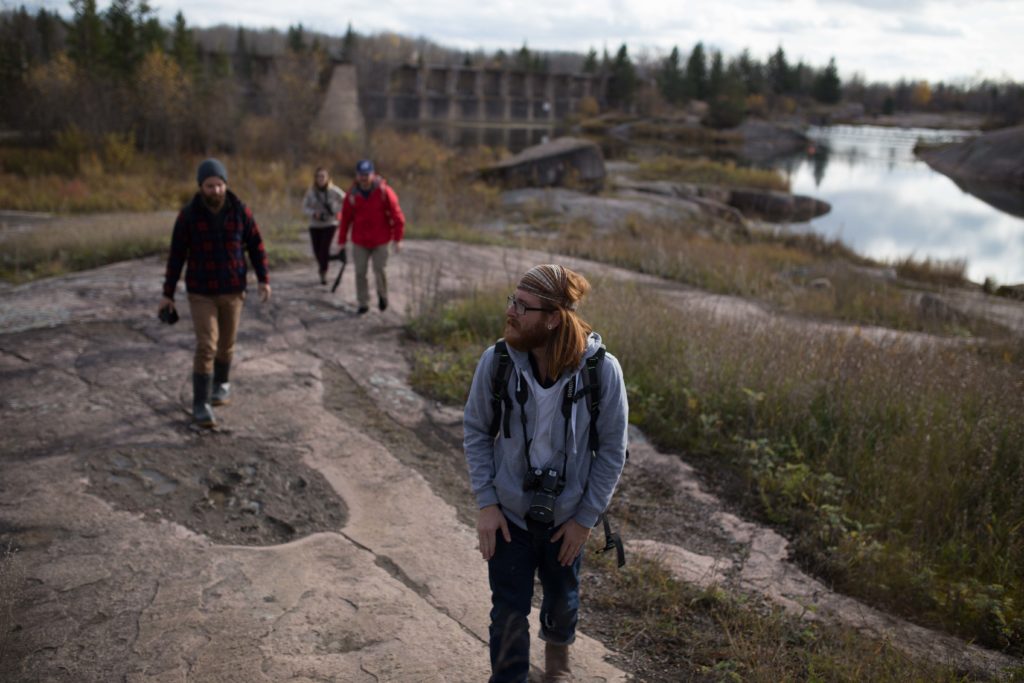 Danny Zimmerman and others explore the Pinawa Dam in eastern Manitoba for a From Here and Away workshop on October 22./Chris P. Bakon

A local photography business is launching a brand new ethically made clothing collection. 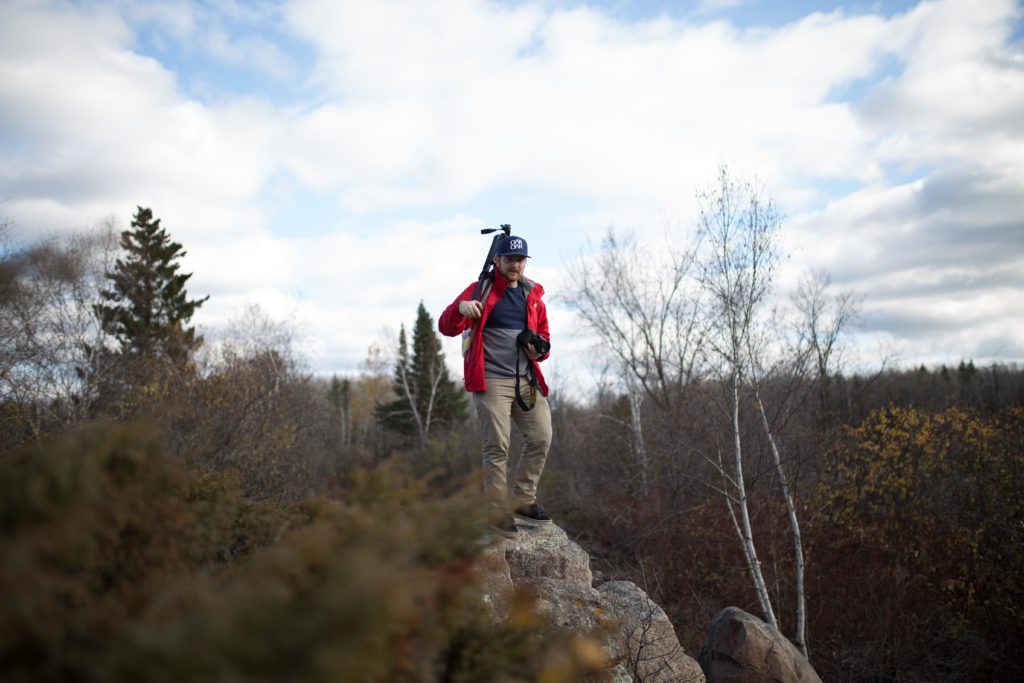 Kyle Schappert climbs for a shot during the Pinawa Dam workshop on October 22./Chris P. Bakon

From Here and Away (FH&A) was founded on concepts of honesty, leadership and creative exploration. In the second week of November, FH&A released a lookbook for their new clothing line. On Nov. 27, they are hosting a rooftop launch party at Forth Projects.

“I feel like up to this point, FH&A was kind of ambiguous,” said creator and sole employee Joseph Visser, 23. “I was trying to create something I would really like, and I wanted to stay true to what I think the company should look and feel like.”

He says the clothing line is inspired by the Canadian Shield.

“They represent something raw and honest to me.”

FH&A started as a photography book that Visser published independently. He then started a hashtag on Instagram, promoting the book, which now hosts high-quality photography from around the world. 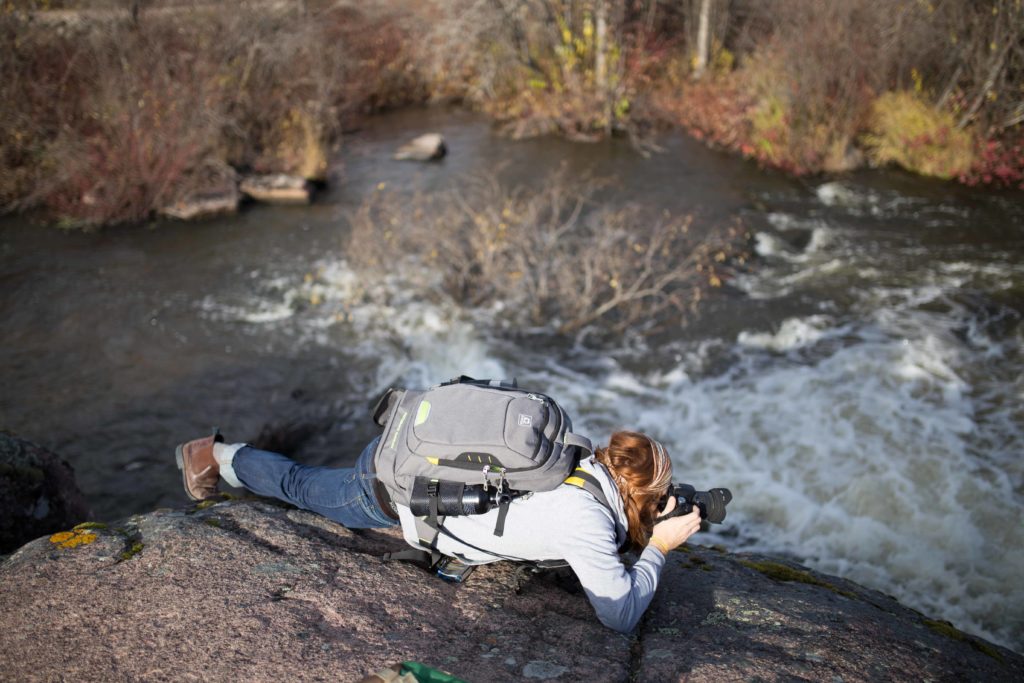 “I realized I wanted to bring the community offline and into the real world,” Visser said. FH&A hosts free outdoor workshops every couple of months.

Adam Kelly, 21, said he considers himself lucky to have been involved from the beginning.

“I’ve met lots of people through the community that we now critique each other’s work. A lot of them have been doing photography longer than I have, and it’s very positive for me to grow,” he said.

Occasionally, FH&A hosts community-specific workshops, called “Photo Voice” projects. They provide access to photography in communities that might not otherwise have the means. 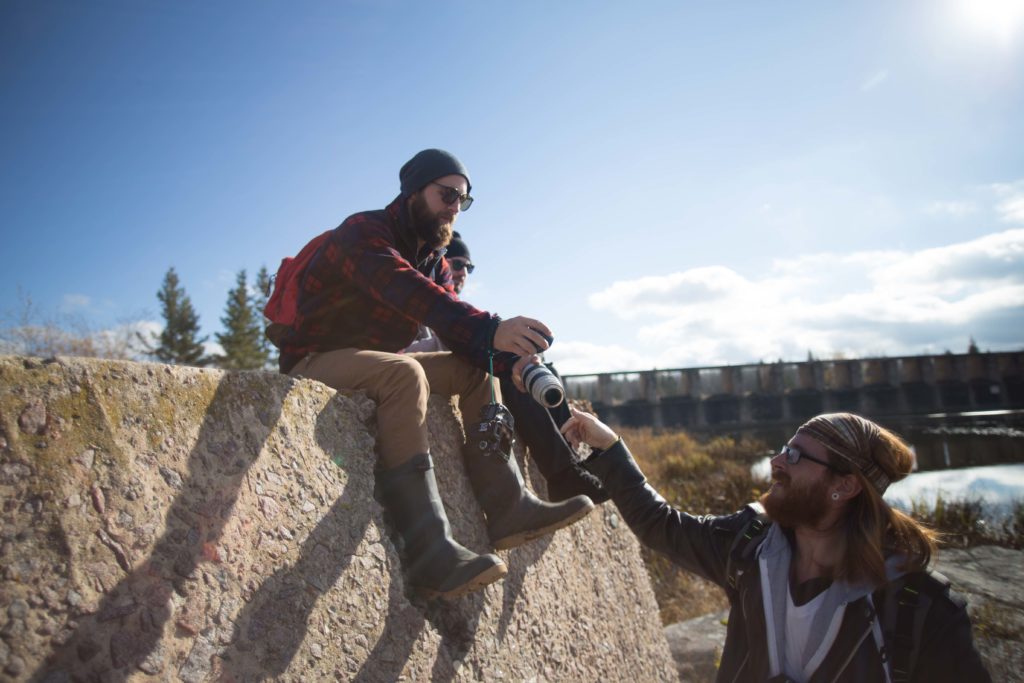 Dave Gagnon passes Danny Zimmerman a telephoto lens at the Pinawa Dam workshop. From Here and Away hosts workshops to encourage skill and knowledge sharing between all levels of photographers./Chris P. Bakon

“The idea is communities have an important story to tell, and I wanted to facilitate that in a real, organic, hands-off way,” Visser said.

In August, FH&A worked with Manitoba Association for Rights and Liberties (MARL), the Canadian Muslim Women’s Institute and the Indigenous Family Centre.

The photos from the Indigenous Family Centre will soon line the postoperative hallway of the Children’s Hospital.

“What we got [from the workshop] was this amazing, vibrant, accurate portrait of the North End on a sunny day in July,” said Visser. “Basically, we got disposable cameras and I taught a very basic workshop encouraging them to take photos of whatever they found interesting.”

From Here and Away creator Joseph Visser gives a short introduction to the day and encourages attendees to photograph whatever grabs them at the start of the Pinawa Dam workshop on October 22./Chris P. Bakon

Ethics and making art accessible are both important values for Visser and FH&A. Twenty-five per cent of every sale from FH&A merchandise goes into a fund to host Photo Voice workshops. The merchandise is made in collaboration with local businesses.

“My first mandate was to create something that legitimately had quality,” Visser said. But unless you’re using 100% organic cotton, and you’re making them domestically, then you’re contradicting yourself. So I needed to make sure I wasn’t going to contradict myself.”

Most of the clothing is made by a family-owned business in Scarborough, Ontario. They make almost every aspect of each piece by weaving their own textiles and sewing everything together. 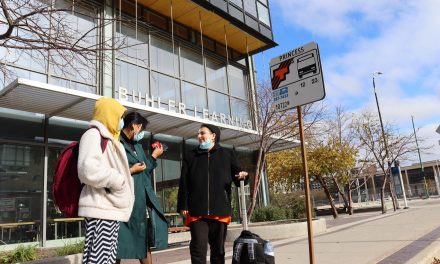 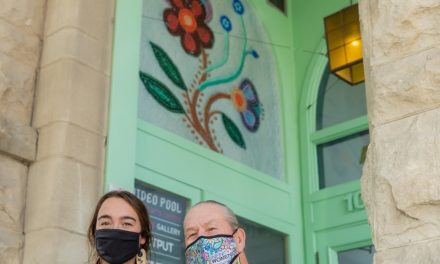