When Krysten Karwacki returned to Red River College the Monday after reading week, she wasn’t getting over the back-to-school blues. She was getting over a national championship loss—a game her curling team came close to winning.

Now that Karwacki and the rest of her team (Team Englot) have had some time to reflect on the Scotties Tournament of Hearts, they focus on the positives.

“It was an honour being able to represent Manitoba,” said Karwacki. “It’s always been a dream of mine to go to the Scotties and to have gone with such a great group of girls, it was amazing.”

“Playing for the title is something that is indescribable and I was so proud of my team for how well we handled the pressure,” said Michelle Englot.

Team Manitoba brought home silver medals after losing in a nail-biting extra end to Rachel Homan’s Team Ontario. Englot beat Homan twice, once in the round robin and once in the 1-2 page playoff game.

Since being back at work in Saskatchewan, Englot feels honoured to have had the opportunity to represent Manitoba. 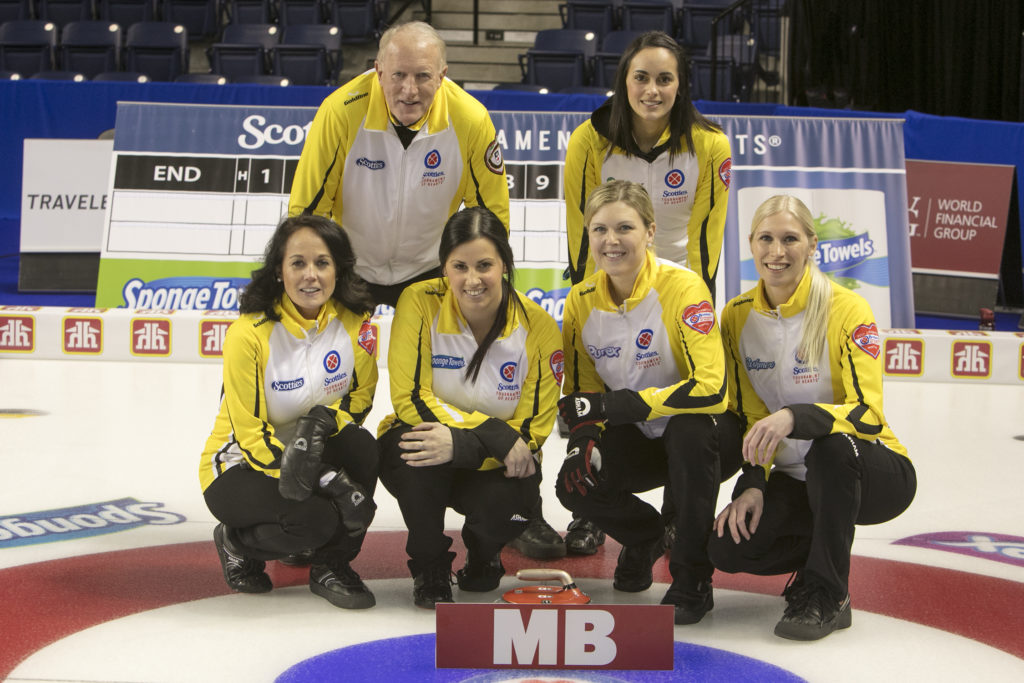 “The Scotties was just an incredible experience,” said Englot. “As competitors, we are treated like queens for an entire week and we really enjoyed competing.”

Karwacki, 25, didn’t get to compete on the ice as the team’s fifth, also known as an alternate. But according to Englot, she was a “crucial” part of the team.

“You need someone that fits in with the team dynamic and also is very talented on the ice,” said Englot. “Krysten fit in really well with our team and is an amazing player but an even better person.”

Englot is using the Scotties as a stepping stone to get to the next level. She and her team are looking forward to the Grand Slam of Curling Players’ Championship from April 11-16.

“We are really looking forward to continuing to build as a team for next year where we will get the opportunity to compete in all of the Grand Slam events and the Olympic trials,” said Englot. “It should be an exciting season ahead.”

Karwacki has been asked to stay on as the team’s fifth for next season.

Her main focus right now is school, but she feels honoured to be a part of this new and successful team. Karwacki will finish her second and final year of Creative Communications next year and will look forward to helping out Team Englot get to the next level.

“This season has been a dream come true for me,” said Karwacki. “It’ll be an Olympic year next season, so it will be exciting to experience everything and see what happens.”