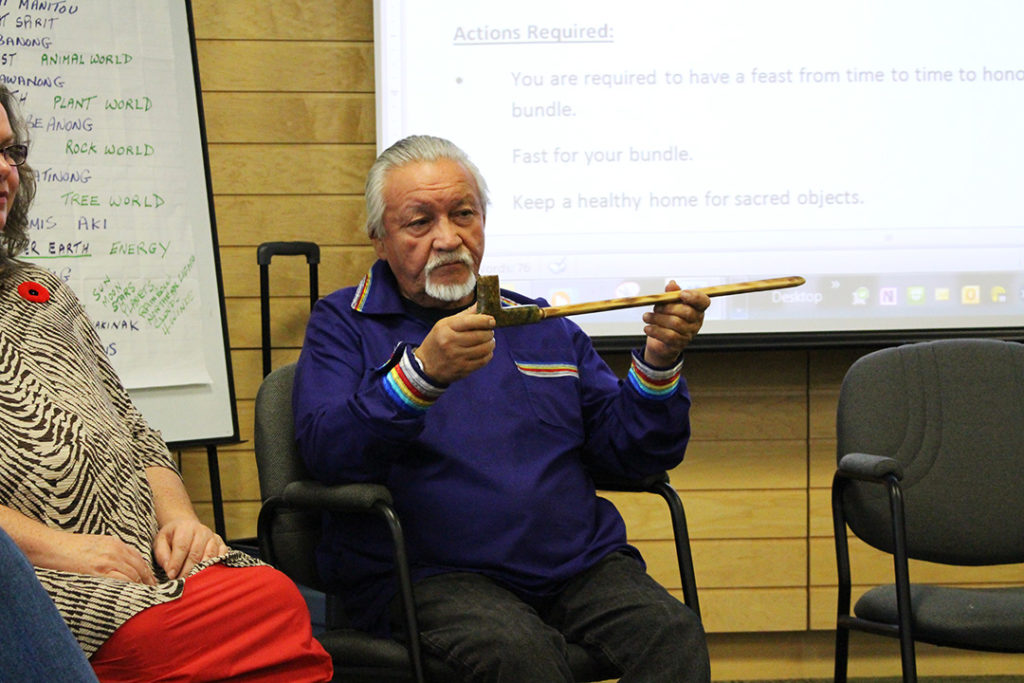 Elder Jules Lavallee shows a pipe with the spirit of the turtle before the pipe ceremony. THE PROJECTOR/ Joshua Houston

“I didn’t really know a lot before coming here,” said Alyssa Chapman, a 25-year-old student at RRC. “After the first time I really enjoyed it. That’s why I kept coming back.”

Indigenous student support and community relations is offering eight sessions led by Jules Lavallee, one of the elders-in-residence at the Notre Dame Campus. The sessions are open to RRC students and staff and take place Tuesdays at NDC and Thursdays at the Exchange District Campus, a new addition for this year’s seminars. 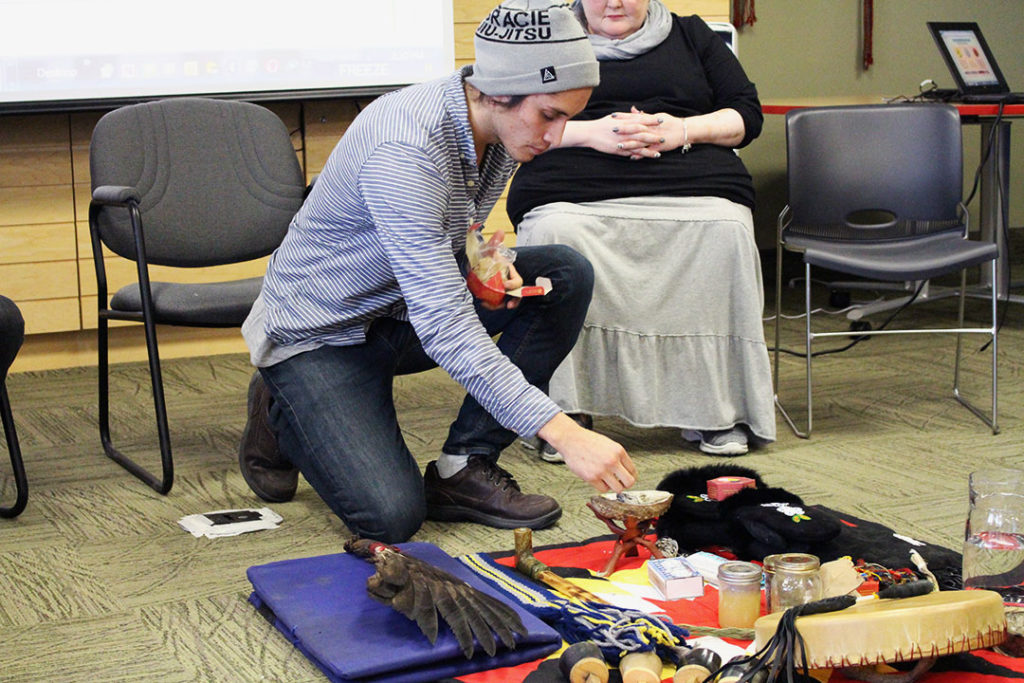 Kerry Norris-Woods, 24, lights sage from the sacred bundle to be used for spiritual healing in the seminar. THE PROJECTOR/ Joshua Houston

The sessions draw from 39 teachings categorized by three circles: teaching, healing and sharing.

“We implement all three,” said Lavallee. “We do a smudge ceremony, and that’s part of the healing circle. Some- times we’ll do a pipe. Sometimes we’ll sing some of the sacred songs.” Lavallee said these seminars can help people find an identity, rediscover their culture and understand the worldview of Indigenous people.

He said he has had little trouble bringing people into his sessions. Roughly 16 students attended on Oct. 27 at EDC and between 15 and 40 attend the Tuesday sessions at NDC.

“There’s so much to catch up on,” said Lavallee. “There are so many young people who are hungry for this.”

Chapman said teaching people, whether they have an Indigenous background or not, about Indigenous culture is beneficial for all who attend the seminars.

“It’s a lot of stuff I think that people don’t know,” said Chapman. “I think it’s really important to be bringing these back again.”

The traditional teaching series began Oct. 4 and will continue until Nov. 22. Lavallee said it’s still unknown if the seminars will return next semester. 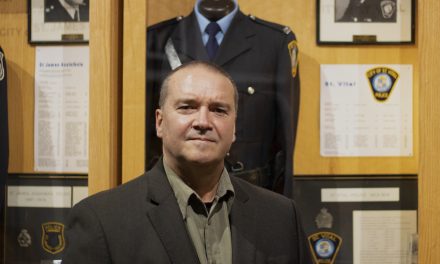 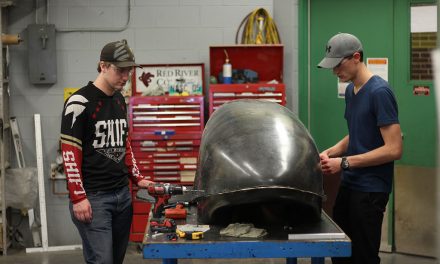