Red River College students are running out of money trying to afford their education. THE PROJECTOR/ Sean Guezen

The Manitoba government is considering raising the cap on tuition for post-secondary schools, leading students to wonder how they will afford their education.

Some Red River College students say they find it difficult to afford tuition while working a job and trying to keep up with their studies.

“It’s nearly impossible,” said Muhammed Sulman, an RRC student in electrical engineering technology. “I can only work 10 to 15 hours a week. I had to take out a student loan.” 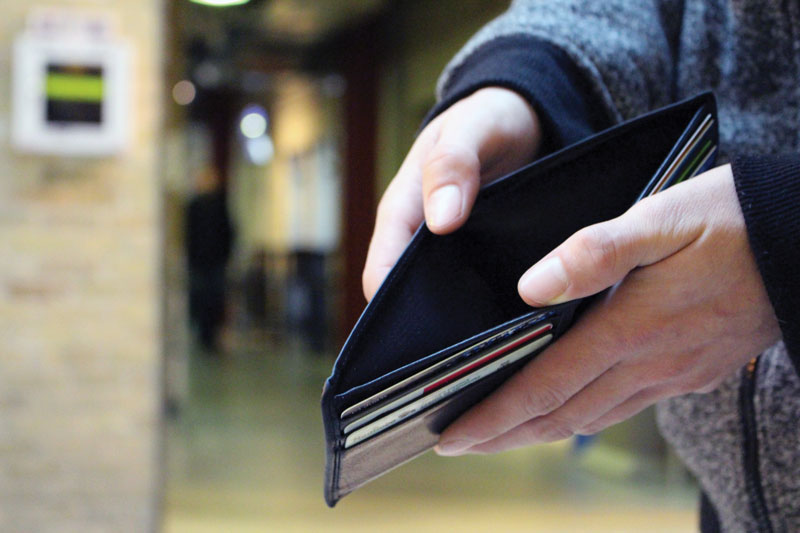 Leigh Vossen, a graphic design student at RRC, described the struggle of some of her classmates who work jobs alongside school.

“They’re late with assignments. They’re not getting any sleep,” said Vossen, 21.

She explained she can only work during the summer, but she has financial support from her parents, which she plans to pay back.

“With it rising, I just don’t know how people who don’t have certain opportunities are going to be able to afford it,” said Vossen.

In 2012, the NDP passed Bill 2, allowing tuition fees to increase at the rate of inflation. The PC government says it plans to change this.

“We want the post-secondary (institutions) in this province to all be sustainable in terms of their funding,” said Minister of Education and Training Ian Wishart.

“School is expensive. We all know it,” said Adam Taplin, RRC Students’ Association president. “Realistically we have some of the lowest tuitions in the country, and it’s still impossible to afford.”

Taplin said he agrees more funding could be beneficial, but believes we are providing great education to students in Manitoba post-secondary schools already, especially at RRC.

“If we can provide all of these great institutions for students here in Manitoba — at the cost that we are currently sitting at — why is raising the cap the first thing that (the provincial government) thinks of?” said Taplin.

Wishart said in the long term the government wants to keep post-secondary education affordable for students. He explained it plans to channel more money into scholarship and bursary initiatives in order to do this, adding the province wants to get businesses involved with funding these initiatives.

“Especially with Red River (College), you have that good strong linkage to private industry,” Wishart said. “That’s what gets you a job.”

Right now it’s unclear when any such legislation might be proposed. The province has not specified how much tuition may increase.