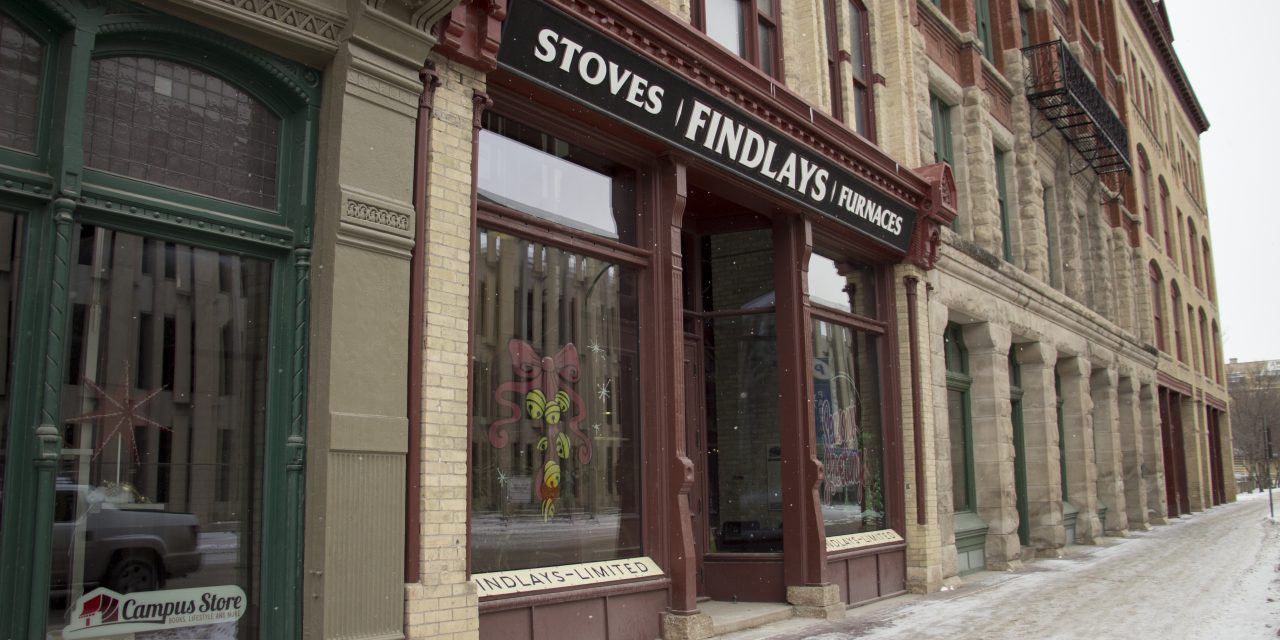 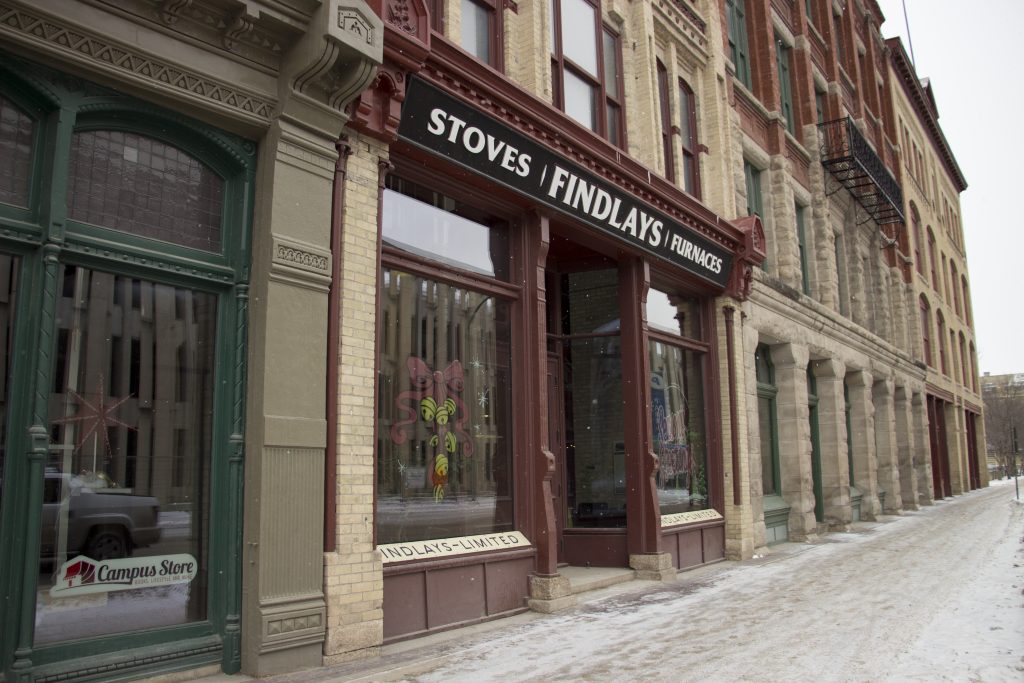 Chicago or Winnipeg? The facade on the front of Red River College’s Princess Street building is disguised as the streets of Chicago in many movies filmed in Winnipeg./ALYSSA ETSELL

The Manitoba film industry is booming, and Red River College’s Exchange District Campus’ vintage façade is playing a part in its success.

“The Exchange District is a really attractive area for films all over the world,” said Ginny Collins, communications and marketing director at Manitoba Film and Music. “The turn-of-the-century buildings serves to double as Chicago.”

Manitoba Film and Music sends out marketing packages to production companies that include photos of RRC’s Princess Street façade. They are often used to promote the Exchange District as a filming location.

“It’s really nice and it’s been useful to us in marketing the province,” Collins said.

After the marketing package is sent out, production companies that are interested in Winnipeg as a shooting location connect with a member of Manitoba Film and Music’s staff. The staff then meet with them to look at the movie script and coordinate locations.

Collins said the organization has staff on hand whose specific job it is to find locations after they look at a script and send photos back that they think the movie could use.

The next step, she said, is for someone from the production company to come to Winnipeg and review potential sets with the location staff from Manitoba Film and Music.

If the production company decides to film in Manitoba, they usually need a permit for each filming location. In the case of RRC’s façade, the college asks them to fill out a facility rental form.

Lauren Parsons, a communications officer at Red River College, said the college then evaluates how filming could affect students’ education and works with the film’s crew to figure out what would work best.

She said the college appreciates the opportunity to have the campus featured and likes to support Manitoba’s film industry.

“In many cases, people watching the film won’t necessarily recognize the building, but for Winnipeggers it can be fun to spot a familiar façade,” Parsons said. 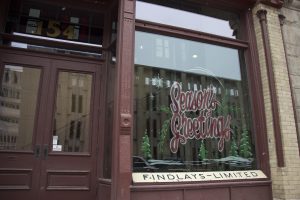 Collins said Manitoba’s production value is at its highest in a decade, with no signs of slowing down in years to come.

But the film industry’s impact on Manitoba is more than just numbers. Some film crews leave behind props and sets for the community.

For example, Collins said, a TV series called Burden of Truth used a café in Selkirk to film. The café, called the Riverside Grill, was renovated by the TV series for filming purposes. After they were finished filming, they left behind the newly renovated café for the community to enjoy.

TV shows like Channel Zero film in Manitoba as well and that means more long-term work and more money staying in Manitoba.

The economic impact of filming a movie is also felt with an increase in car and hotel rentals, catering orders, and paid rent.

“It ends up having a very significant impact,” Collins said.

The biggest production value in 10 years also means there are more jobs for Manitobans and the crews are always looking to fill positions.

To find out about jobs and training available in the film industry, check out Film Training Manitoba at www.filmtraining.mb.ca or Winnipeg Film Group at www.winnipegfilmgroup.com. 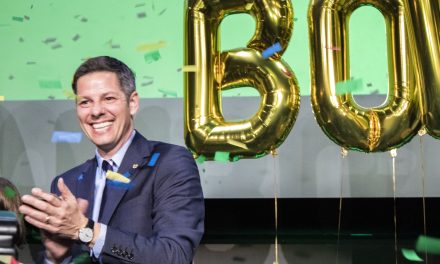 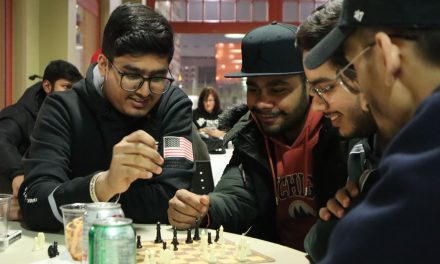 A night of new and old connections