Bringing fresh vegetables into the downtown

An outdoor market put on by the Downtown Winnipeg BIZ that started in the summer of 2013 has grown into a year-round market with a waitlist of vendors wanting to participate.

In the summertime, the market takes place from the beginning of June to the end of September outside Manitoba Hydro Plaza. At the summer market there is fresh produce, food trucks and a CBC cooking demo where they feature a downtown chef who shops the market in the morning and then does a cooking demo with what they buy. The cooking event is streamed onto Twitter.

In the winter, the market takes place every other week in the Cityplace mall on both the first and second floor and averages 60 vendors a market. Cityplace provides the space to the Downtown Winnipeg Farmers’ Market for free. This market has baking, canning, grooming products, jewelry, and often live music.

“We get tons of people that are just starting out,” said special projects coordinator for Downtown Winnipeg BIZ, Susan Ainley.

The waitlist for vendors in certain categories ensures that vendors who do participate will offer something different from the other vendors at the market.

“I think that’s really the key thing is finding something that you do really well that’s a different take on something,” said Ainley. 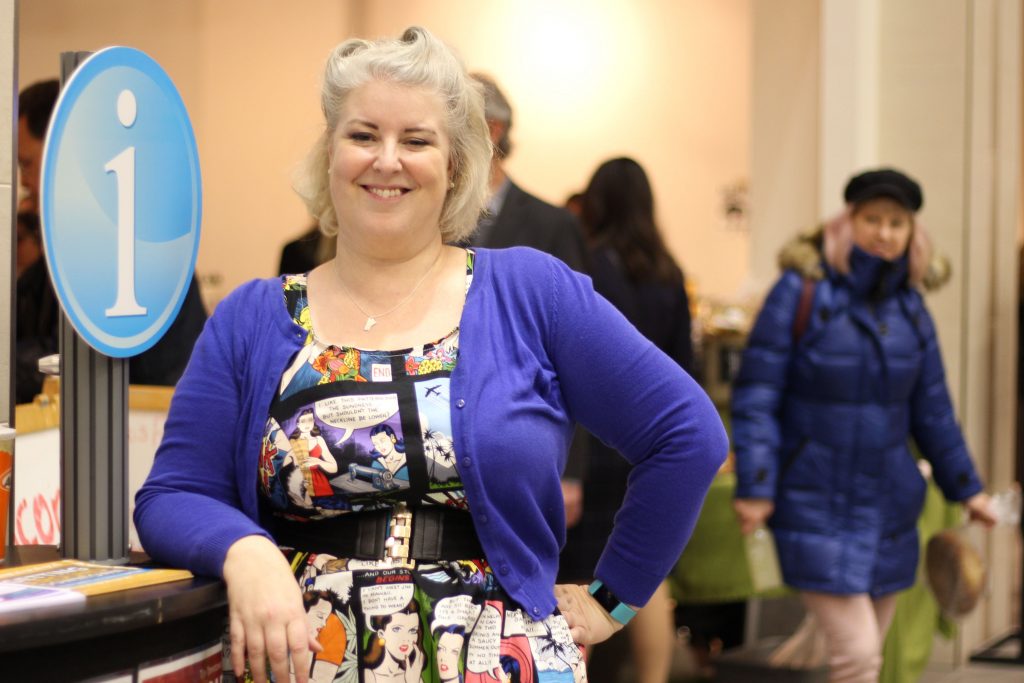 Susan Ainley stands in the Cityplace mall where the Downtown Winnipeg BIZ holds its biweekly farmers market. Ainley is in charge of organizing this market./ AISLINN HICKS / THE PROJECTOR

Some vendors like Glenlea Greenhouse (located south of Winnipeg) have booked their spot far in advance and are at every market.

Arielle MacLeod who works for Glenlea Greenhouses said, “It’s definitely a way for us to bring the product to the downtown because a lot of people bus so they’re not able to take the drive out of the city.” 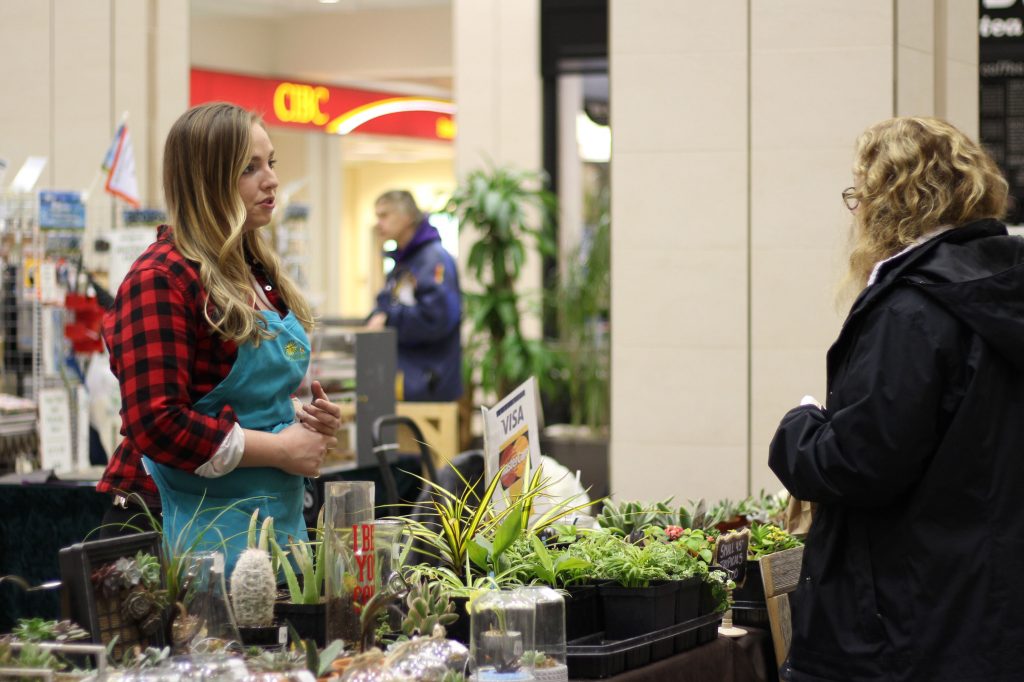 Arielle MacLeod from Glenlea Greenhouses talks to a customer at the Downtown Winnipeg Farmers’ Market on Feb. 28, 2018./AISLINN HICKS / THE PROJECTOR

The vendors aren’t the only regulars at this market. Frances Lawrence and Darlene Devries both work downtown and attend every market. They say the biggest draw are the local products, honey and the imperial cookies, and that the best time to go is in summer when you can get fresh fruits and vegetables.

“You can have actually lunch at the summer one, because there’s good food trucks there that you can eat healthy and then get a dessert,” said Devries.

In the past year that she’s been running the market Ainley said she’s seen more than double the number of vendors. 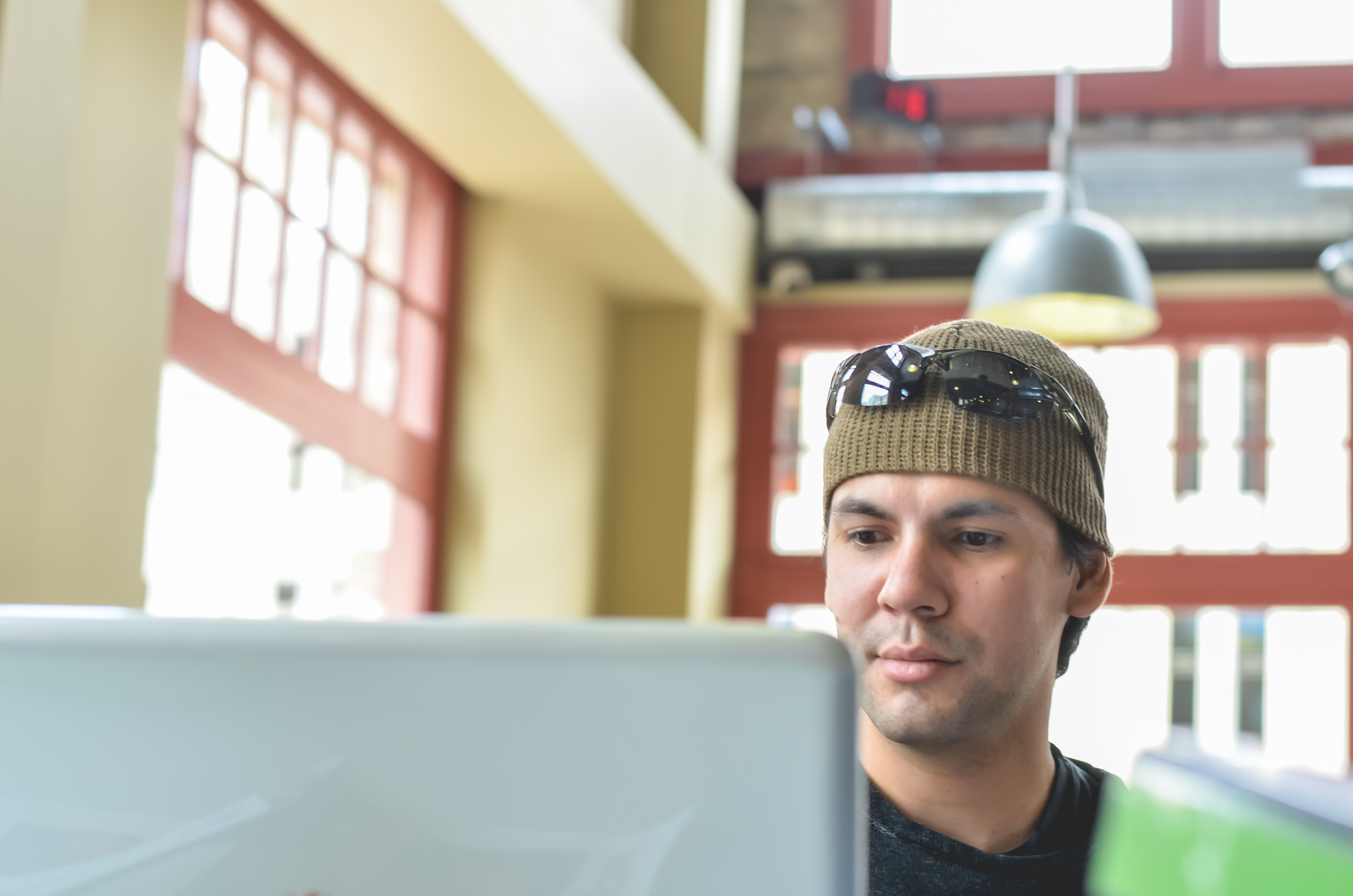