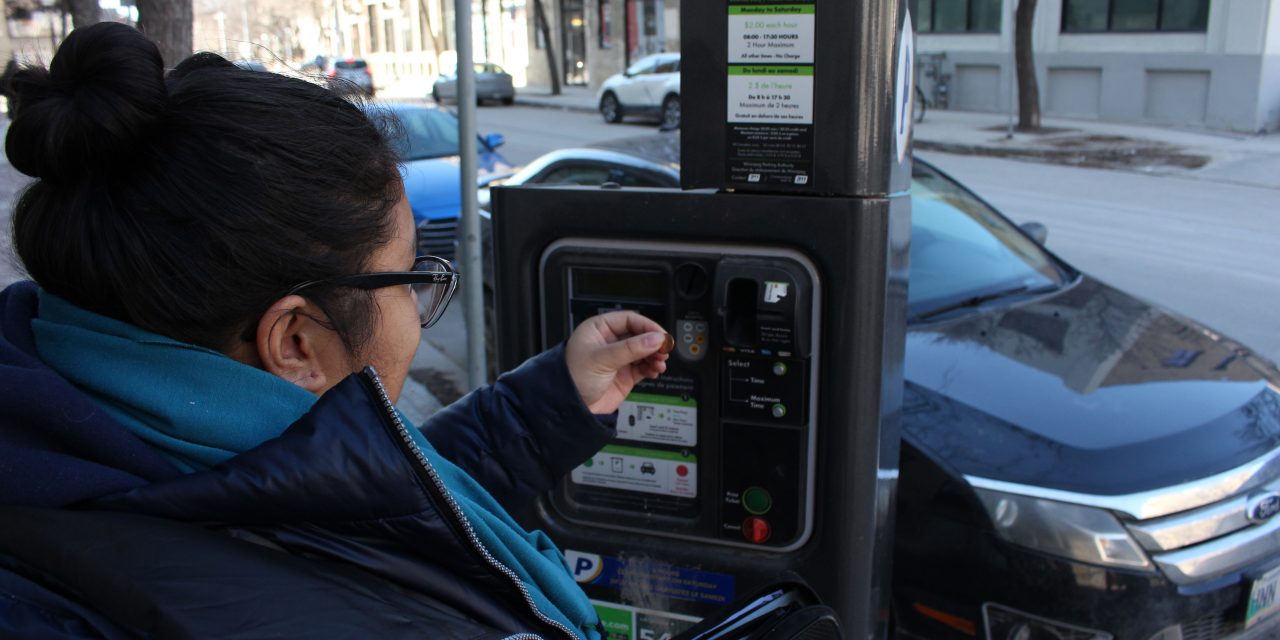 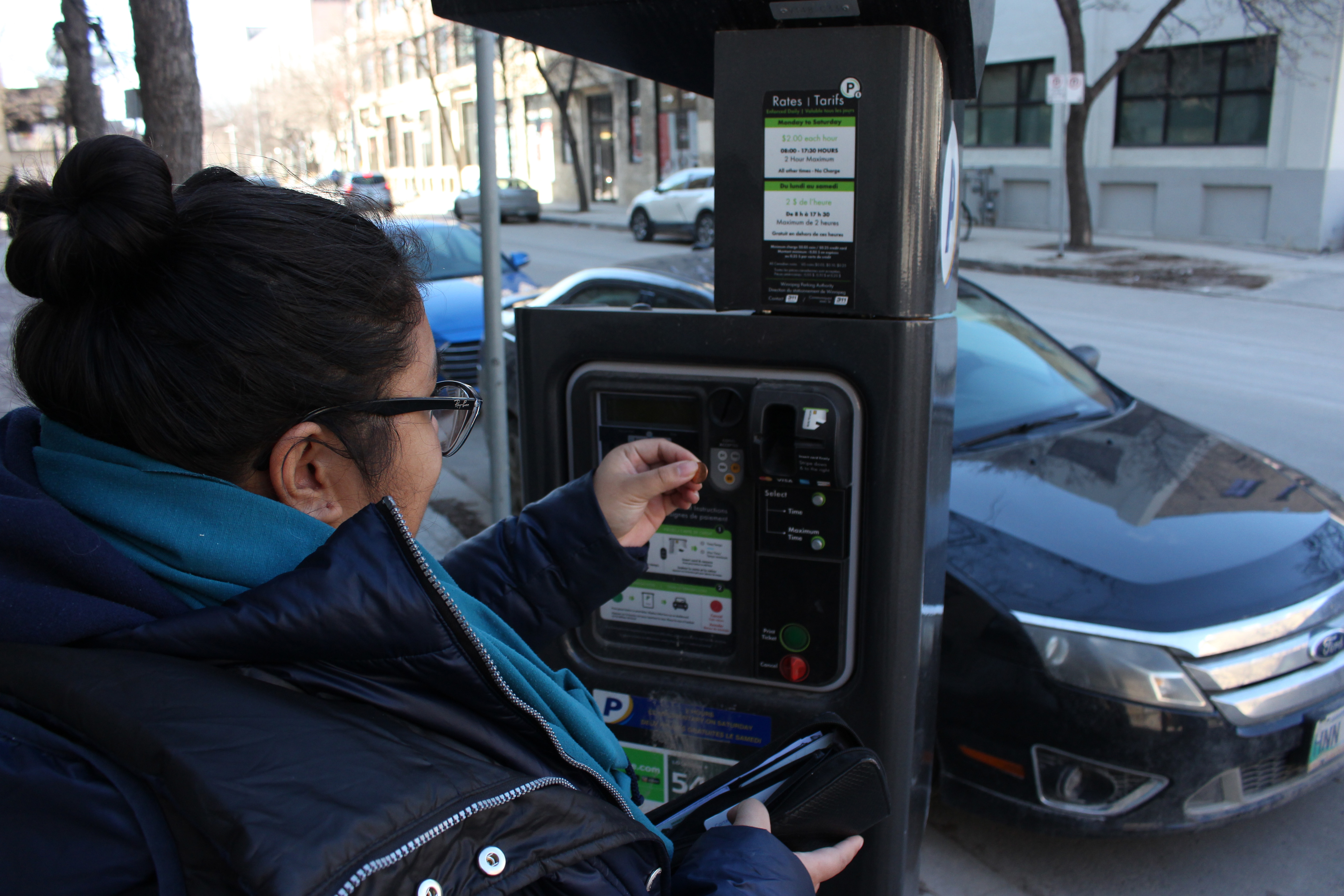 Laura Duna, 23, pays for her parking on Market Avenue for the last time before the prices start to increase on March 28, 2018./ANDREW LYSACK

Driving to school might be too expensive for students at Red River College’s Exchange District Campus.

On April 1, the City of Winnipeg raised on-street parking by $1.50, which is almost twice as much as it was before, previously sitting at $1 or $2 per hour depending on the location.

“The increase of parking fare to me is incredibly ridiculous especially considering many people can barely afford the parking fare now,” said Taylor Capulong, 18, an employee at Skip the Dishes’ office on Market Avenue.

According to The City of Winnipeg budget, the price of parking was raised in order to avoid cuts to Winnipeg Transit.

“The majority of people working at Skip and in the exchange are a part of a younger generation who are generally making a little more than minimum wage, so I don’t think it’s fair that we have to pay more for parking,” said Capulong.

A City of Winnipeg news release said that the change won’t happen automatically. It will take approximately six to eight weeks to fully implement the program. The change will take this long because each individual pay station needs to be reprogrammed manually, there’s no system connecting them all. 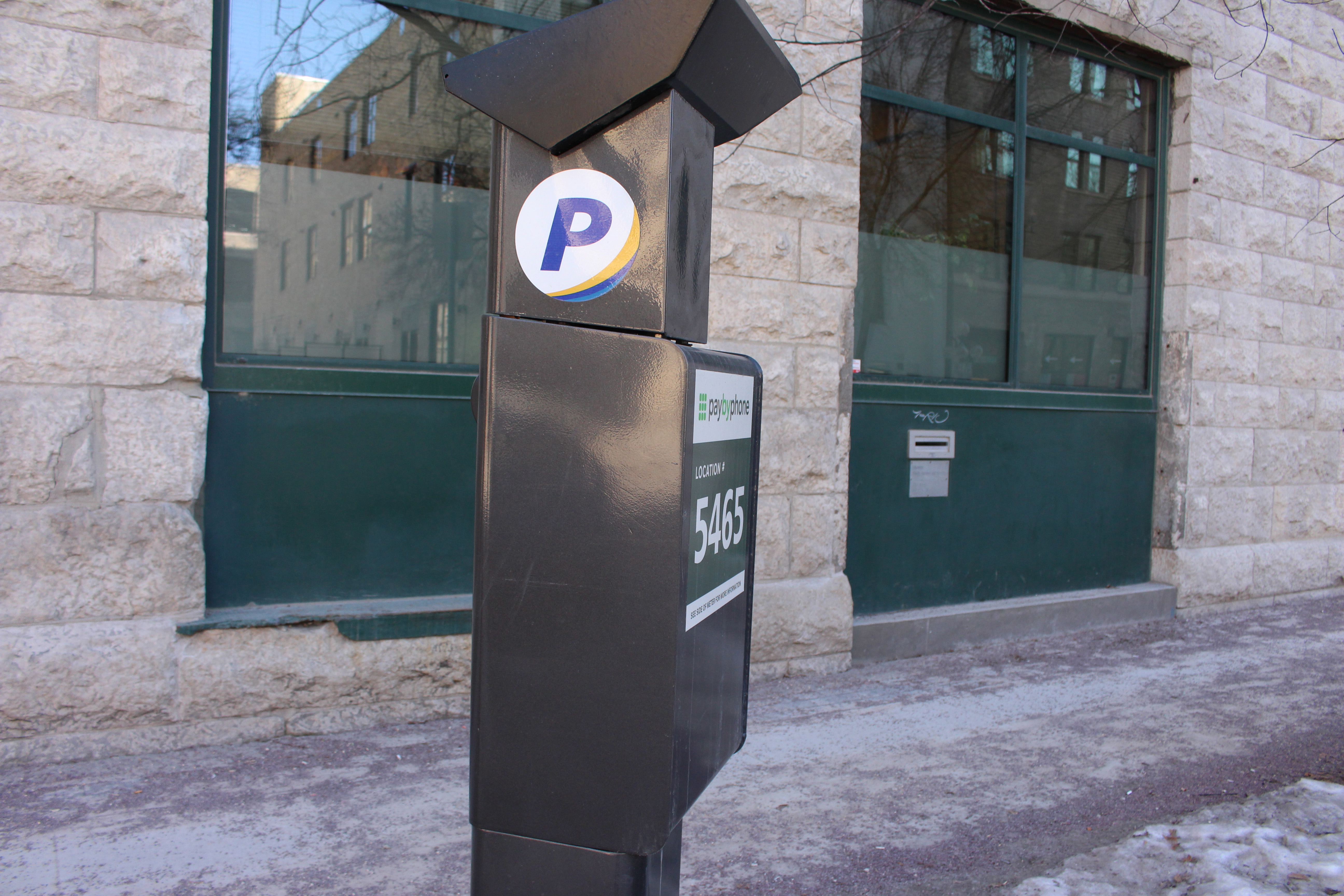 The Winnipeg Parking Authority is set to increase the price of street parking downtown by up to $1.50 on April 1, 2018./ANDREW LYSACK

Drivers will know which pay stations are set at the new prices by the rate card. A temporary sticker will also be placed on the front of the unchanged pay stations to indicate that a change in prices is occurring.

The Winnipeg Parking Authority will update a map online that will show which pay stations have the increased prices.

The PayByPhone app will continue to charge the old parking rates, even at updated stations, until all pay stations are updated. Many people working downtown are taking advantage of the app.

“I never used the app before,” said Angela Warsch, an employee at Richardson International Limited. “My husband downloaded it for me when he heard the app is keeping the cheaper prices so I think I’ll use it.”

Drivers given a ticket while parked on the street will have a reduced early payment discount, down to 25 per cent from 50 per cent.

Some Winnipeggers agree with the city’s decision that the extra money the city is earning from parking costs should go toward other transportation needs.

“I think either improve parking availability or improve bus scheduling,” said Zach Kehler, a Network and Services Technician student at Red River College. “There are a lot of time my bus is late or doesn’t even show up.”

Kehler also said he is much more likely to take a bus to school instead of driving because of how expensive parking has become.