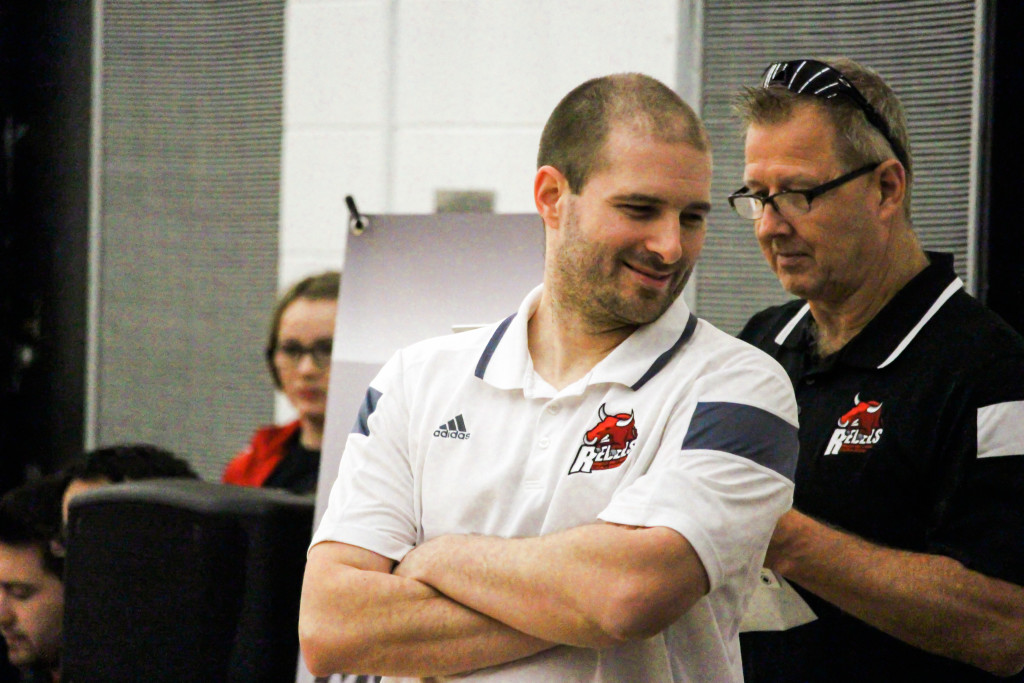 The Rebels are back on top.

History repeated itself on Sunday, Feb. 21, when the RRC Rebels men’s and women’s basketball teams both claimed Manitoba Colleges Athletic Conferences (MCAC) championship wins on Sunday, Feb. 21, marking the eighth consecutive win for the men and the fifth for the women.

The men entered the Final Four weekend as underdogs, after going 2-10 in the regular season, including two losses to the Canadian Mennonite University Blazers. The Rebels upset the top-seeded University of Winnipeg College Wesmen 65-61 in Feb. 20’s semifinal to earn a place in the championship game against the Blazers, which RRC won 87-74. 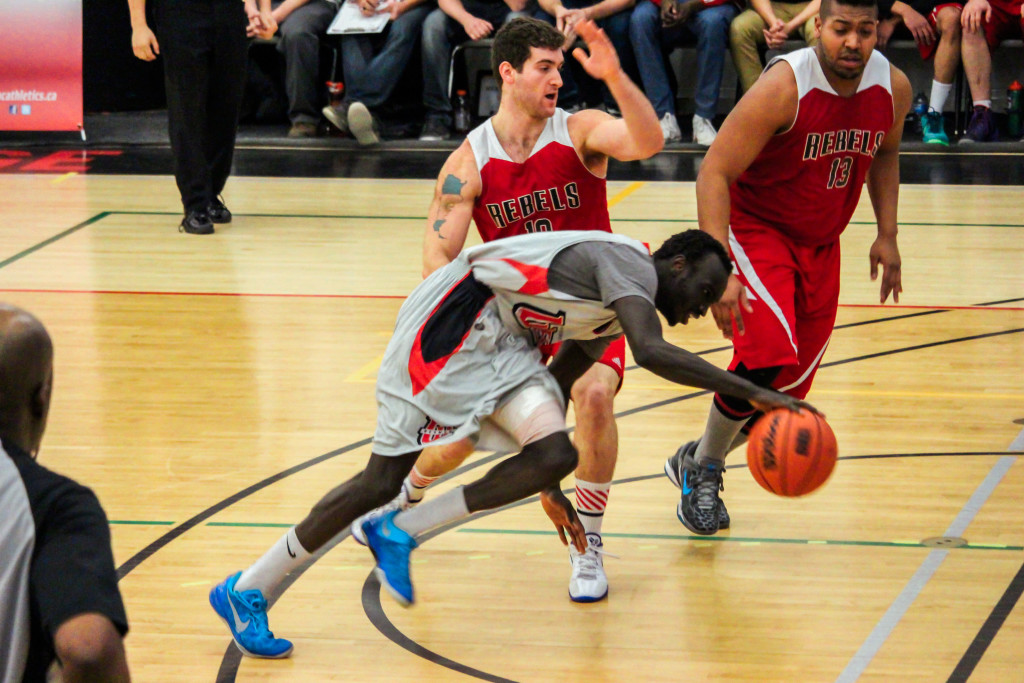 RRC’s Ezekiel Lerner (centre) defends against Mohamed Alor of the Wesmen in the Rebels’ 65-61 win over the University of Winnipeg College Wesmen on Saturday, Feb. 20. THE PROJECTOR/ Gus Gottfred

But despite their poor regular season showing, tournament Most Valuable Player and RRC starter Taylor Brown knew the Rebels could find a way to win.

“The past few games against CMU were tight,” said Brown, who put up 15 points and six rebounds in the final. “We just had to stick to the game plan and execute better, and we did that.”

This year, a new head coach helped put that game plan together. Scott Kirkpatrick replaced Sukh Singh, who left the Rebels program after leading RRC to seven straight MCAC titles. But Kirkpatrick said the transition into his new role wasn’t that difficult.

“It was a real privilege to walk into a situation where winning has bred winning,” Kirkpatrick said. “This team made it easy for me.”

Brown was quick to credit Kirkpatrick on the weekend’s success.

“He knows a lot about the game, so him coming in wasn’t much of a transition at all,” he said.

Kirkpatrick also credits some alumni who came to practice with the team in the week leading up to the tournament. 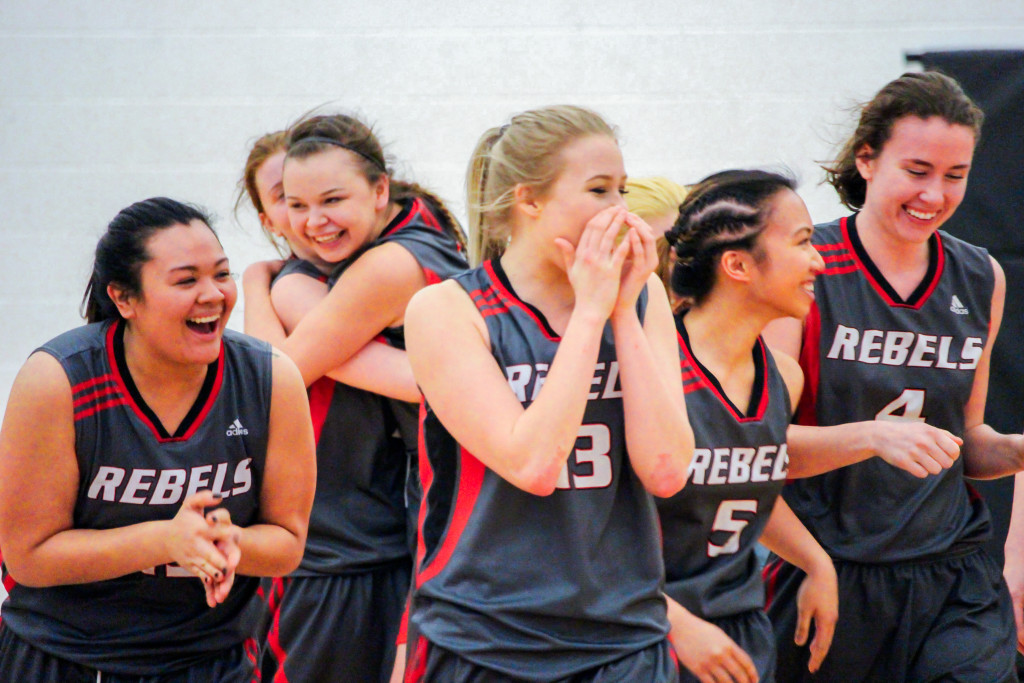 The Rebels women’s basketball team celebrates after their 64-55 MCAC championship win over the Canadian Mennonite University Blazers on Sunday, Feb. 21. THE PROJECTOR/Gus Gottfred

“That was tremendous,” he said. “Those older guys coming in was a big reason why we were able to defend our title this weekend.”

On the women’s side, the Rebels dominated the Providence University College Pilots 58-45 on Feb. 20 to make the final against the powerful CMU Blazers.

CMU came into the championship game with only one loss in the regular season – to Red River College. The Rebels grabbed the lead in the second quarter and never looked back, defeating the Blazers 64-55.

Tournament MVP Lindsay Young said she knew the Rebels could repeat as champions.

“It was kind of a hard year for us but I’m really proud of us for pulling it together,” said Young, who had 15 points and grabbed 11 boards in the final. “I knew we could beat them all along.” 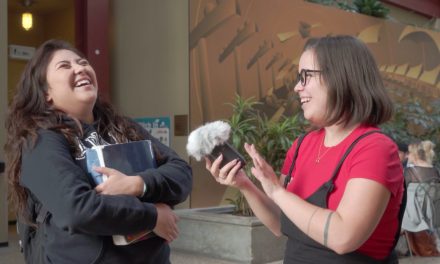 Spooky SZN is in full effect: What’s Your Spookiest Deadline?