LOCAL FILMMAKERS SHOW THEIR WORK IN THE EXCHANGE DISTRICT 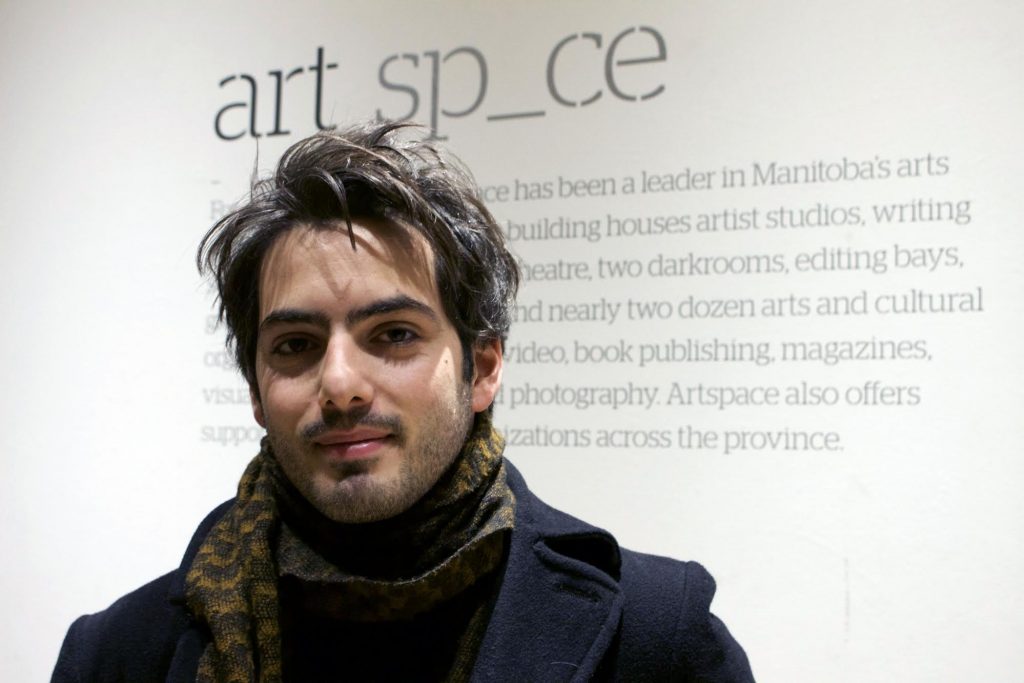 Fabian Velasco, 29, was one of the attendees of the opening night of Gimme Some Truth documentary film festival at Cinematheque on Nov. 1, 2017. / LAUREL JOHANSON

A documentary film festival celebrating its ninth year in Winnipeg officially kicked off its program on Wednesday Nov. 1. Gimme Some Truth is a film festival being produced by the Winnipeg Film Group (WFG) and is taking place in the heart of the Exchange District Nov. 1-5 at 100 Arthur Street, main floor Cinematheque.

The festival’s opening night activities included screenings of documentaries and a reception at Cordova Tapas & Wine afterward. Later in the week, Gimme Some Truth is also offering lectures, panels, and workshops for aspiring filmmakers and film buffs alike.

Among the films screened on opening night was Tales From the Winnipeg Film Group (Tales). The film is co-directed by Red River College Creative Communications alumnus David Barber, who graduated in 1982 and is now the Programming Coordinator at WFG. Tales tells the story of the WFG’s humble beginnings in 1974 all the way to its present-day identity as a hub for independent filmmaking across Canada. According to Barber, the film took over two years to make.

“For me, the ultimate point of this film is that great filmmaking is happening here (in Winnipeg),” said Barber at a Q&A session after Wednesday night’s screening. “It’s been happening for years and we wanted to show a through-line.”

Tales found a fan in filmmaker and University of Winnipeg graduate Fabian Velasco, who attended the opening night screening.

“It was interesting to hear about the WFG from before I even came to the city,” said Velasco, 29, who is originally from Argentina. “I really liked the film. There were some funny stories.”

Ed Ackerman, a Winnipeg filmmaker whose work is featured in Tales, also watched the film on the opening night of Gimme Some Truth.

“It felt almost like an outsider’s movie,” said Ackerman, previously a program co-ordinator for the WFG back in 1978. “(The film asks) Where did our sensibilities come from? It was like tracking it back to an almost mythical place.”

Other screenings for Gimme Some Truth include the 2017 Cannes Best Documentary Award-winning Faces, Places (Visages, villages); Alan Zweig’s There Is a House Here about the Inuit way of life in Iqaluit; and Our People Will Be Healed, Alanis Obomsawin’s portrait of the people of Norway House Cree Nation in northern Manitoba.

For students and aspiring filmmakers, Saturday’s panel discussion entitled “Getting the Inside Track: Gaining Access and Trust With Your Subjects” may offer insight into interacting with interview subjects and connecting with them on a personal level.

A full schedule of events for Gimme Some Truth and ticket information can be found at gimmesometruth.ca