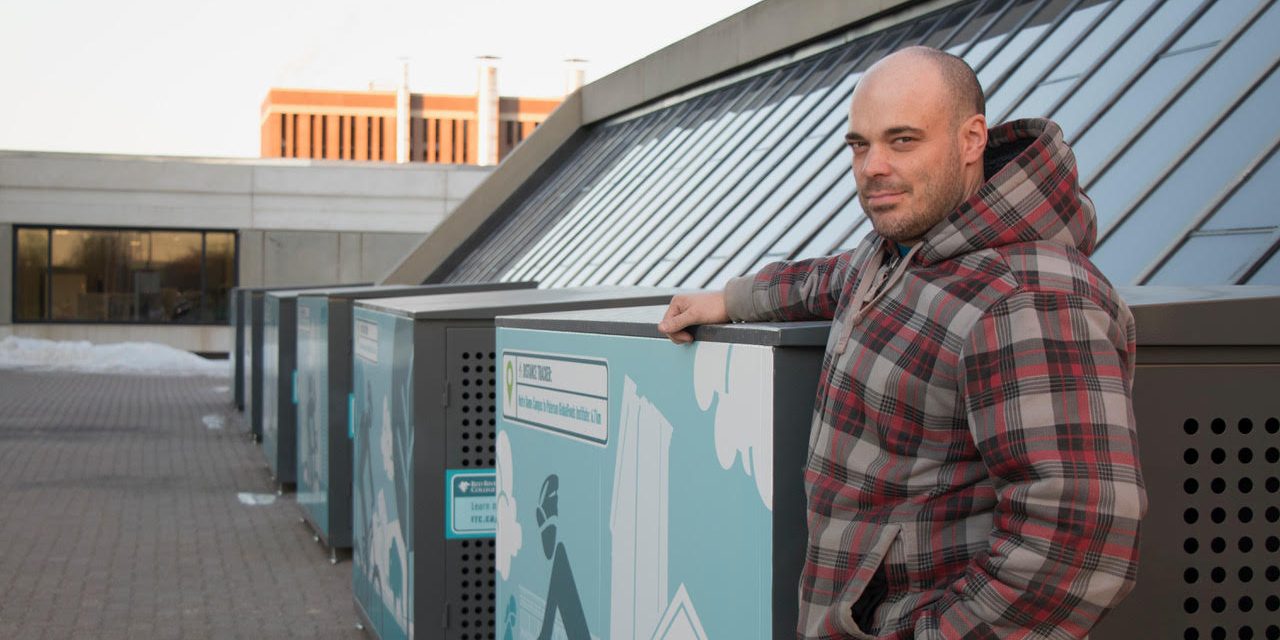 The designs on the new bike lockers at Red River College’s Notre Dame campus are for more than just aesthetic – they’re meant to represent the different commuters that might use them.

Marc LeBrun, a graphic designer at Red River College and an avid cyclist, said he worked with the college’s sustainability office to come up with the exterior designs.

“The goal of each locker was to give each its own personality,” said LeBrun. “I didn’t want it to look like just one type of cyclist.”

The lockers feature illustrations of cyclists at prominent Winnipeg locations, including FortWhyte Alive, the Canadian Museum for Human Rights and Assiniboine Park. The distance between the college and each location is written on the lockers. 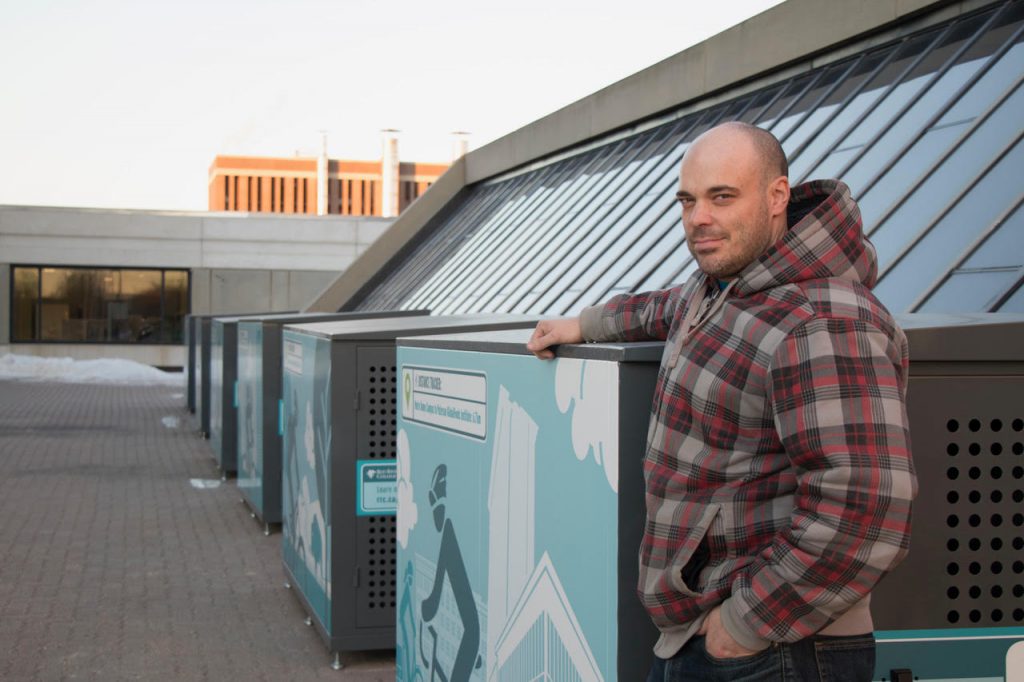 “I’ve got a bike that’s a cruiser bike with a basket on it. I’ve got another guy that looks like he’s almost racing to work,” said Lebrun. “I really got into it. It’s like a labour of love.”

Through engagement and outreach sessions, the sustainability office found that a barrier for people to bike to campus was the lack of secure, weather-protected locations to lock their bikes, said Sara MacArthur, director of sustainability at Red River College.

According to Red River College’s transportation plan, only five per cent of staff and students college-wide commute using bikes.

MacArthur said she thinks installing these bike lockers on campus “will only increase ridership.” 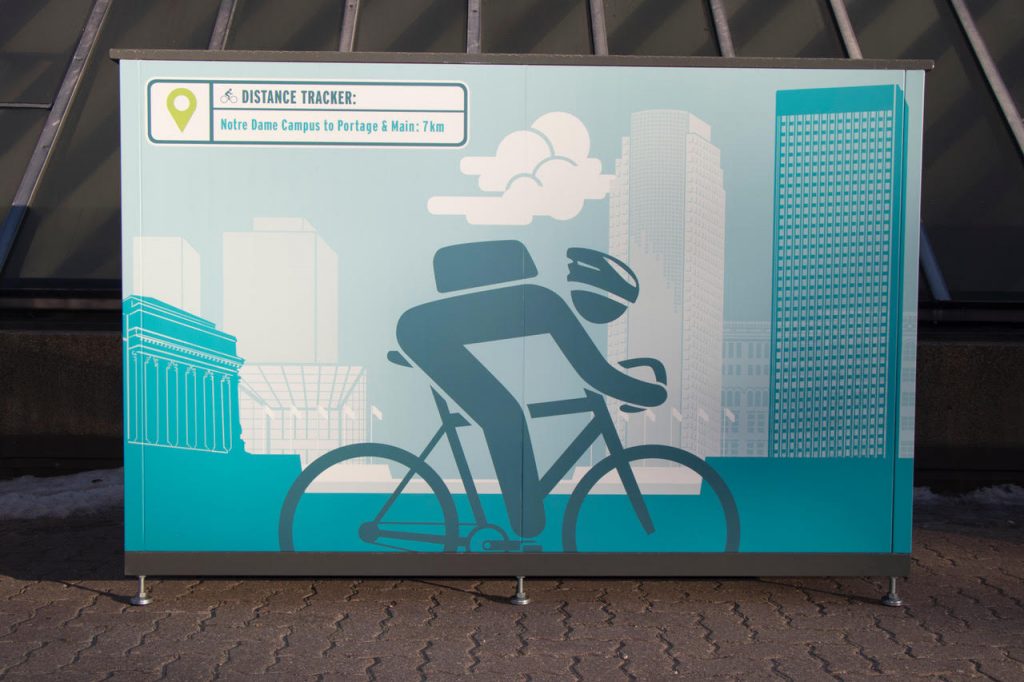 One of the 17 bike lockers at Red River College’s Notre Dame campus showcases the Portage and Main cityscape on Nov. 28, 2017./DAVID BOULET

The 17 lockers – each with two parking spots – are available to rent for $10 per month through the Red River College Print Shoppe. They are meant to improve the college as a destination for cyclists as part of Red River College’s transportation plan.

MacArthur said there will be a launch for the bike lockers in the spring, when people are gearing up for the cycling season. She said this will include promotions, education and installing year-round air pumps and repair stands for cyclists at the Notre Dame and Exchange District campuses.

“Cycling is a great way to start your day and end your day,” said LeBrun. “I’m looking forward to seeing a lot of people using (the lockers).”

People can still make suggestions of notable Winnipeg landmarks to be featured on the unfinished bike lockers by emailing smacarthur@rrc.ca.