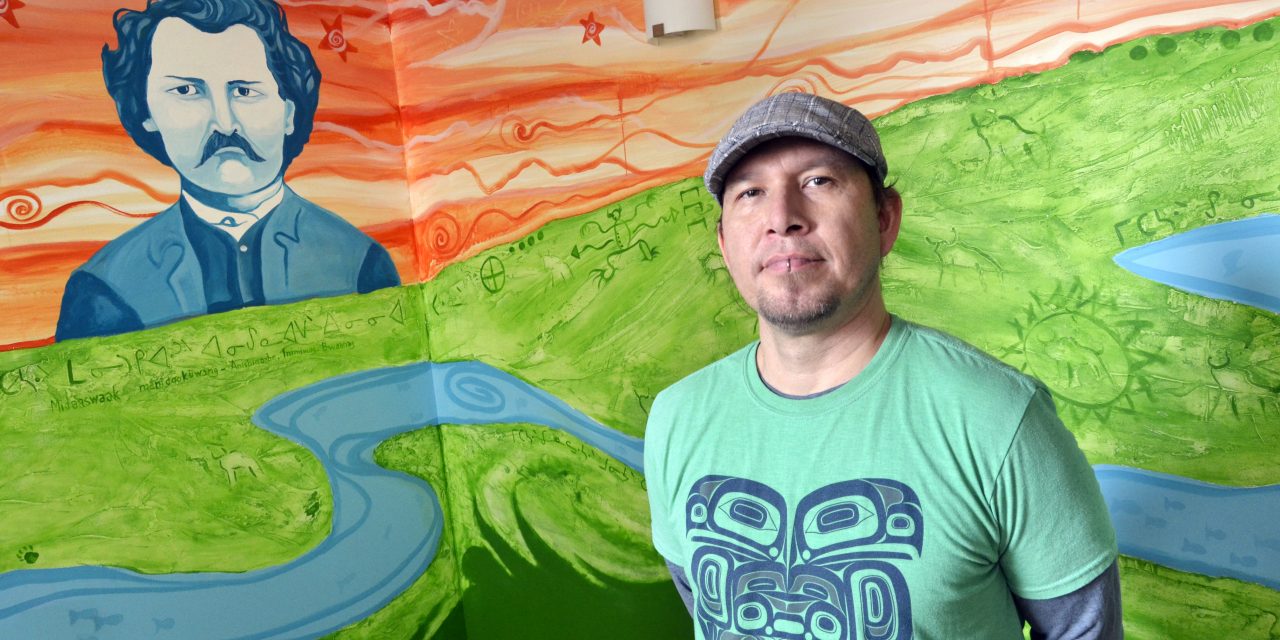 The pictures are part of a mural intended to comfort the college’s Indigenous students staying in residence, said Sarah Panas, a communications officer with the college.

“Many of the Indigenous students residing at PGI are from Northern communities,” Panas said in an email. “If the College can provide a safe place that reconnects them back to their communities, then that’s a win.”

Gwiiwizenz Dewe’igan painted the walls of 513-PGI, filling the room with an orange sky, grassy fields and a winding river. There’s a Sundance tree along with tiny details like buffalo and fish, and Anishinaabemowin words.

The room is open to those staying in residence, their guests and people on accompanied tours. Twenty-three Indigenous students live in PGI’s residence.

Dewe’igan, who also goes by David Dorian Boulanger, painted a mural at a school in Peguis. He started the college’s mural in the fall, and he finished it in November.

Now, residents can use the room to hang out and study.

Kylie Clark, the manager of campus living at PGI, said she hasn’t heard much feedback about the room because it’s new.

“Whether or not (residents are) identifying with the symbols, I’m not sure yet,” she said. “I’ve never heard anything bad—everyone who comes in here talks about how beautiful the artwork is.”

The next step is adding new furniture, Clark said. Staff with the college’s School of Indigenous Education proposed getting furniture that matches the mural’s orange sky. They also recommended circular seating, like a sharing circle.

“It’s important that if it represents your culture, you have a say in the space,” she said.

The First Nations and Métis are represented through the portraits in the mural, Clark said. Now, organizers plan on painting Inuit symbols on the entrance.

The mural is part of an initiative to have more Indigenous student residents, Clark said.

“One of the things that came back to us is there wasn’t a space that felt very homey or that brought their culture and diversity,” she said.

RRC had 1,153 self-declared Indigenous students in the 2018-2019 school year. They made up nine per cent of the student body.

Staff and students can declare themselves Indigenous in a form the college sends out via email every year.

Organizers at the PGI campus are trying to plan more Indigenous programming, Clark said. Before Christmas, residents baked bannock together.

There may be programming in 513-PGI in the future, despite the room’s small size, Clark said. 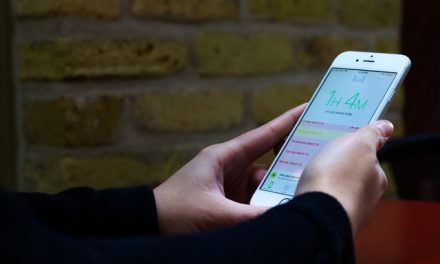