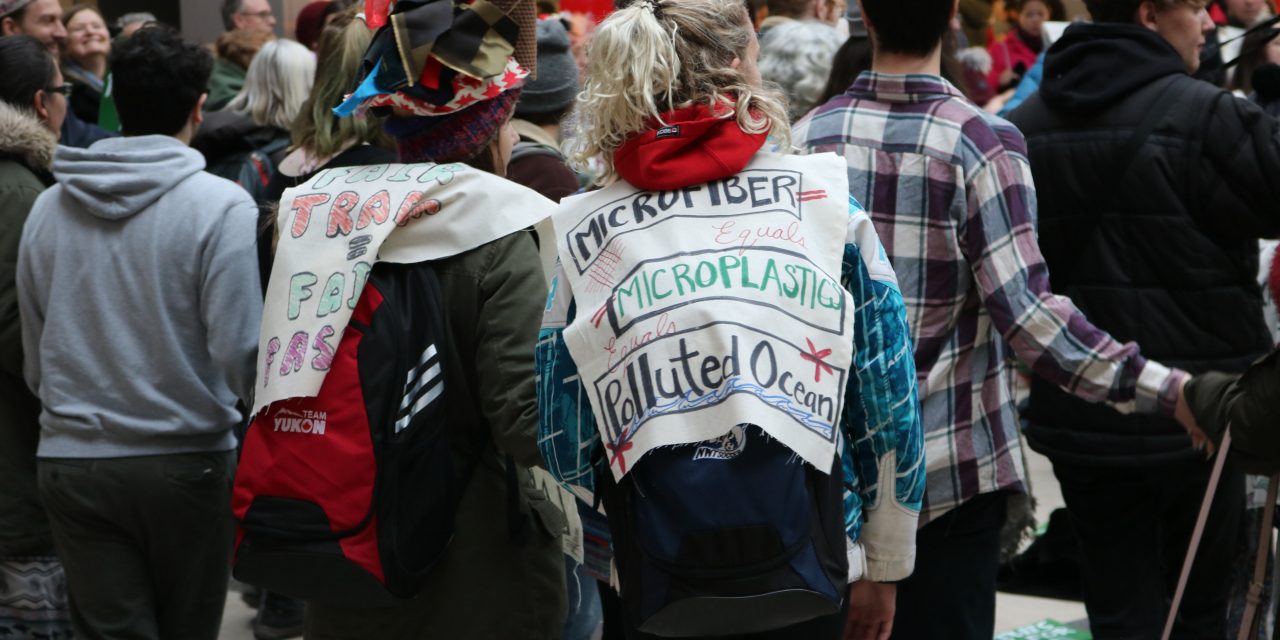 CF Polo Park opened at 7:00 a.m. on November 29, allowing shoppers extended access to Black Friday sales. Lines at the tills were 30 minutes long. Dozens lined up to have their photos taken with Santa Claus.

But, at 12:30 p.m., shouts and drums echoed through the walkways of the mall.

Dominique Carriere, 20, said they chose a mall because of its impact on the environment and the throw-away culture it perpetuates, especially on Black Friday.

Many of the signs condemned fast fashion and encouraged thrifting as an alternative to shopping at a mall. Fast fashion refers to the inexpensive clothing rapidly produced by large retailers in an effort to keep up with the latest trends.

The march culminated in front of the Apple Store. The protesters joined hands in a circle around five Indigenous singers and drummers and performed a round dance. The singers would pause for call-and-response chants:

“When I say, ‘water is’, you say, ‘life’,” said the protest leaders who were met with an uproarious response.

Security guards worked to keep the circle confined to prevent blocking the pedestrian thoroughfare, which was not an easy task.

“Indigenous sovereignty is climate action,” the people in the round dance chanted again and again.

The round dance grew as passersby joined in.

Carriere got involved with Manitoba Youth for Climate Action (MYCA) leading up to the Global Climate Strike on September 27 earlier this year. She is now one of the organizers spearheading protests like this one. She said that MYCA often works closely with Idle No More.

“We need to make sure these big fashion outlets know they are destroying the Earth,” said Carriere. “Fast fashion and consumerism, in general, are major contributors to climate change.”

Carriere studies international development and political science at the University of Winnipeg, and she said she hopes to use her education to help save the environment.

Natalia Dawn, a student at Miles Macdonell Collegiate, said there was no question of whether or not she would miss school for the protest.

“I just told my dad I was going, and that was that,” said Dawn.

Dawn said she has been a climate activist since she was 11 years old. She said she struggles talking to people who don’t care about the environment. But, she has made many friends who have gotten involved in events such as this one.

Dawn and her friends held bus tickets in their hands that organizers had distributed to the protesters so they could bus, not drive, to the University of Winnipeg, where MYCA and Idle No More were hosting a clothing swap.

Similar Black Friday protests were held in other cities across the country such as Edmonton, Montreal, and Vancouver. 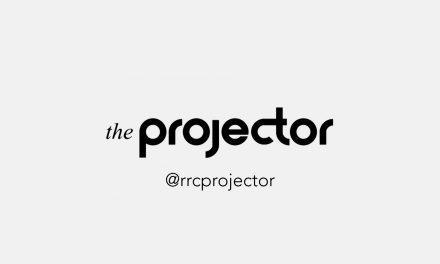 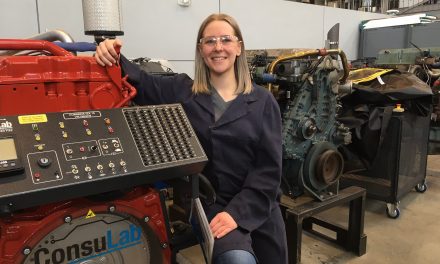