Clear Sidewalks A Priority For People With Disabilities 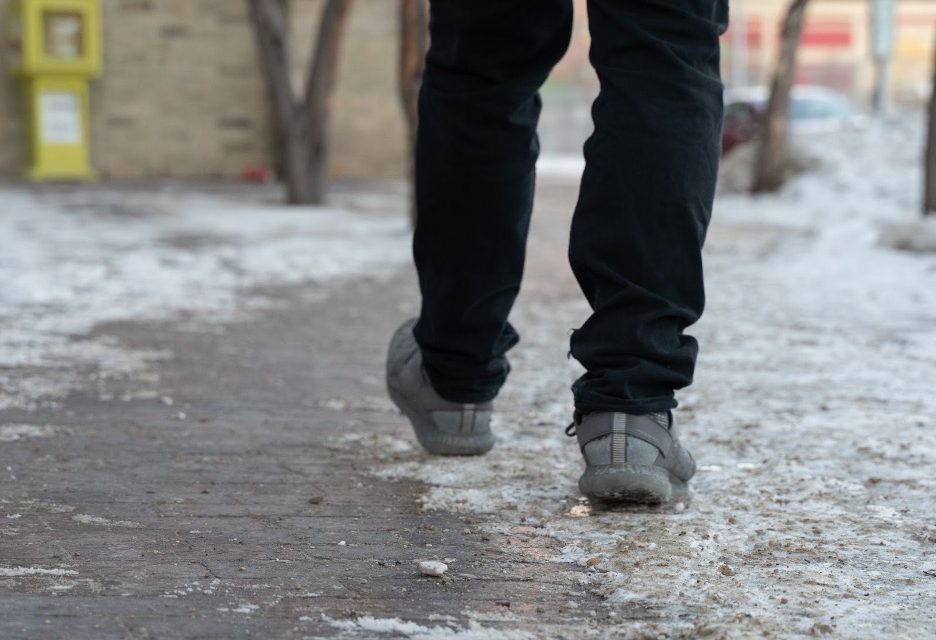 Students say people struggle with uncleared sidewalks around the college

Icy sidewalks around the Red River College Polytechnic downtown campus present a challenge for the staff as students return to some in-person classes next semester.

Brianna Mousseau, a Youth Recreational Activities Worker student, said she comes to the college nearly every day to do work. She has seen a lot of people who are not able-bodied make their way in and out of the college.

“They were struggling because they don’t always have someone behind them pushing. They would use both arms and a leg to try and get across,” said Mousseau.

It can be quite difficult for someone who isn’t able-bodied or has walking problems to commute to and from the college. Clear sidewalks—free of ice and snow—could help fix this problem.

Right now, the weather is warmer for December, and many sidewalks are cleared of snow, but in the future, Mousseau said she thinks the college could do more shovelling and sanding than it is currently doing.

Rick Lang, the maintenance manager at RRC Polytech’s Princess Street Campus said the college outsources some sidewalk clearing to a company in charge of snow removal.

“I mean these guys try. There’s more sidewalk to keep up with now,” said Lang.

Lang is referencing the newly developed space on the north side of the Exchange District campus. Now there is more sidewalk space for students but also more space for ice and snow to build up.

Winnipeg’s Snow Clearing and Ice Control Policy categorizes some sidewalks outside of the college as Priority 1 or 2 Active Transportation pathways, according to the city’s website. These walkways should be cleared by the city, generally once snow accumulates to more than three centimetres and within 36 hours following the end of a snowstorm.

Lang said the winter season so far has only thrown a couple of snow falls at the college.

“I’m satisfied with the north [entrance], but the other entrance could use some work,” said Lang.