Randy Ambrosie knows a thing or two about working in the trenches.

From 1985-93, he spent 142 games digging in and protecting quarterbacks as an offensive guard for the Calgary Stampeders, Toronto Argonauts and Edmonton Eskimos.

24 years later, he’s back in the channel, this time to protect the CFL game from irrelevance and its players from impairment.

A successful player with a Grey Cup ring, Ambrosie understands the intricacies of Canadian football and is the perfect person to move it forward.

In fact, less than three months into his new gig, he already has, confidently instituting sweeping changes midseason.

Anyone who thought Ambrosie would tiptoe into the commissioner’s office and quietly maintain the status-quo was surely and sorely mistaken. The 6’4, 250-pound native Winnipegger bulldozed onto the scene, getting right down to the foundation of the league’s terrible video review policy.

Over the last few seasons, the CFL expanded video review, allowing coaches to challenge pass interference and later, unnecessary roughness. At the start of this season, coaches each had two challenges per game at their disposal – and a third if they challenged successfully.

This led to coaches indiscriminately littering the field with flags, desperately challenging every perceived bump and push – even if the contact occurred on the other side of the field and had no bearing on the outcome of the play. It slowed games to a snail’s pace, and when combined with oft-incompetent officiating, threatened to turn fans away for good.

Hearing fan grievances, Ambrosie wasted no time getting the frenetic, fast-paced game — rather than dudes in stripes looking a tape — back in the spotlight.

“Too many challenges and reviews are interrupting the game,” Ambrosie said in early August. He called the system an “artificial impediment” on the game and scaled it back to one challenge per team, per game, forcing coaches to save them for critical moments. This has improved the pace of play and the game experience.

Of course, the commissioner is also responsible for the players, and Ambrosie’s protective instincts he learned as a guard have shone through, as he’s created measures to keep them safe and injury-free.

A former player whose career was cut short by injuries, Ambrosie knows just how grueling the gridiron game is and how much players get smacked around through an 18-game season.

To reduce collisions and keep players on the field instead of on injury lists, he declared an end to all full-contact padded practices earlier this month, the first professional football league to do so. In addition, starting next season, the league will add a third bye week to give players more time to rest in between games.

“It was clear we had an opportunity to get this out and do something proactive for player safety,” he said after announcing the change.

The logical next step for Ambrosie is to publicly acknowledge the link between blows to the head and chronic traumatic encephalopathy (CTE), a form of degenerative brain disease common in athletes, especially football players. It’s something ex-commissioner Jeffrey Orridge – who “mutually parted ways” with the CFL after two tumultuous years – repeatedly denied, despite overwhelming scientific evidence.

Addressing CTE should be just one thing on Ambrosie’s to-do list. He needs to keep digging to rectify other issues such as overzealous officials, the disparity between the east and west divisions, and drastically waning attendance in many markets.

Ambrosie’s bold, brash, and not afraid to get dirty. Look for him to stay firmly entrenched in making the game better. 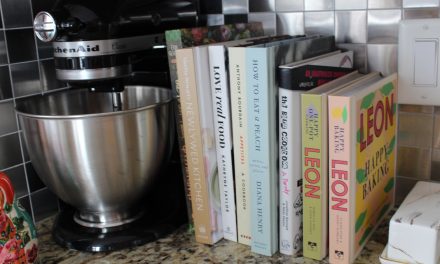