New Exchange District shop ready to find creativity in everyone

Anyone can be creative, they just need a little bit of encouragement—a pinch. That was Tannis Ross’s idea when she opened A Pinch of Creativity, a multi-functional business that promotes art and creative outlets in Winnipeg’s Exchange District.

“I always hear people say, ‘Oh, I’m not creative,’” said Ross. “Those are the people who I want here. I want to show them that they just need the right outlet.”

Ross modeled her business after a series of art retreats she attended in the United States. She started to wonder why nothing similar was available in Winnipeg. That wonder turned to reality, and A Pinch of Creativity opened its doors in January.

Ross calls her daughter, Haley, one of the inspirations in starting the business. Haley suffers from a learning disability, and six years ago Ross had to quit her job to teach Haley from home.

“A person with a learning disability doesn’t paint within the lines,” said Ross. “It’s that grey area. That’s why something like this is so important. It shows that trying is the first step to everything.”

Ross taught her daughter to create in a way that suits her needs, and she hopes the same will be true of her customers at A Pinch of Creativity. Don’t try to tell Ross that you aren’t capable of something. She’s not interested in hearing it.

When people sign up for her workshops, Ross sits them down in a group and makes them find their creativity. She also makes sure they feel safe and comfortable while doing it.

While she is not trained in art therapy herself, she doesn’t think that’s necessary to be able to benefit from it.

But the workshops aren’t all you’ll find at A Pinch of Creativity. Opposite the workshop table is the Boutique, where 35 local artisans have rented space to sell their handcrafted works.

Among them is Pam McIntyre, who creates clothing in fun and funky polar fleece through her company Funky Fleece.

“There is such a lovely calm and ambience as soon as you walk in the shop door,” said McIntyre. “Such supportive energy. I feel honoured to be showcased there.”

All workshops for A Pinch of Creativity are booked online at apinchofcreativity. com.

First Fridays opens art galleries to the public from 5-9 p.m. on the first Friday of each month. People are invited to visit participating galleries for free, or they can join the ART TALK/ART WALK guided tour for a small fee.

Mahri White and Nic Adamson rent a space in the Artspace building. They host shows for First Fridays each month.

“You can’t necessarily get into a space unless you have a reputation or whatever, so this is kind of somewhere that we can show people that maybe wouldn’t get into a gallery,” said White, a Fine Arts student at the University of Manitoba.

White’s space functions as a part-time gallery and part-time studio. 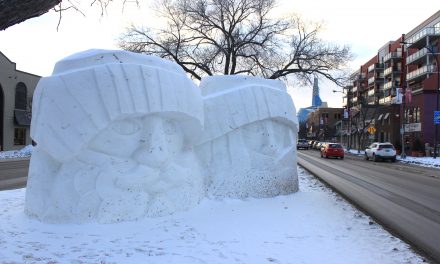 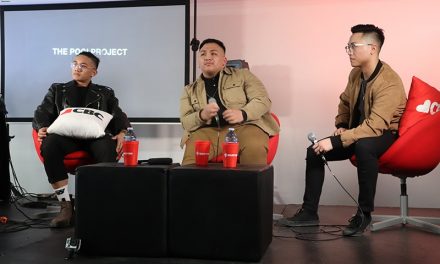 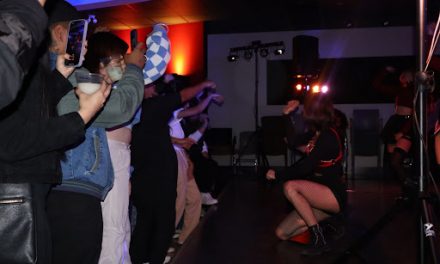