The Cave Lounge is dark save for the lighting near the bar at the back of the room and spotlights on Wes Barker, the magician on stage. He’s about to perform his final trick at the Game of Thrones Election Kegger. It’s twenty minutes past five, twenty minutes past the time the RRCSA election winners were scheduled to be announced. The students crowded into the rows of couches facing the stage laugh and cheer as Barker gets ready for his final trick. He prepares by taking off his clothing one article at a time until all that’s left are his pink Calvin Klein boxer briefs and blue stripped socks. The trick ends with him pulling a beer from his underwear.

Barker takes his bow and leaves the stage, leaving space for the next announcer, a middle-aged woman. The crowd on the couches gets up and makes its way to the bar at the back of the room. Only two people remain seated watching the stage.

Within two minutes, the woman on stage announces the results of the U-Pass referendum and the election winners. Nik Bola for VP Internal, Alex Hartung for VP External, Kelsey Gillespie for VP Academic, and Lauren Slegers for President. Gillespie and Slegers make a short speech to the crowd huddled around the bar at the back of the room. The new executive team poses for a group photo, as DJ Zack Daniels stands to the side waiting to keep the entertainment going. 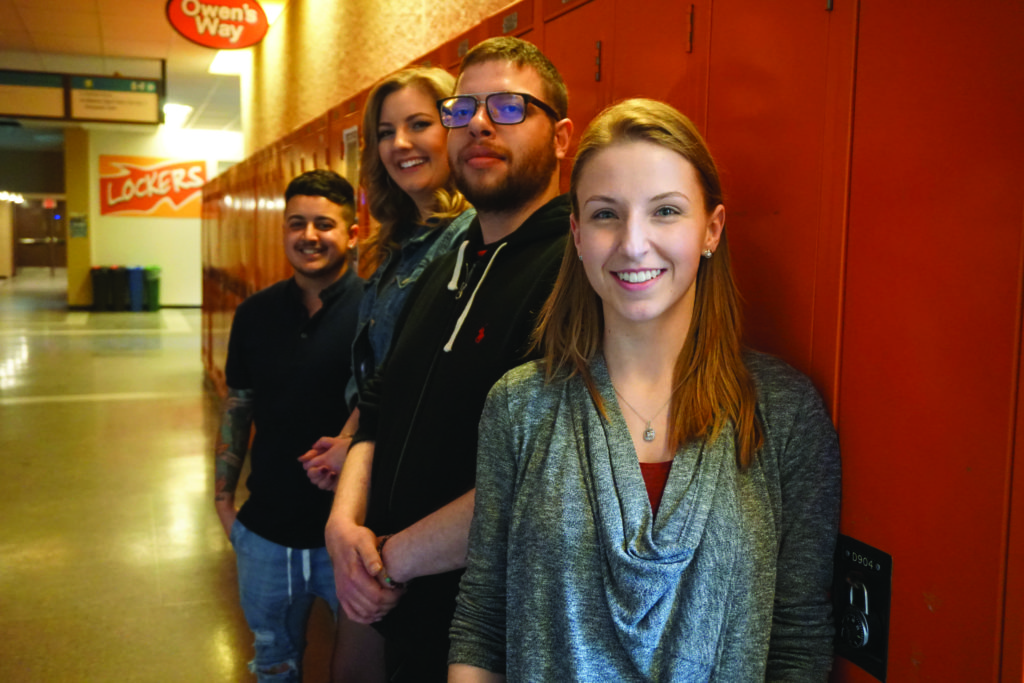 Though the inauguration event wasn’t scholastic, the incoming RRCSA executives say they’re ready to represent the students of Red River College, and they believe they’ll make a strong team.

All executive members for the coming academic year are business administration students, and all but Hartung attend the Notre Dame Campus.

Bola is the only returning executive member. And he already has a clear idea of what he would like to accomplish in the coming year.

“I’d like to add some revisions to the by-laws including sections on discrimination and racism,” said Bola.

Hartung, now in his first year at RRC, said he wants to speak with students first to better understand their issues and concerns.

Gillespie echoed Hartung’s thoughts and said she would like to get more students involved with the RRCSA.

Voter turnout doubled in this year’s election with 20.5 per cent of RRC students casting their ballot. In 2016 the voter turnout was 9.06 per cent.

Gillespie is happy to see the high rate of engagement from the student body but still wants to see more.

“To get even more student involvement next year would be really exciting,” said Gillespie.

Gillespie said she was happy with the turnout at the election announcement event but she said she’s disappointed that it’s the last kegger of the year. 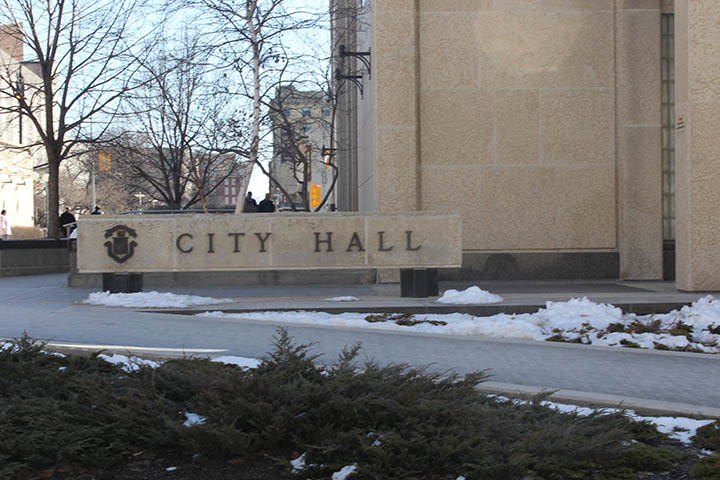