WPS and RRC team up to take each other down 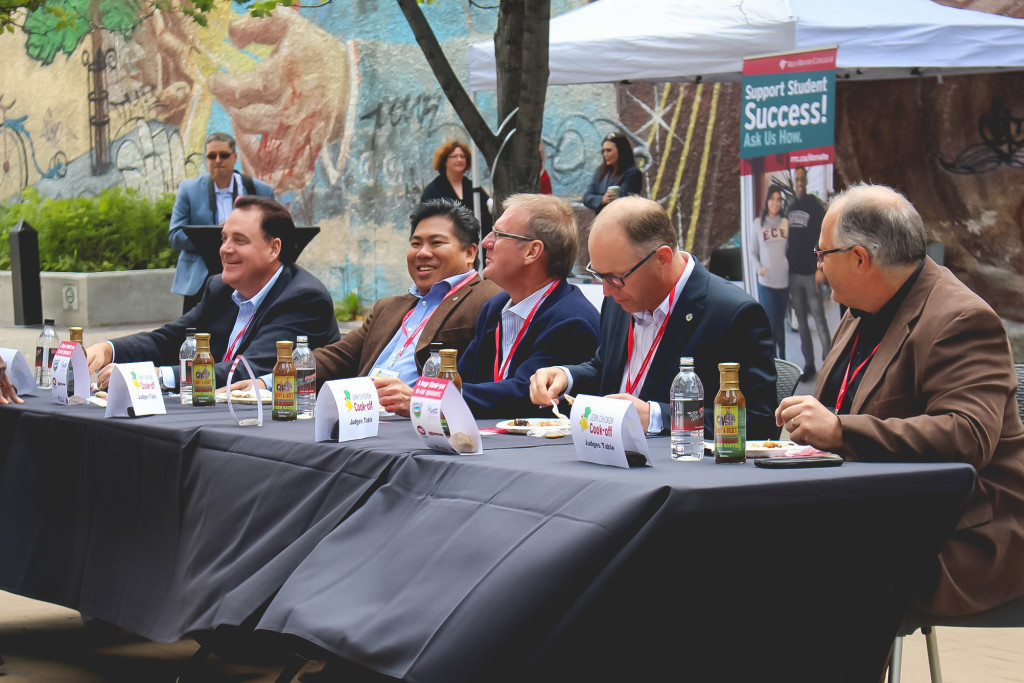 The panel of judges test out the recipes. THE PROJECTOR/Erin DeBooy

The weather is getting cooler, but Red River College knows how to bring on the heat.

RRC’s own Tim Appleton and Winnipeg Police Chief Devon Clunis went head-to-head on Sept. 9th in the jerk chicken cook-off of a lifetime. Hopefully, it’s the first of many more.

The friendly competition and fundraiser all started with a few friendly jabs during a lunch at Jane’s restaurant.

“I originally wanted to be a guest chef,” said Clunis. “I told him I make a mean jerk chicken, and Tim actually grilled me a hot pepper.”

Appleton grilled him a habanero pepper, to be exact.

“He thought he’d be cool and put it in his mouth to try it,” Appleton said. “Well, it was a little hot for him, I’d say.” 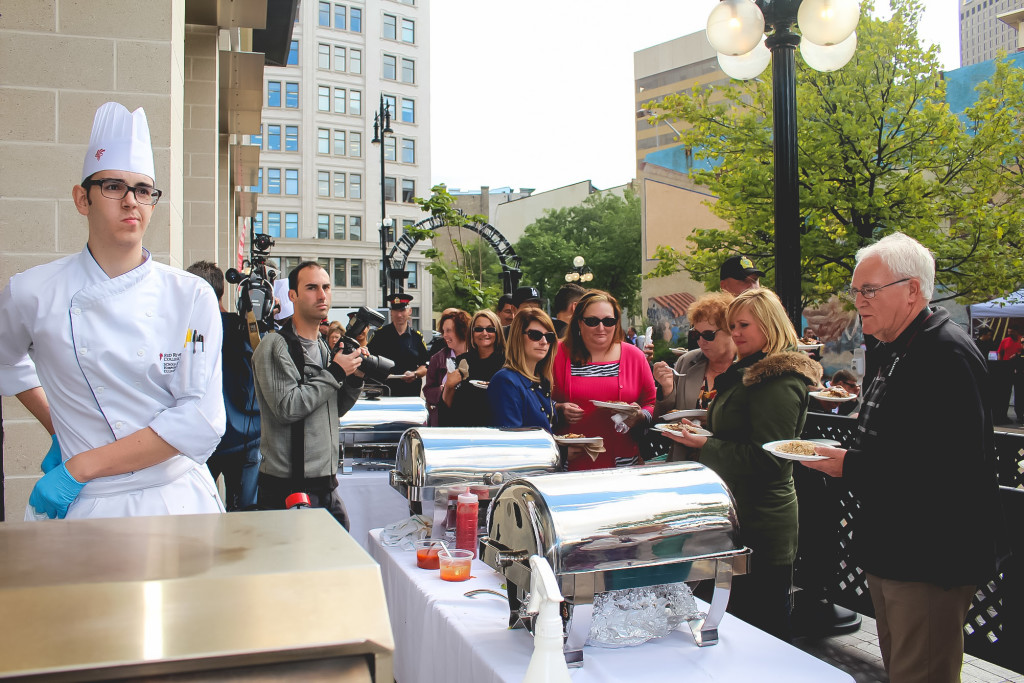 The two agreed to do a competition and event all in one, to raise money for the WPS Endowment Fund and the Red River College Youth-in-Care Bursary.

“The WPS Endowment Fund is aimed at crime prevention, social development, and many initiatives across the city that help create a safe and healthy environment,” said Clunis. “Any opportunity we get to spread the word is a good opportunity.”

Each armed with a team of culinary arts students, Appleton and Clunis cooked their best for a crowd of Winnipeg Police officers, RRC students, a panel of judges, and curious bystanders looking for some lunch.

“Jerk chicken is in my blood,” said Clunis. “I go back to my homeland, Jamaica, I’ve tasted it there and I’ve tasted jerk chicken from all over the world. It just doesn’t compare to mine.” 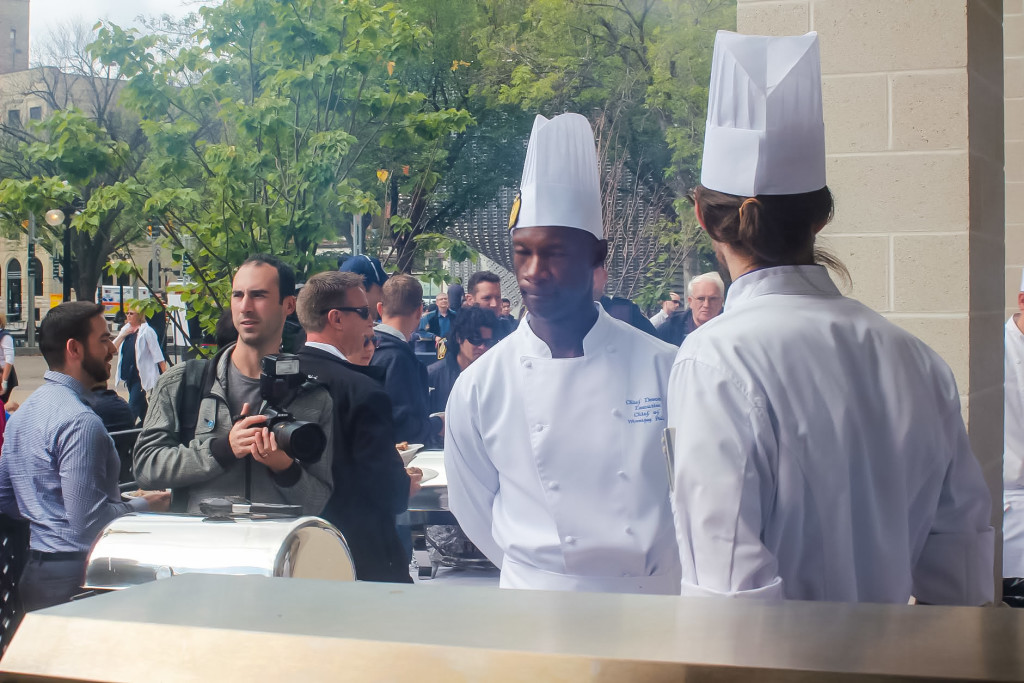 The event raised almost $3,600, which will be split evenly between the WPS Endowment fund and the Red River College Youth-in-Care Bursary.

Appleton said this was a step at building community, and hopes to have more fundraisers like the cook-off take place in the future.

Clunis said he also hopes to work with RRC for more events like this in the future, whether to fundraise again or just bring the community closer together.

“We’re certainly very open to working with RRC,” Clunis said. “It’s such a great organization to work with. It has so much vitality.” 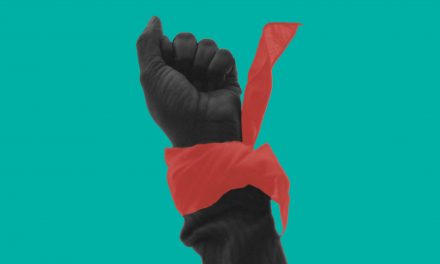