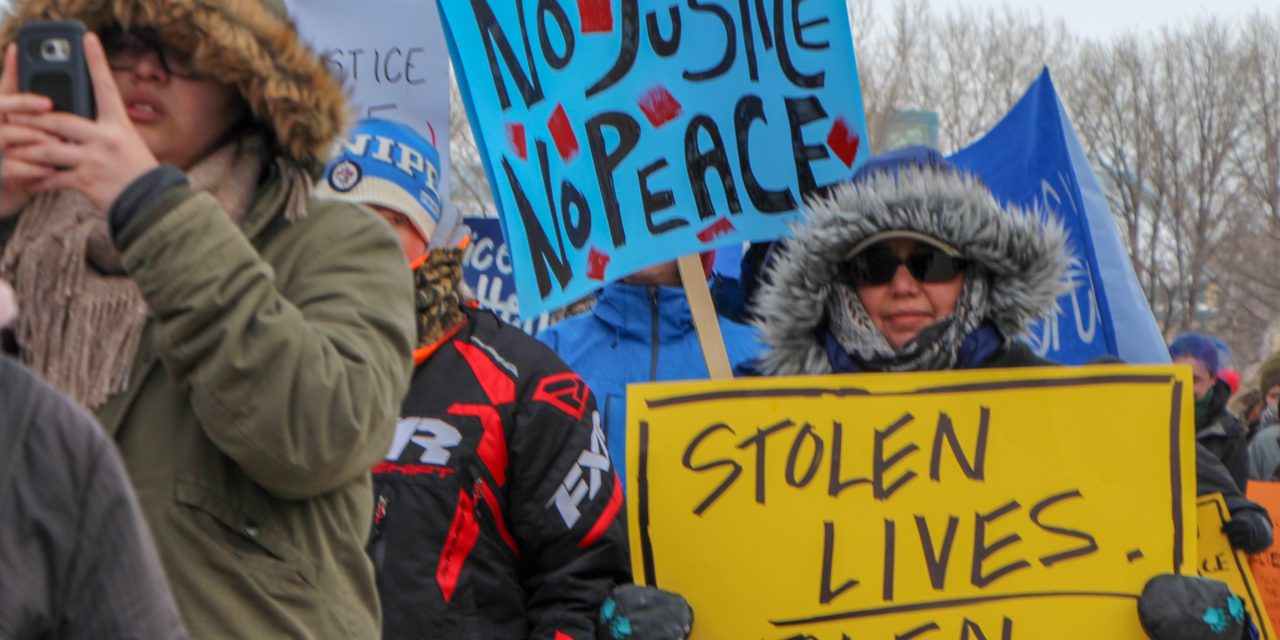 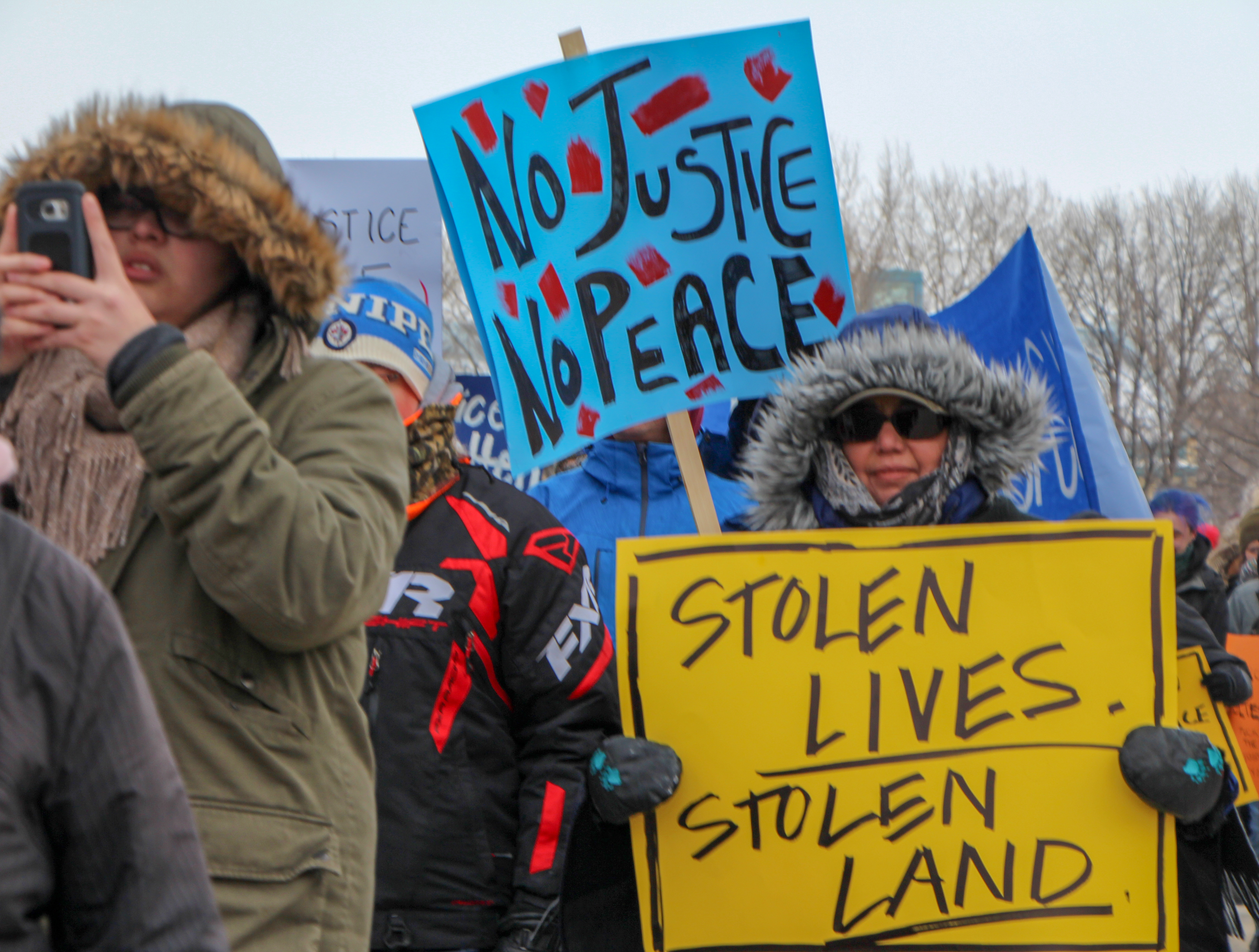 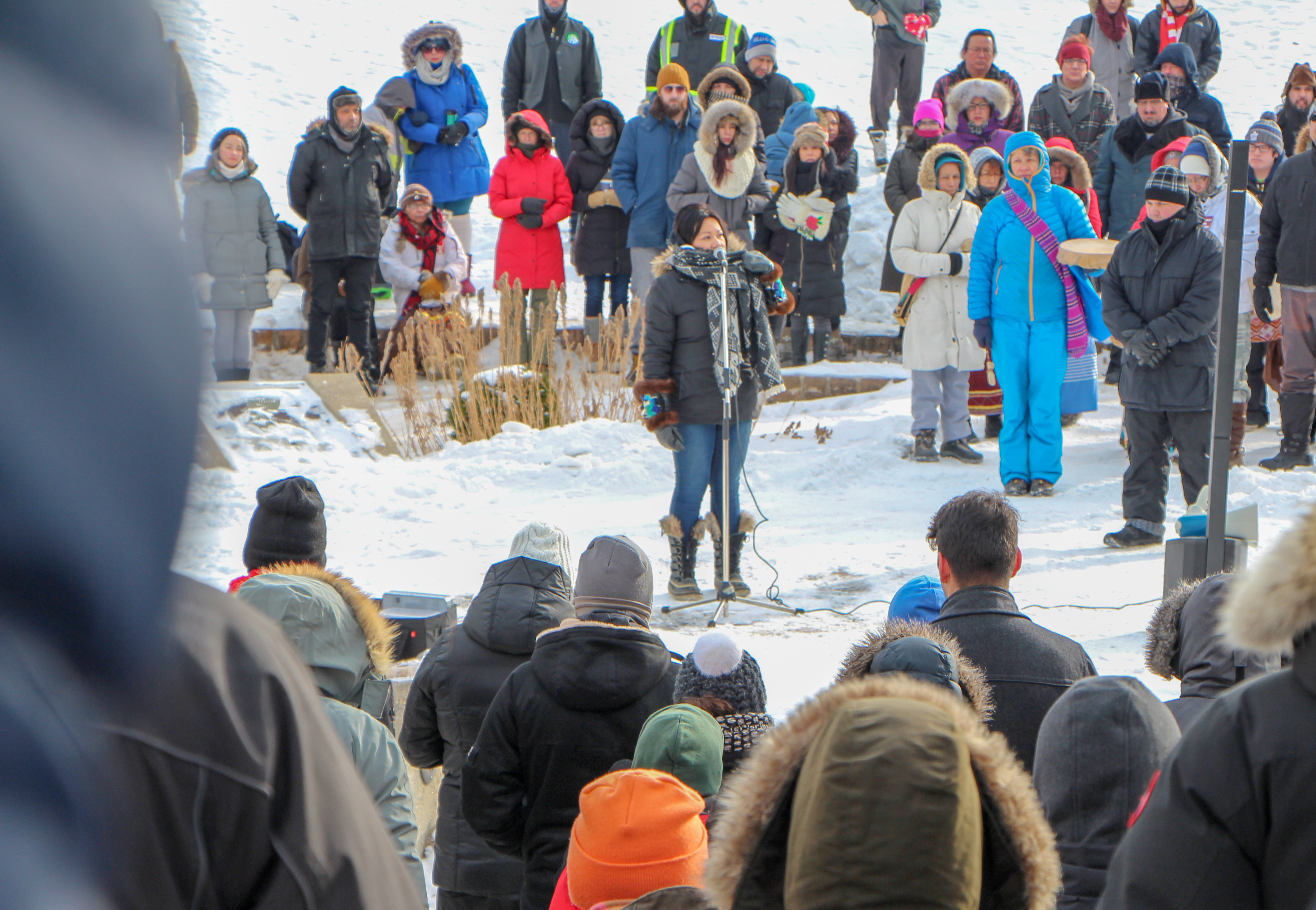 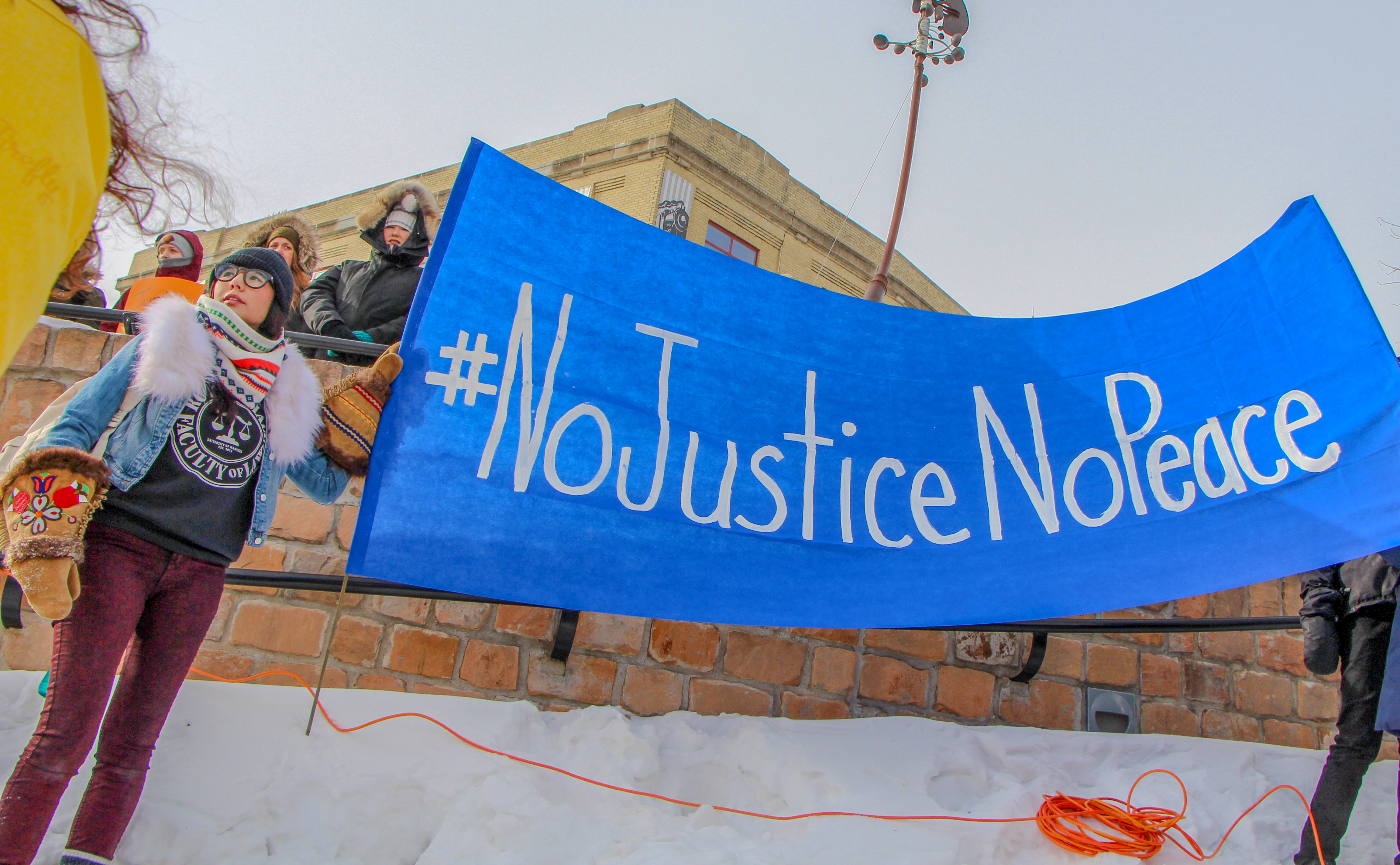 On Sunday, thousands of people across Canada participated in ‘Justice for Colten’ rallies following the acquittal of Gerald Stanley, a Saskatchewan farmer, charged with second-degree murder in the death of Colten Boushie, a 22-year-old First Nations man.

In Winnipeg, several hundred people gathered at Oodena Celebration Circle at The Forks. The atmosphere was morose. People huddled around the circle trying to stay warm in the -24 weather.

Grandma Gerry Shingoose, an Indigenous elder, started the gathering shortly after 2 p.m. with a smudging ceremony and tobacco offering.

“While I say the prayer, I ask each one of you to go into your heart, your spirit, and think about the family, how it must have been for them last night,” said Shingoose.

Maybe just replace all the bold with: Gerald Stanley was charged with killing Boushie on his farm in August 2016. Stanley’s controversial acquittal has been called an example of systemic racism by Indigenous groups.

On August 9, 2016, Stanley and his son were fixing a fence on their farm when a car drove onto their property. Inside the car were Boushie and four others from the Red Pheasant Cree Nation near Battleford, Saskatchewan. Court heard the men were trying to steal an ATV on Stanley’s property. Stanley kicked out the SUV’s tail light.

According to testimony, Stanley went to his shed to get a gun. He fired two warning shots in the air. Later, Boushie was shot in the head by a third bullet.

The jury was made up of 12 people. They had deliberated over its verdict for just more than 24 hours, before acquitting Stanley of the second-degree murder in the death of Boushie.

Grand Chief Sheila North Wilson, one of the rally organizers, told the crowd that her sister Kim Jonathan, Vice-Chief of the Federation of Sovereign Indigenous Nations, is in close contact with Boushie’s family.

“They’re so appreciative of the gatherings across the country. They’re watching and gathering strength from all of you, for being here today,” said North Wilson.

While choking back tears, North Wilson explained how she also empathizes with Gerald Stanley and his family.

“I also feel for the family on the other side of the story, because they’re clearly not in a place they understand, the magnitude of what happened. It wasn’t just an accident. There’s years of history behind that gunshot that took that life. We have to understand that as a nation. We have to come to grips with that,” said North Wilson.

She said thinking about the trial kept her awake the night before Stanley’s acquittal.

“I felt the pain and anguish of our young people, of our sons and our daughters,” said North Wilson. “We tell them to be good. And we let these things happen to them still. We don’t give them the opportunities they need to be successful. Not enough. We need to do more.”

Niigaan Sinclair, an Anishinaabe professor who teaches Native Studies at the University of Manitoba and one of the rally organizers, directed the crowd to walk toward the Law Courts Building on York Avenue.

Nearly 1,000 people, many of them parents with children, calmly walked down Broadway Avenue. The Winnipeg Police Service blocked off streets so people could walk safely.

Many people carried cardboard signs with messages such as ‘Justice for Colten’, ‘No Justice No Peace’, ‘Stolen Lives. Stolen Land’ and ‘Justice Sees Colour’.

Many people became frustrated when they arrived at the Law Courts Building. An Indigenous man in the crowd shouted.

“I’m sick of this shit, man. I grew up in this city all my life. I face racism every day,” said the man.

“The system of legality and technicality can turn its face on behalf of Colten Bouchie and their family, and in a second it can happen to you. And we must not allow it to continue,” said Dumas.

Seenie refers to an Indigenous woman and her nine-year-old son who were killed by an RCMP officer outside their house on Tsuu T’ina Reserve in Alberta, in 1998. Police had been called to the house for a domestic dispute. When Connie Jacobs left her house and fired a shotgun, the RCMP officer shot back.

“This is not any different with this young man who was murdered by this man who is protected by this system,” said Seenie.

The crowd was much smaller when it started walking toward Main Street. Roughly 100 people were left when it reached the Canadian Museum for Human Rights shortly after 4 p.m. 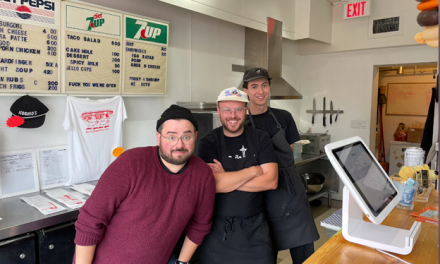