Winnipeg activists stand in support of BLM and Ottawa victim

Thirty people dressed in black gathered outside of the Winnipeg police headquarters on Aug. 24 in solidarity with the family of Abdirahman Abdi and Black Lives Matter Toronto.

Alexa Potashnik, the 23-year-old creator of local grassroots group Black Space, organized the rally to bring awareness to the altercation between the Ottawa police and Abdi, who died last month after being arrested.

“At times it’s hard to convince people that issues like this are vital and need support,” said Potashnik. “We’re not getting killed by police here, but it’s still a conversation that we need to have.”

Daniel BigGeorge, a 31-year-old political science and Indigenous studies student at The University of Winnipeg, was there to show his support.

“I stand in solidarity with my black brothers and sisters across the country, especially in Toronto,” said BigGeorge. “What’s happening to black people today is completely unacceptable. I can’t just stand by and do nothing, so I’m supporting in every way I can.”

On July 24, Ottawa police officers Daniel Montsion and Dave Weir responded to several disturbance calls from a coffee shop, where Abdi had allegedly groped a female patron. Abdi fled the scene toward his home, where Montsion and Weir stopped him. Witnesses said the two officers violently struck Abdi with batons, to both his body and head, and used pepper spray to subdue him. A doctor confirmed Abdi had died 45 minutes before arriving at the hospital.

After a couple people shared personal stories of their experiences with racism, Potashnik played music through the speaker for a 15-minute dance break.

“Black Lives Matter Toronto doesn’t focus on our oppression and struggles, but celebrates ourselves as people, and our greatness,” said Potashnik.

The activists danced and laughed together as police cruisers periodically drove by and scanned the area.

Kimberly Kostiuk, a member of the Bear Clan Patrol, brought her drum and sang a short song in solidarity with Black Space and Abdi.

“I came here to unite and sing a song for everyone who lost their lives,” said Kostiuk, before chanting. As the rally wrapped up, Potashnik told everyone what her next move with Black Space would be.

“We’re taking space at Nuit Blanche in an artistic way through activism,” she said. “Right now it’s such a white organization. They really need artists of colour. We’ll be taking up space, showcasing artists, and doing music collaborations with artists in the city.” 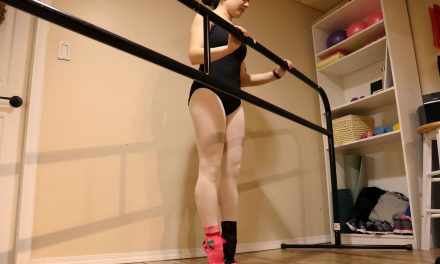