Granger for the gals

The book club launched online through the literary website Goodreads. The group will select and discuss one book each month. Since launching, the group has gained more than 90,000 members worldwide.

Gloria Steinem’s memoir “My Life on the Road” has been chosen as the first book to delve into. Steinem is a legendary feminist and activist.

Watson, most famous for her role as Hermione Granger in the Harry Potter series, started the book club as a way to discuss feminism and attract other prominent voices to speak up on the matter.

The Bay in downtown Winnipeg has decided to close yet another floor.

The fourth floor in the historic building is the latest addition to get the axe, leaving only the first two floors left. In 2013, the Paddlewheel Restaurant on the sixth floor was closed down.

The Bay is working with a development agency to come up with a plan for the rest of the building.

The building was founded in 1926, but is not protected as a heritage site unless The Bay initiates the process to apply for it.

RAW: Almond is heading to Churchill this winter. The pop-up restaurant will be setting up shop in March on the shores of Hudson Bay.

The restaurant intends to draw Winnipeggers as well as international adventurers to gaze at the northern sky and hopefully the northern lights. The intimate dining experience will host 20 people per night in a structure with a transparent roof.

Ticket packages will be released at the end of the January. RAW: Almond Winnipeg runs from Jan. 21 to Feb. 14 and is sold out. 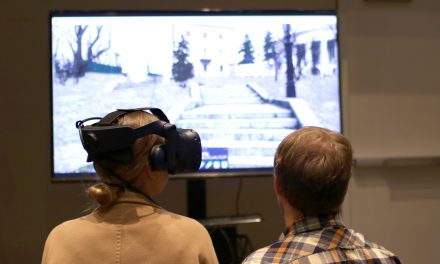