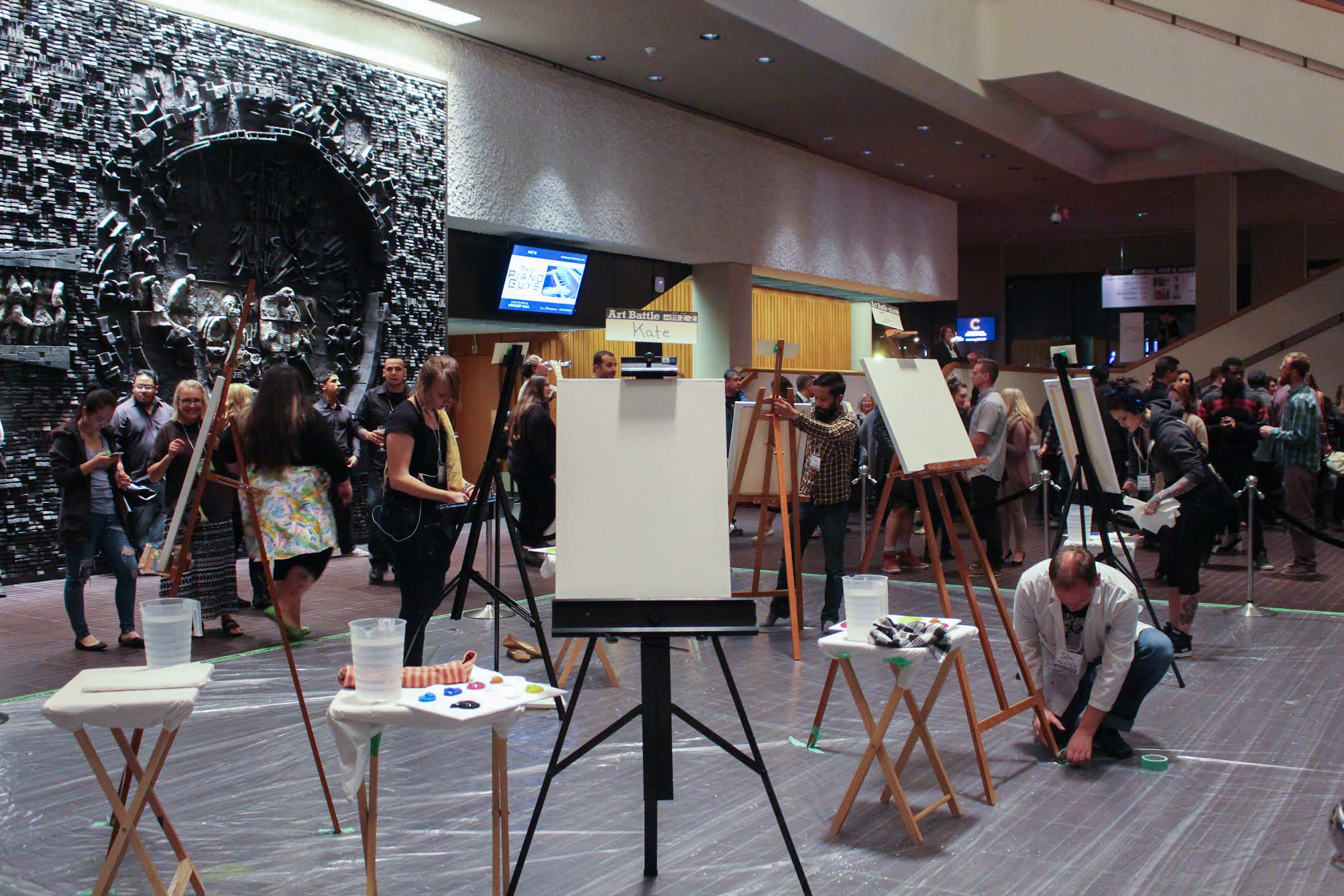 12 artists duke it out in live painting competition 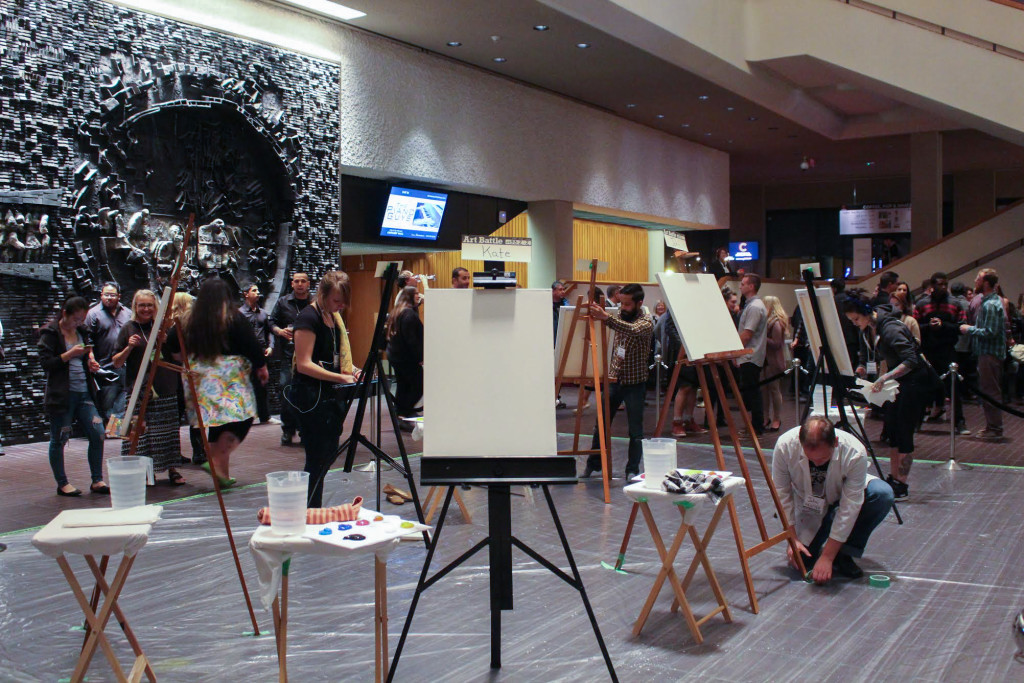 Picture an epic battle where paint replaces blood and art stands in for wounds, and you’ve got Winnipeg’s Art Battle 313.

Art Battle 313 brought 12 artists to the Centennial Concert Hall for a live painting competition on Oct. 9. They fought through three rounds of art-making mayhem to earn a spot in the citywide competition in spring 2016. The winner of the spring event will go on to compete in a national championship.

But these warrior artists earn much more than just another tier of competition, according to artist and event organizer Kristi-Marie Chech.

“It’s a huge door for artists to walk through to promote themselves, to network and to bring people out,” said Chech. “I’ve seen great relationships built between the artists and they’re aimed at helping each other.”

Artists also score commissions from the event with 50 per cent of all sales from the evening going directly into their pockets. This is important for artists to move from starving to surviving, said Chech.

“I just found it was a struggle to be an artist and I just thought ‘there has to be more than this,’” she said. “Winnipeg is great to start your art career, but it’s hard to survive.”

Artists have an average income of $26, 800 in Manitoba—that’s 37 per cent less than the national average of the overall labour force, according to a 2014 Hill Strategies Research called Artists and Cultural Workers in Canada’s Provinces and Territories.

Another study from the organization called A Statistical Profile of Artists and Cultural Workers in Canada revealed 11 per cent of artists also work multiple jobs. That’s compared to just five per cent of the Canadian workforce. 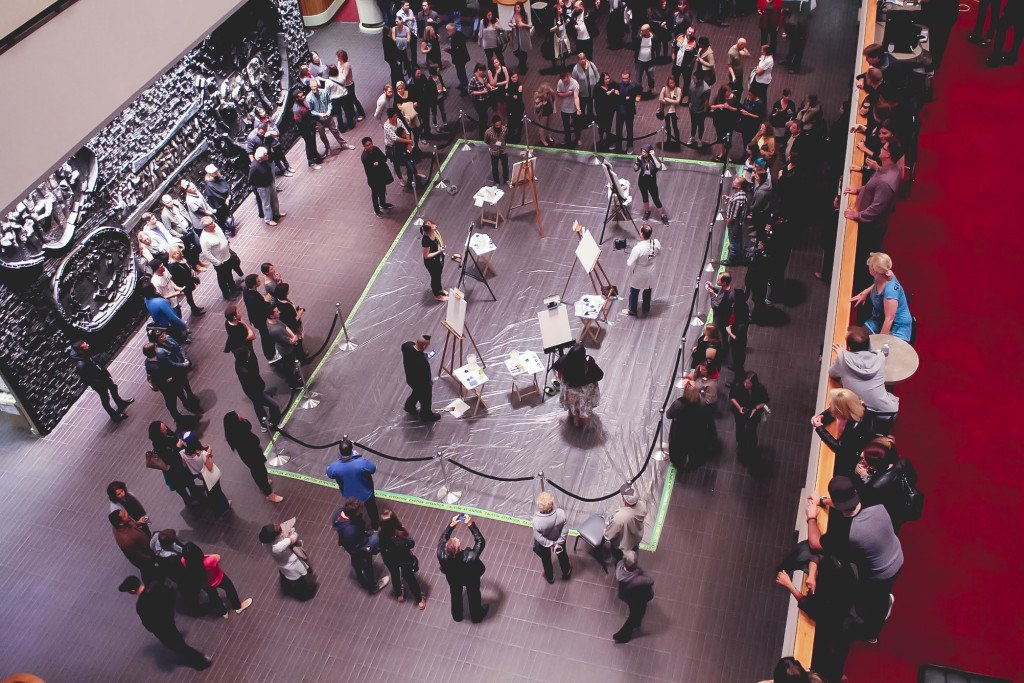 Winnipeg’s Art Battle 313 takes over the lobby of the Centennial Concert Hall. Attendees watch 12 artists speed paint through three rounds before one person is declared the winner. THE PROJECTOR/Rachel Carlson

“Art Battle is about promoting local and buying local art,” said Chech. “I don’t want people to buy their art at IKEA. I want them to support a home-grown artist, or a Manitoba artist or a Canadian artist. You’re getting an original, one-of-a-kind work and from that a relationship can grow.”

Artist Karri Starr said she takes between a few weeks to a few months to complete a painting. This timed event, she said, offered her a new experience.

“It’s something different than I normally do. I usually do portraits or sugar skulls,” she said. “I was nervous and freaking out beforehand, but I decided that it’s best to laugh at yourself and be messy as opposed to how I usually work, which is really slow.”

Her piece featured a sinister nun inspired by her experiences attending church with her father and boyfriend after they got sober.

“I’ve just been reading the Bible and trying to find the role of women,” she said. “Nuns are women and I’m a woman, so I wanted to bring out a woman’s perspective. This one was a little dark, but the ones I do at home are very feminine.” 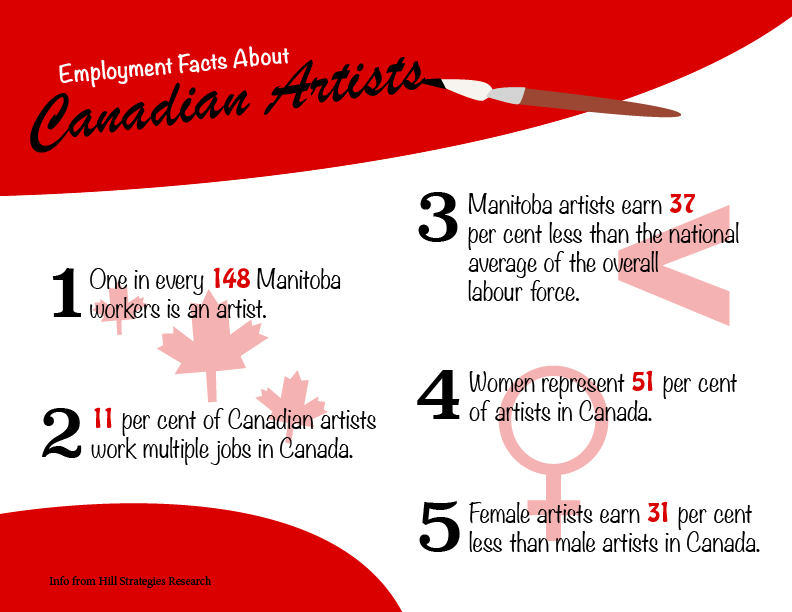 Taisa Matthews started painting a year ago and this Art Battle inspired her to carry on with her work.

‘This was my tester to see if I could do it,” said Mathews. “I haven’t got my name out there and I haven’t done anything. I said I’m going to do this Art Battle and if I don’t do so well, art will be my hobby. But if I do well and people like my art, then I’ll start commissioning it.”

Matthews made it to the second round.

First-time competitor Jola Liebzeit took the top prize with her final piece about looking into the past and finding hope in the future.

After last year’s season, there were about 1,200 artists involved and 2,500 paintings sold with each piece ranging from about $25 to $200 each, according to organizers. 2015 marked Art Battle’s seventh season, and this was Winnipeg’s second year of competing. 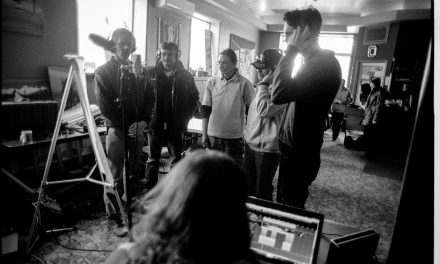 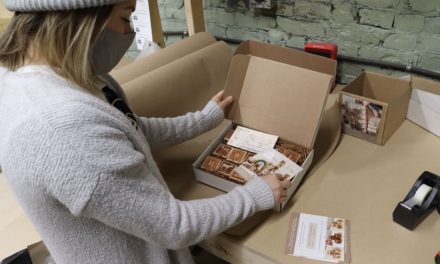 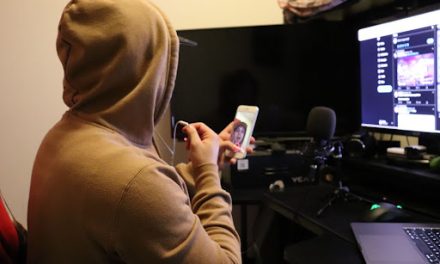