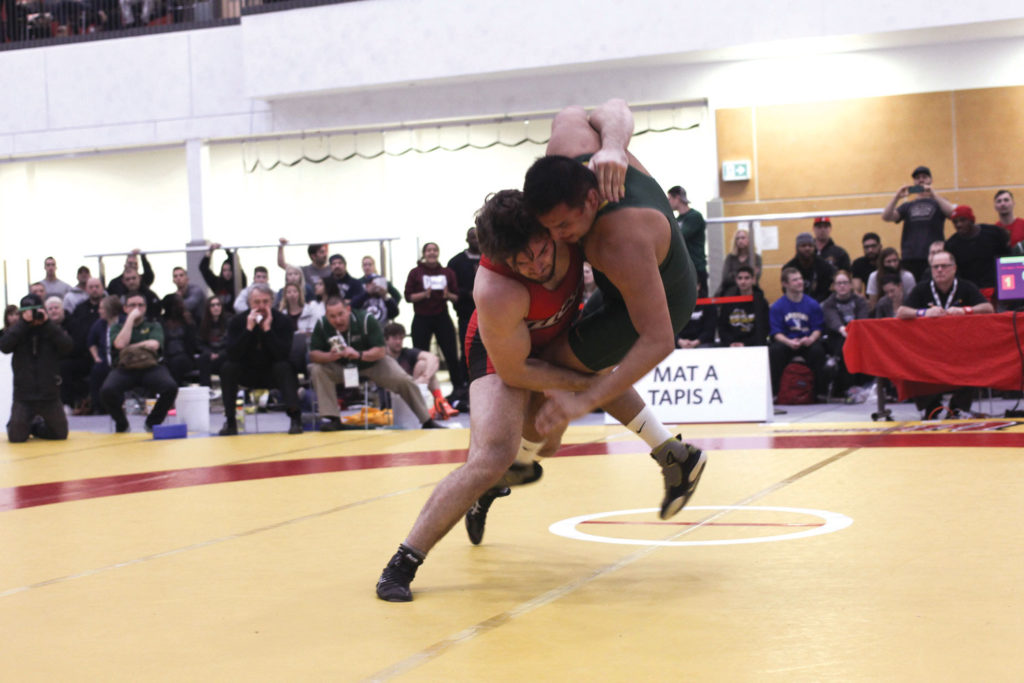 Finn Higgins competed in his final wrestling competition as a University of Winnipeg athlete on Feb. 26. Finishing his Wesmen career on a good note wasn’t the only thing on the line—Higgins was fighting for his third consecutive 100 kg title.

And he was doing it at home. The Wesmen hosted the national U SPORTS Wrestling Championship at The University of Winnipeg RecPlex on Feb. 25 and 26.

With all the pressure, Higgins just stuck to his routine.

“I always listen to the same two songs before and after every match,” he said. His pre-match song is New Workout Plan by Kanye West. “When I hear that song, no matter where I am, I get an adrenaline rush,” he said.

“I have to get into a cocky mindset,” Higgins, 21, said. “I have to exude being better than the other guy.”

He faced Waylon Decouteau from Regina in the finals.

Decouteau caught Higgins by surprise, scoring first when he pushed Higgins out of bounds. Higgins was visibly flustered.

“I never get scored on,” he said after the match. “I was kind of shell-shocked for a minute. But the energy of the crowd went through me and I focused again.”

Between the first and second period, Higgins talked to his coaches briefly then paced back and forth on the mat for the rest of the break.

He came back in the next period and won easily, scoring two takedowns that had the crowd cheering. He then scored a push-out to win 11-1 by technical fall — scoring ten more points than an opponent.

“I feel amazing,” Higgins said. “My dad’s here, my family, all my friends, and they got to see my last match.”

Higgins credits his success to Winnipeg and the Wesmen team.

“He was wrestling in Wyoming, but it wasn’t a good fit,” Eric said. “He was losing his enthusiasm for wrestling. After he moved here, he started loving it again.”

“The right people in the right place can make you flourish, and this was the place for Finn.”

“Our program is athlete centred,” said Wesmen coach Adrian Bruce. “We get the athletes involved in the decision-making process to get a better outcome.”

After the win, Higgins said he needs to catch up on homework. He plans on graduating from the film department this year. After that, he plans on pursuing other dreams.

“I want to fight in the UFC,” Higgins said. “After this, I’m going to take a little break and then fully gear all my training toward my UFC dream.”

Higgins says it’s the people in his new home that made him who he is today.

“They care. They genuinely care. It’s super special. That’s why Winnipeg is my home now,” he said. “I am going to stay here.” 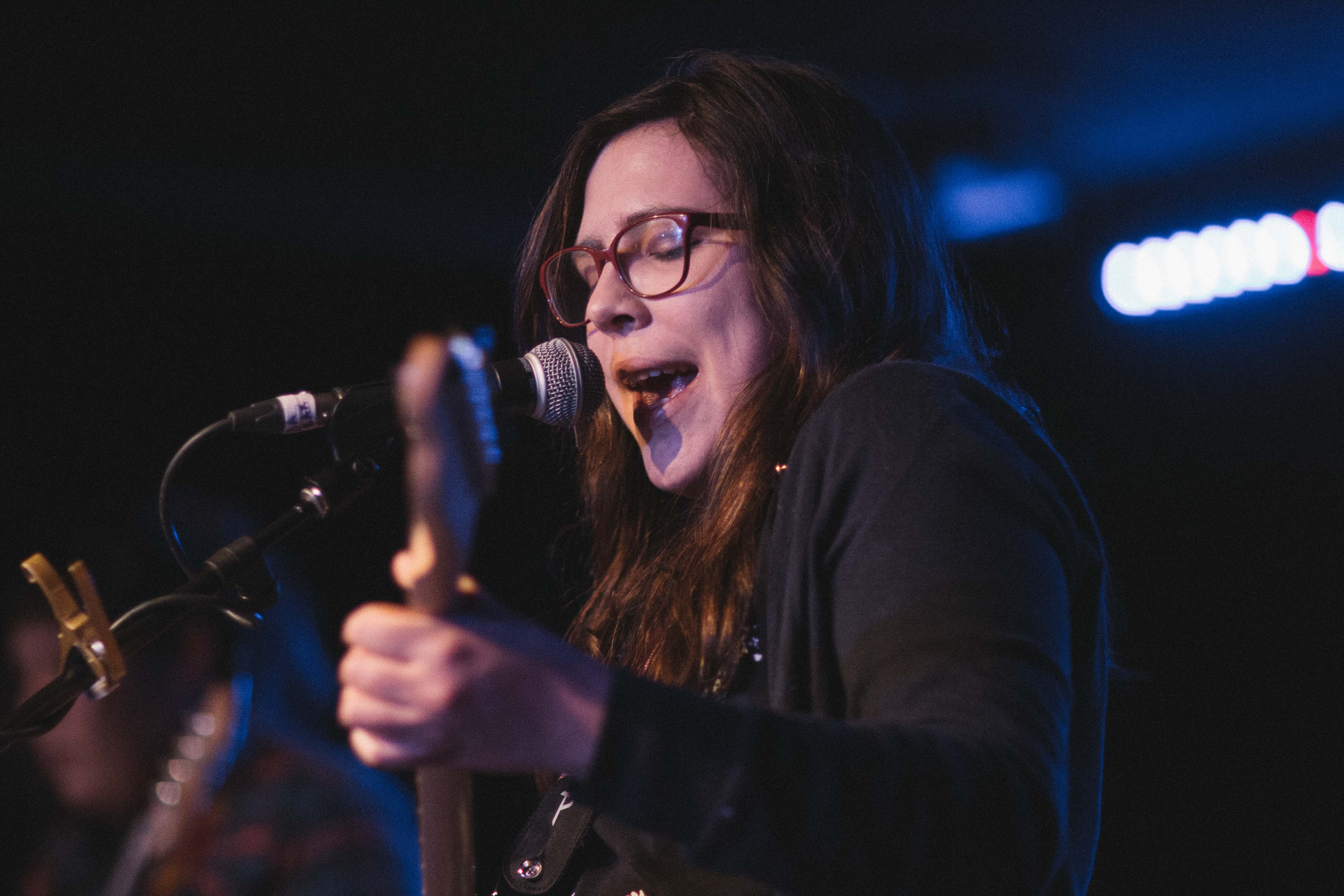 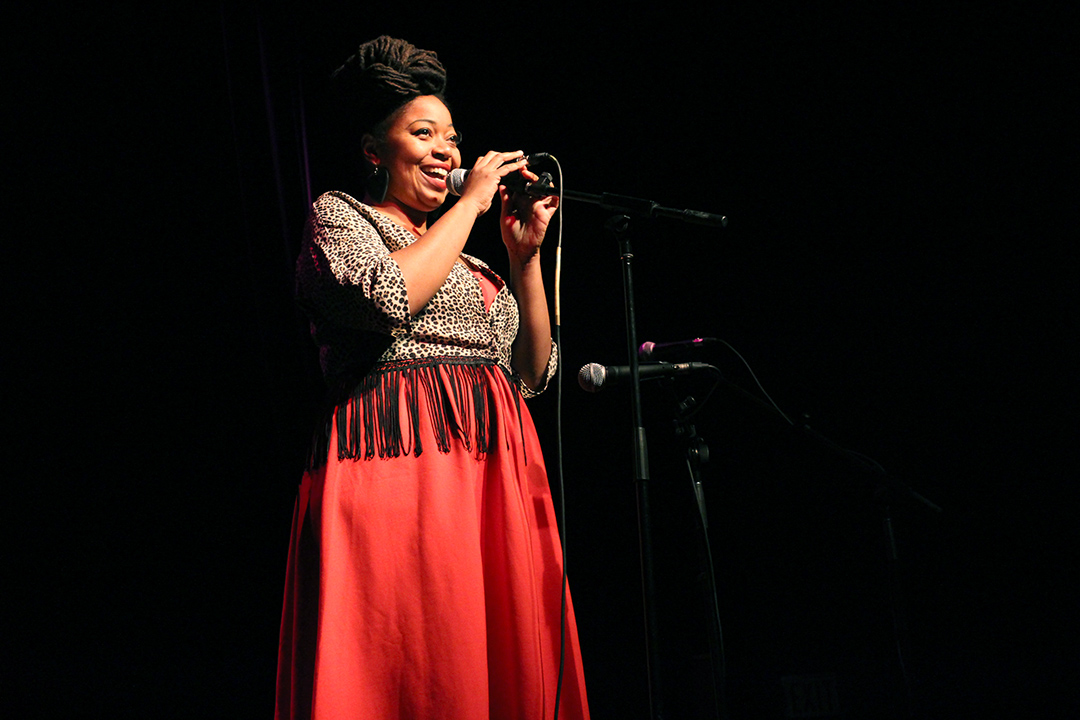