A turbulent October for Jets

Jets not soaring quite yet, but the plane’s in the air

It seemed a lot of Winnipeg Jets fans were ready to recline their seats, unlatch their tray tables, and take off their seatbelts before the plane actually reached cruising altitude this season.

If you were expecting the Jets to coast smoothly from the start of the 82-game regular season all the way to a Stanley Cup victory, you’d better buckle back up.

This is your captain speaking: We’ve hit some turbulence.

It hasn’t been a bad first month for the Jets, who hold a 6-3-2 record, but it’s been a bit of a bumpy ride at times.

The Jets have asked fans to “rise together” this season. The question remains, however: Will the team? Do they have the right fuel to reach the playoffs, the ultimate destination the pilots of the organization have been teasing for years now?

General manager Kevin Cheveldayoff did his best to fuel up the Jets in the offseason. He addressed what seemed to be the most pressing needs for his club, adding goaltender Steve Mason and defenceman Dimitry Kulikov through free agency.

With a healthy defence, oodles of scoring talent, and a bevy of bottom-six depth players, you can forgive Jets fans if they thought there would be no problems getting this plane off the ground.

It’s clear now, however — this craft has some mechanical issues. Fixable, but not ignorable.

Mason, who was hailed as a panacea for the Jet’s inconsistent goaltending last season, has yet to produce a win and has goals against average of 4.84. He’s had to relinquish the controls back to Connor Hellebuyck – who was supposed to be the crease copilot this year – as he’s been much better, with a sparkling 1.91 GAA and 6-0-1 record.

The defence has looked often porous and occasionally lazy, and the much-heralded bottom six has been stuck in the taxiway for most of the month, producing only 11 points. Nic Petan and Marko Dano, in particular, have looked especially like oversized baggage (Petan was sent down to the AHL). Their anemic power play, which could put Christian Bale’s character in The Machinist to sleep, is operating at only 14.7 per cent. In some games, like the game last Friday in Columbus, they looked uninspired and bored.

The Jets got blasted by Toronto and Calgary to begin the season, leading many fans to shout “mayday,” grasp for the oxygen masks, and ready to use their seats as floatation devices.

Don’t brace for impact just yet. The plane definitely has not “crashed into the mountain,” to quote a character from my all-time favourite movie.

The Jets, through the latter part of the month, look to be stabilizing. In some (not all) games, they’ve looked like a playoff team – on Sunday, they exploded for seven goals, and on Halloween, their team play was a treat to watch.

They’ve grabbed points in their last four games. Connor Hellebuyck has been solid and looks like the future again. Top forwards Mark Scheifele, Nikolai Ehlers, and Blake Wheeler are producing. Young players Kyle Connor and Brendan Lemieux – who started the season with the Moose – have come up and made an impact. They’re right in the playoff hunt.

There’re many miles to cover before the season is through, and they can’t all have clear skies. There will probably be more tempestuous ones ahead. You may want to get a lid for that cranberry juice. 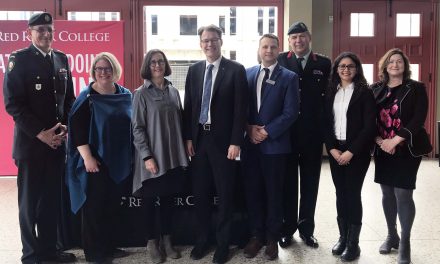