The idea for a new indigenous magazine came up when its founders were chowing down.

During an indigenous youth leaders’ dinner, Ashley Richard and other magazine team members brainstormed the idea of Red Rising Magazine. The purpose, she said, was to take control of their voices.

“We got to talking about starting an indigenous magazine and got so excited,” said Richard. “We hyped each other up about it for the rest of the meal and then we put it into action.”

Richard, 25, said although the concept was developed before they finished their meals, , the name required a bit more digestion.

“We tossed around a few titles. We narrowed it down to either Tribe City or Red Rising,” she said. “I think what worked about the final title was the word ‘rising.’ The whole idea is to lift a new generation with our own voices.”

The magazine is a collection of indigenous-themed poems, short stories, essays and artwork created by young Winnipeg artists. The first issue of Red Rising was released in October. Richards said the team is still wrapping their heads around the success.

“We started by printing 1,000 copies and they’re all gone,” she said. “It’s really exciting. I didn’t know it would become as popular as it did. The response was actually overwhelming.”

Red Rising accepts submissions from all young artists, not just those from First Nations backgrounds.

Tessa Blaikie Whitecloud is a non-indigenous contributor. Her article “FAQ on being an indigenous ally” appeared in Red Rising’s first issue.

“It’s really important for non-indigenous people to engage as allies on issues facing indigenous communities,” said Blaikie Whitecloud. “My article talks about how to do that in a justice-focused way.”

Red Rising is looking for submissions that cover topics such as language revitalization, current issues and politics. In addition to creative writing and visual art, the Red Rising team accepts music and video submissions.

The red Rising team is planning to produce four issues this school year with the next issue being released in January 2016.

Issues of Red Rising can be bought online for the suggested price of $10, according to their website. If you want to be published in their next issue, submit your work by Nov. 27.

Editing on the submissions is minimal, according to Richard.

“We’re trying to encourage indigenous youth to voice their opinions. We take submissions and publish them as they are, no advertisements or anything,” she said. “We’re giving them a say without interference from the media.” 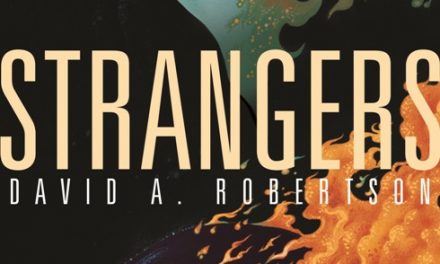