Light display of Winnipeg’s Canadian Museum for Human Rights at the Lights of the North lantern festival on Sept. 8, 2018./NICHOLAS DE LUCA-TARONNO

Red River College students seeking a study break or itching to find some creative inspiration may want to check out one of Winnipeg’s newest events at Red River Exhibition Park, Lights of the North.

Lights of the North is a Chinese Lantern festival that celebrates the 30th anniversary of Winnipeg’s relationship with its Chinese sister city, Chengdu.

In 1988 Mayor of Winnipeg, Bill Norrie, and Chamber of Commerce President, Dorothy Dobbie, built ties with the city of Chengdu – known as the “twinning” of the two cities. This affiliation between Winnipeg and Chengdu primarily focuses on trade and tourism.

Additionally, Prime Minister Justin Trudeau and Chinese Premier Li Keqiang titled the year of 2018 as the Canada-China year of tourism, alluding to the growing number of Chinese tourists that visit Canada.

“We are hoping to use this event to hook those two cities together, so we have more and more opportunities with trade,” said Chao Dong Zhang, director of volunteers. “This is the first full on event in Canada. If they plan on doing any other cities, the next step would be Toronto.”

Some notable highlights of the event include a wide selection of Chinese cuisine, cultural art pieces, a green screen photoshoot, acrobatics, dinosaur themed attractions for kids, and millions of LED lights representing Chinese culture and Winnipeg as a whole.

Among these highlights is what is called dough modelling. Near the exit of the expressway sits a small booth run by Chen Xue Gao.

Gao specializes in observing the appearance of a photo or live subject in order to make a dough version of that individual in just 10 minutes. Now a master in this craft, Gao has been dough-making for 32 years.

“(dough making) is our tradition for 5000 years. It’s an old expressive art, so I want to show this culture to other people,” said Gao.

Chen Xue Gao sculpts a dough model for a customer at the Lights of the North lantern festival on Sept. 8, 2018./NICHOLAS DE LUCA-TARONNO 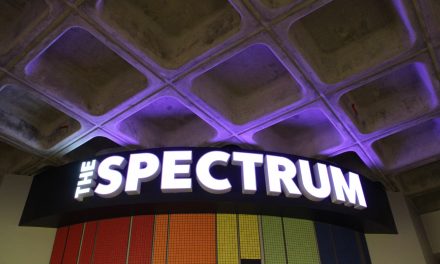