Are these the movies that influenced Millennials the most? Are they the movies that best represent them as a generation? It may be those things, but for the most part, these are simply the 100 Greatest Movies as PICKED by Millennials. No more crotchety critics who only like black-and-white cinema verite; no more Hollywood elites who think modernism isn’t classy enough. These are the movies that affected Millennials the most, that spoke to them the most. These are the movies they liked the most. Naturally, many of the choices here will be hotly debated, but that’s part of the fun of a list like this. It focuses people’s attentions and gets them thinking about the things that really matter in film, the things that truly constitute greatness. So, without further ado, here are our next set of choices for the best movies ever made:

We all knew the outcome (or should have), and yet we were glued to our seats, riveted to the last reel when the space shuttle Odyssey cleared through the atmosphere and landed in the pacific. Ron Howard, in his finest work, put the audience right on that spacecraft in Apollo 13, and the result was part suspenseful thrill-ride, part uplifting human fable.

After Scream, self-referential horror movies almost became their own genre. But don’t forget where it all started— with this clever, hip, and endlessly scary slasher flick that told us what to expect, and then flabbergasted us anyway. For many Millennials, Scream is where their love of horror started. And now it’s a never-ending love affair.

In 2000, the world was introduced to Christopher Nolan, and he has since gone onto become one of the most crowd-pleasing auteurs of “big” cinema. Memento, however, reminds us of just how effective he still was when he was small. A mind-bender to the extreme, Memento is proof of how satisfying a movie can be when it makes things really hard on us.

That rare and beautiful combination – gut bustlingly hilarious, and innately sweet. Both Steve Carell and Judd Apatow became household names thanks to this raunchy, brutally honest tribute to sexual UNpromiscuity. We’re thankful they did.

News flash: Keanu Reeves was good in a movie. Not just good – really good! It may have been because his blank stupor was so fitting with the character, but he brilliantly led this supercharged action thriller to its “explosive” extreme. This is what happens when you take a simple (and somewhat silly) conceit and turn it into adrenalized poetry.

It came out only two years after Richard Nixon resigned as president, making it a timely political drama. But All the President’s Men has aged beautifully because it is such a keen reminder of what journalism once was, and should still be—a lengthy and meticulous investigative process. Timely, sure, but also timeless.

When people call it the scariest movie of all time, they really mean the “creepiest.” You may not jump from your seat, but you’ll be unsettled for days, and the psychological trauma may be everlasting. Is that exorcism scene the greatest in horror movie history? It has our vote.

The most classic Christmas movie that isn’t really a Christmas movie. Frank Capra’s soul-churning masterpiece is regarded as feel-good, and it is, but it’s also darkly harrowing in a way that often goes unnoticed. The movie is more grounded in reality than all the cliché jolliness might suggest, which makes It’s a Wonderful Life worthy of all its praise that has gained a bit of an overcooked reputation.

World, meet Indiana Jones. To Millennials, the name is synonymous with action, adventure, and mystical intrigue. And this is when we first met him. When it came out, movies had seen nothing like it. Since then, we’ve seen countless imitators, and none of them impressed us even half as much. 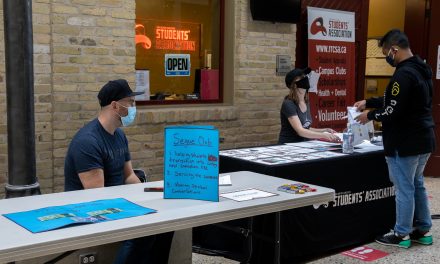