Red River College has purchased a building beside the Roblin Centre in the Exchange District.

The red brick building at 319 Elgin Ave has the sign Exchange Dental Centre on the outside, but inside the dental centre is no longer there, according to current staff working in the building.

The daycare is on the second level of the building, and Patal is on the fifth. A set of blue stairs with more than thirty steps greets guests in the front entrance. There are signs that lead to Patal’s office on the fifth floor so people don’t get lost in the empty spaces. All of the rooms and floors besides that are vacant. Some old offices are mostly empty, with the odd box and left-behind water bottle.

On the second level, blue, yellow, red, and green squares pattern the floor that leads to the daycare. Wanda Bruenig, director of Take-Care Day Care, said that the daycare rents the space. They also have four other locations.

“We didn’t know the building was purchased (by Red River College) until they already owned it,” Bruenig said. “Our landlord had told us the building had been sold but didn’t say who it was sold to.”

“At first we were going to leave the building, but then we were able to stay,” she said. “I’m happy to still be there.”

She said she’s not sure how long the daycare will stay in the building. She is glad the college warned them that there could be construction in the future, and in that case, the daycare would probably have to move.

“We can’t have children around construction sites — it’s just not safe,” Bruenig said. “I’ve been in the field for a long time, and if they’re updating things in the building, I can’t be in there.”

“Whether or not we’re part of the future (of this building) or someone else is, we’ll have to see,” she said.

Bruenig said she would like to stay in the building because it’s helpful for students and people who work downtown. But ultimately, she said many of her locations are close to this area anyway so it would be OK.

She said she’s been in contact with the college occasionally. She will email them if she has any questions, and she said the college has been good at replying and providing her with the information she needs.

“But there hasn’t been ongoing information throughout the process,” she said. “This is all up to the college, and it’s a huge process for them with their plans and funding — I’m sure it’s not cut and dry.”

The college doesn’t yet have a comment on this purchase.

“Our plans are still in the development stage for our expansion into the Exchange District, and we’re still not in a position to make any formal announcements at this time,” said Conor Lloyd, communications officer for the college.

Lloyd said the college will comment once it is in a place to do so. 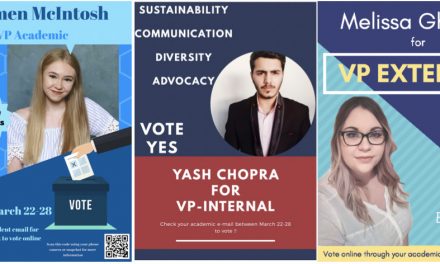 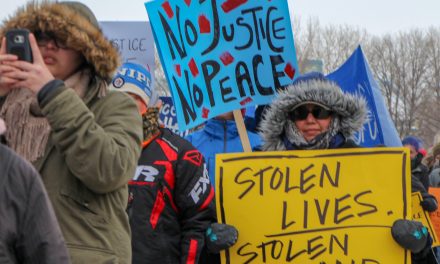